Carbonneau Backtracks On His "Truth Will Come Out" Comment 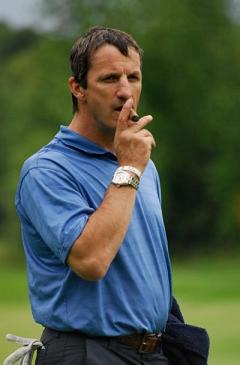 Say what you mean. Mean what you say!

In a phone interview with La Presse's Richard Labbe, former Canadiens coach Guy Carbonneau backtracked on a pair of statements he made in recent weeks, offering some clarification to the intent of his comments upon his firing and prior to that, his handling of the team,

The former coach admitted that he was surprised by the reaction given to his comment upon his firing, that the truth would one day become clear. Carbonneau now clarifiers that he had nothing precise in mind when he made that statement.

While saying that he had no regrets over his tenure, and that he would have not have changed a thing, Carbonneau did admit he erred in telling journalists after one particular loss that he had run out of solutions to explain the team's standing. He explained his statement as being more in the sense that he had nothing new to add that day, having answered similar questions numerous times over the past few days. 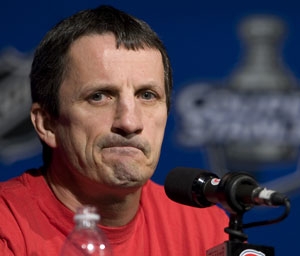 Carbonneau is admittedly disappointed at the Canadiens first round loss, but confided that had hadn't spent much time watching the games on television, preferring to focus his thoughts elsewhere in order to clear his mind of things. He has been conspicuously absent from the public eye in recent weeks, apart from attending the Artis gala this past Sunday evening, during which he received a long and warm hand from those gathered. For Carbonneau, the reaction was both comforting and surprising.

Asked if he'd seen the games, Carbonneau replied, "Not much, maybe two or three minutes here and there, some other team's games as well. I was mostly trying to do other things. Going to the movies, for example. I didn't push too hard with hockey. For me the important thing was to distance myself for a time."

Queried further about about the team and how the season ended, Carbonneau said, "Nothing worked this season, but it's not up to me to say what went wrong."

The former Canadiens coach was well aware that his name had been chanted by fans during games 3 and 4 of the Habs and Bruins series, and he qualified the gesture as comforting as well.

Carbonneau made note of his disappointment at the Canadiens elimination, pointing out that his long association with the team makes him a family member of sorts, who will always have the team at heart.

"A quick elimination like that is unpleasant for the fans and the city."

Carbonneau intends to get back into a hockey head frame shortly, as he is hoping to coach again in the NHL starting next season.

"It's not me that decides on destinations. We'll see, but I think I'd like to be back behind a bench next season doing what I did with the Canadiens. I enjoyed the coaching experience and I want to continue it.