Share All sharing options for: NHL Round Two Predictions 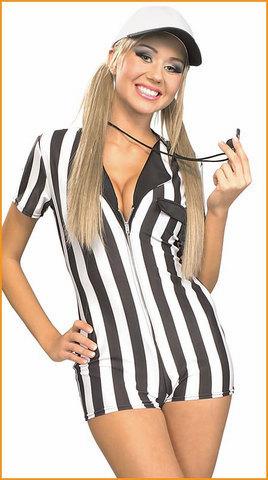 Round one of the 2009 post season is in the books and one major upset has taken place in the Ducks undoing of the Sharks, which did not neccessarily surprise some keen observers. Some may term the Hurricanes defeat of the Devils - especially in the late seventh game circumstances - an upset as well, but for all intents it was a hard series to call from the get go.

As clear cut as some of the previous round's matchups were, the semi finals look to be even tougher to judge. 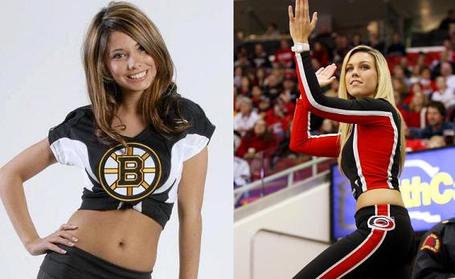 This is a total toss up as both teams are playing great and I think they match up very well. I see Carolina with a slight edge in goal with former Smythe winner Ward having experience over Thomas. The Bruins top D pairing of Chara and Wideman will give Staal, Whitney and Larose more trouble than the Devils could muster. I see as many as three overtime game here. 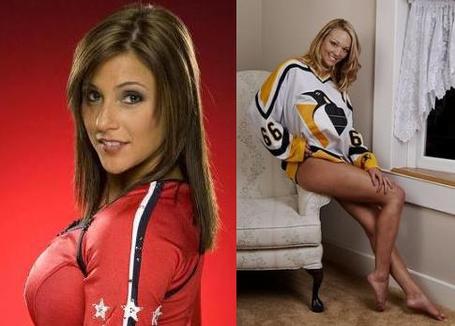 Won't the NHL love this matchup: Sid the Squid versus Ovechkin - should be a classic high scoring series. I wouldn't be altogether surprised to see this one go seven games, but I think the Penguins have an edge due to last year's Cup run. I see Jordan Staal playing a big role in this series, and I cannot see Varlamov shuting down the Penguins offense. 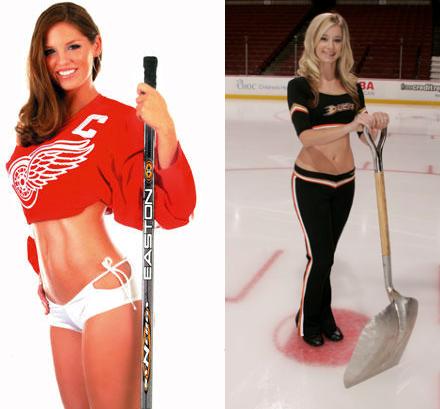 For several reasons, the Ducks cannot do to the Red Wings what they managed against the Sharks. Playing tough against Detroit, who adapt well to any game thrown at them, just plays into their hands. Detroit, unilke San Jose, do not coil under desperation, and do not shoot wildly when pressed. This is a much more composed team the Ducks will face. There'll be a couple of close one in this round, possibly being decided in overtime. The Red Wings just have too much depth and speed for Anaheim to handle. 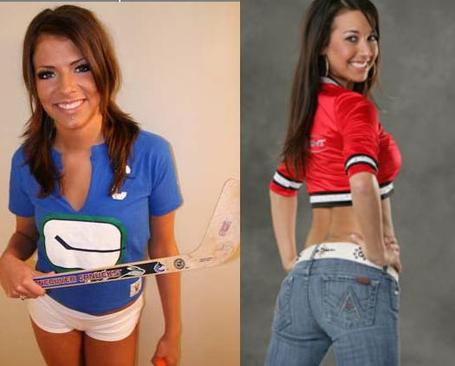 Getting past this stage, I don't believe there is enough of a balanced attack on the Canucks to go any further unless Luongo can steal a few 2-1 and 1-0 games - unlikely against Chicago. Due to their youth, I see Chicago as being the team that has the ability to deal with adversity best as failure hardly looms over them at this point. My thinking is that the Flames were a grittier opponants than Vancouver can be, and the Hawks handled Calgary evening their series with surprising poise. The Canucks can wear opponants down with their style, but beyond the Sedins, Kesler and one or two others, I just don't see where the big goals will come from. 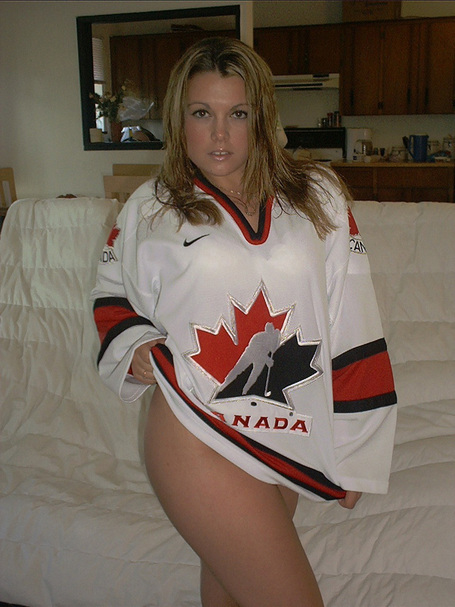 So how did you make out with those first round predictions?

No really huge surprises, unless of course you thought this was Joe Thornton's year to grow testies.

What can I say, I flubbed on the Sharks, Habs and Blues, who I all called to win in 7.

The rest was almost spot on.

I gave the Blue Jackets too much credit against the Red Wings, calling Detroit in 6, and I underestimated the Rangers (or overestimated Theodore!) saying New York would bow down in 5.

I called the Blackhawks in 6. Check.

The Penguins in 6. Check.

The Hurricanes in 7, and I suggested in OT just to be a smart guy.

I threw out the prediction challenge to readers and five of you took it up.

Scoring five points each for naming the winner and five more for the correct number of games, Doug scored best, with 7 of 8 teams guessed right, for 45 points. Doug correctly called the Penguins and Blackhawks in six.

Tied with Doug was Blockersave93, who had five teams correct, and nailed Carolina, Pittsburgh and Anaheim.

Forsbergnut21 scored 40 points, getting 6 teams right. He chose all eight favorites, and messed on the Sharks and Devils. He was spot on in the Chicago series, and rules with his pick of a Detroit sweep.

I scored 40 points for my picks.

Wamsley took a pass on the Habs / Bruins series (which I should have done, it turns out!) and got 5 of 7 series winners correctly. He was dead on with Pittsburgh and Carolina, and also called the Capitals, Wings, and Canucks to advance. Wamsley's total: 35 points.

Saskhab also had 6 of 8 on the mark for 30 points. He called no series in the correct numbers of game, and only struck out on the Sharks and Blue Jackets. Columbus in seven! What Chris Osgood yanking did you watch, man?

For round two, anyone wanting to jump on boards for fun is welcome. I'll add one little thing in addition to the series winner and number of games. This time around, let's try naming the player who scores the game winning goal in the series clinching game.

Bummer all this fun has to wait for Friday!