Sale Of Canadiens Could Net Gillett Up To $450M

Share All sharing options for: Sale Of Canadiens Could Net Gillett Up To $450M 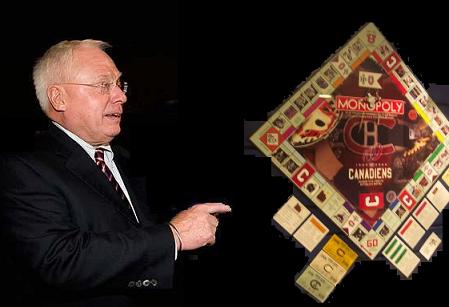 Translated in part from an RDS piece by Renaud Lavoie and CP text.

There is much uncertainty revolving around the state of the Montreal Canadiens, but the biggest question remains whether owner George Gillett, who is seeking forms of liquidation, is interested in holding onto the team. One thing remains clear, and that it the Canadiens are making a healthy profit.

RDS has received copies of the private document handed to potential buyers of the club, and the numbers are very revealing. In the year ending in June 2008, the team's total income reached $288 million, representing a profit of $45 million.

The Bell Centre has been sold out for every game since 2005, and the per game revenue is close to $2 million dollars, placing the Canadiens second in the NHL in that category.

Not only is the hockey team showing a large profit, the Gillett Entertainment Group is a growing business as well. Since forming in 2002, revenues are up 22% and the corporation will be taking in close to $100 million in 2009.

While no one is about to confirm such details - BMO Group president Jacques Menard had no comment - the finance minster for the province of Quebec shed some light on a few details.

"The groups who have receiced these documents are presently studying their details", confirmed Raymond Bachand. "It should be a few weeks before a clearer picture emerges. Jacques Menard has been informing me regularly in regards to what types of financing SGF or Investissements Quebec could offer a potential suitor."

As for Menard himself - who has already lived through the adventure that was the Montreal Expos sale - he sought to comment on the notion that the Canadiens performance on the ice could affect the value of the potential sale.

"This is an institution, that in the eyes of a community or an eventual owner, is an asset that they will sustain in trust for a long period of time. Performances by the team over the short term, in my opinion, will not have an impact on the motivation of an individual or a group interested in a sports team."

The big question now is, how much are the Canadiens worth. Certain buyers have the team assessed at $350 million, but the reality is that George Gillett could pull in $450 million for the team, the Bell Centre, and the Gillett Entertainment Group.

Jean Charest's provincial Liberals, through it's financial branches, are ready to consent loans up to $100 million dollars to assist a Quebec based group with the purchase. Bachand confirmed as much during a press conference, but made clear that he is not advising any of the parties invloved. He did mention however, that Menard, who's BMO financial group is counselling Gillett in matters, has received a proposition from the Caisse.

Back in 2001, Gillett himeslf borrowed up to $140 million from the Caisse to assist in his purchase of the Canadiens.