Gainey Should Target Bruins' Kessel And Krejci With Offer Sheets

Share All sharing options for: Gainey Should Target Bruins' Kessel And Krejci With Offer Sheets

With the 2008-08 Canadiens now officially put to rest, the focus is now what will happen in 67 days time on July 1, in the free agent open season.

In the interim, Habs GM Bob Gainey's desk will have the portfolios of the Habs 11 UFA's and 6 RFA's spread across it, some coaching applications, and documents pertaining to any other free agent players of interest.

It will be a busy summer for Gainey and the speculation has already begun in great detail as to what his moves will be regarding his own players. July's unrestricted free agent crop has many alluring names, with at least a dozen that would upgrade the Canadiens greatly.

Should Gainey truly want to hit a homerun, he would be wise to consider going the RFA route, which offer sheets to younger talent with more long term upside.

To that end, I'm thinking why not throw a couple of strong long term offers at the Bruins Phil Kessel and David Krejci.

The Canadiens want to make ground on the Bruins, and the offer sheets present a win / win scenario for Montreal in which they either gain the players or succeed in pushing the Bruins into cap hell.

Boston are already committed to 17 players for close to 47 million on next season's cap. Their UFA's include goalie Manny Fernandez, Shane Hnidey, Steve Montador, Mark Recchi, Stephane Yelle and P.J. Axelsson, of which only the latter two will be of retaining interest. 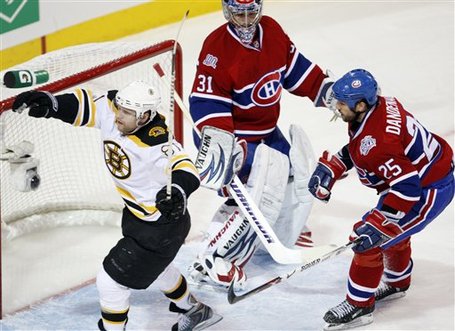 Supposing the cap comes in at approximately 55 million - a fair estimation given the economy - the Bruins would be in a fix when it comes to retaining both Kessel and Krejci. Matt Hunwick is also an RFA the Bruins have interest in keeping.

Can the Bruins satisfy Kessel, Krejci, Hunwick, Axelsson, and Yelle with 8 million dollars to spread between them? It's doubtful. Even breaking the equation down to simply Kessel and Krejci, the Bruins could have trouble pleasing both.

This is where the Canadiens can enter the picture, as other teams will also pursue this duo agressively given the Bruins cap wall. Kessell, a 20 year old 36 goal scorer has 50 goal potential written all over him. In Gainey's words in regards to Carey Price, Kessel is also a thoroughbred, a possible franchise player that in this market is quickly worth a 7 million dollar renumeration. Krejci, is worth 5 million himself. 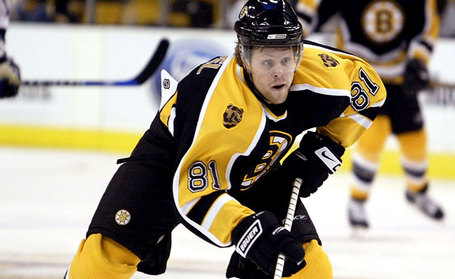 Montreal has just over 30 million to spend next season. Does it not make more sense to place that money on young talent rather than the ageing vets unrestricted free agency normally offers?

If Gainey wishes to turn the Canadiens around rather briskly, going after the Boston kids or Vancouver's Sedin twins is the quickest way.

Then there is Lecavalier, but the sentiment is he has already shot himself purposely in the foot on that one.

Here is a team by team list of the better name UFA's available. Players potentially of interest to the Canadiens are in bold type. 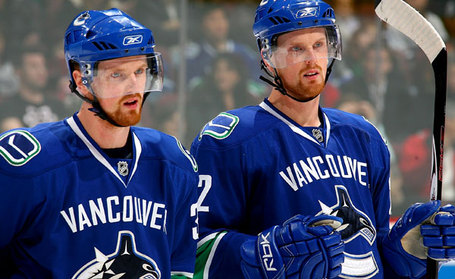