Markov skating, but not yet ready for game action

Share All sharing options for: Markov skating, but not yet ready for game action 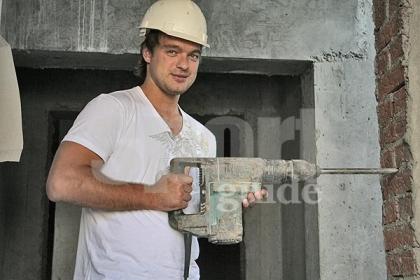 According to RDS and other sources, Habs defenseman Andrei Markov has been skating the past three days at the Canadiens training facility, but coach Gainey has given no indication that he is close to returning to action imminently.

"Nothing tells us he is ready to play", stated Gainey after the Canadiens morning skate at the TD Garden.

Markov, the second leading scorer on the Canadiens, has missed five games since injuring his left knee against the Maple Leafs on April 4. The original diagnosis spoke for a three week absence.

Without Markov in the lineup, the Canadiens are a different team since the lockout, going 6-16-2 in the 24 games he's m issed.

Apart from the RDS brief, I've read in different places that Markov is either having great pain putting pressure on his left leg or is ready to go in Game 3 in Montreal. One eyewitness has claimed that one Brossard workout ended after two spins around the ice. Other talk has it that Markov has been seen walking rather briskly without any visable sign or hint of injury. Take from that speculation what you will.