Share All sharing options for: Savard Tops Poll Of Preferred Owners For Habs 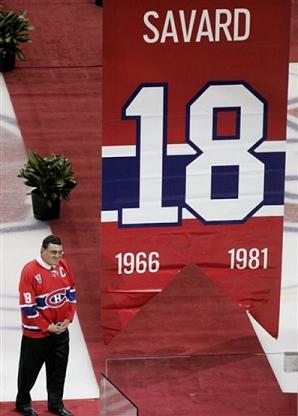 According to Thursday's La Presse, an Angus Reid poll done recently suggests that former Canadiens defenseman and General Manager Serge Savard is lengths ahead in fans esteem of who should be the next owner of the franchise.

Savard has reportedly put down an offer for the club, from a consortium former of himself and partners including Vancouver businessman Jim Pattison.

Among fans said to follow the team's activities with great interest, Savard scooped up a 45% share of public opinion. Closest to Savard's group, is Cirque de Soleil founder Guy Laliberte.

The poll reveals that 16% of those polled had no preference on ownership - a total which represented more than the share of votes received by Laliberte, Rene Angelil, Joey Saputo and others who are said to have deposited offers to current Canadiens owner George Gillett.