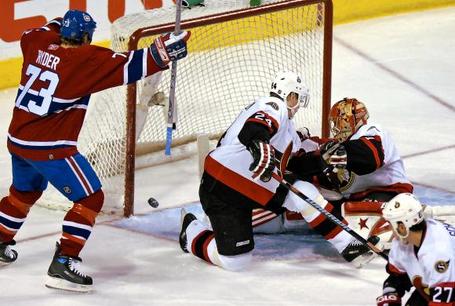 I have a great deal of respect for players who make themselves accountable, game in game out. I think it's good to know that a player holds themselves responsible when things aren't going well. You don't want to hear a defenseman blame his goalie, or vice versa - you'd rather hear it from the player's lips that he his aware of how he's playing.

The bottom line is, a player should spread the kindness around when things are sweet, and take the brunt and own up when it doesn't.

On the Canadiens, Tomas Plekanec might not seem like the most physical specimen on the ice, but give him kudos for telling it like it is.

Last season, when his play dipped in the playoffs, Plekanec owned up like a man when he said "I'm playing like a girl. Plekanec cares, works hard to improve the little details that might make a difference, and hits the ice for optional practices.

A player who takes the criticism on the chin, or one who doesn't need to be told such as Plekanec, will be a self starter when it comes to dedicating himself to working on improving areas of his game that he feels needs it. A player such as that doesn't require a coach's cattle prod to get him going - he's already pissed and doing something about.

In a not so roundabout way, this brings me to former Habs forward Michael Ryder, a player I had appreciated for most of four seasons in Montreal, who sometimes left accountability at someone else's doorstep.

Ryder is the subject today of an Ottawa Sun column titled "Ryder Revved For Revenge", in which he doesn't go so far as to suggest as much, but does state "I want to prove people wrong." 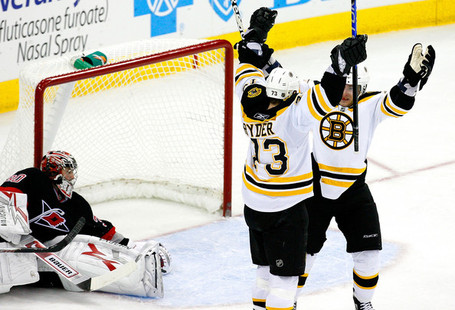 The author of the piece, of one many anti - Habs directed bumrushes this week - aims Ryder's words squarely at former Canadiens coach Guy Carbonneau.

Of course, in Ottawa, they're kind of slow when it comes to stuff like accountability. See one Jason Spezza for more on that.

Ryder would pretty much leave me indifferent if it were not for the fact that he's still in the dark as to why things went went sour in Montreal, and seeks to point a finger. It's just not classy at all.

When asked about last season, this has been part of the mantra too long:

"I don't know," Ryder said, shrugging his shoulders. "Sometimes teams have plans for certain guys. And sometimes guys aren't in those plans."

"I don't know's" don't cut it when you know exactly that they know, and have been told in the past, what wasn't up to snuff.

The article's blatant intro, that never once brings up player accountability, goes like this:

"He was accused of being lazy. His coach thought he was one-dimensional. There were rumours that perhaps he enjoyed the taste of a frosty beverage a little too much.

From the bustling watering holes of Crescent St. to the bowels of the Bell Centre, there was no shortage of scuttlebutt concerning Michael Ryder a year ago in hockey-crazed Montreal.

He won't get into the specifics of his subsequent divorce from the Canadiens. Nor will the former Hull Olympique address the innuendo and accusations aimed at him in Montreal. But know this: All that chatter did reach his ears.

And now, he would love nothing better than to make his critics eat their words." 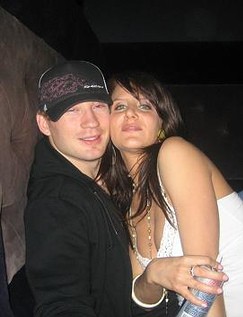 Needless to say, a little balance in perspective would have been appreciated by the paper. They could have spoken for Ryder's work ethic, ask particular questions about how he tried to break the funk, or even mention the numerous chances he was given while being a non productive player. No such viewpoint is offered. Guess it was 100% Carbonneau fault.

The piece ends with its own shot at Carbonneau, which sums up the standard of intelligence in the hockey writing department at the Ottawa Sun.

There was a kid named Marc Laframboise that I coached in Pee Wee a dozen years ago. He had that accountability problem as well. I recall one time he dipsied through an entire team and rang one off the crossbar. On the turnover, he glided to the bench shaking his head, while the opposition scored on a 3 on 2 break.

"I can't believe I missed that, coach" was what he said.

"I can't believe you didn't come back into the play after", I said.

Trailing by a goal late in the game, he was on the bench begging to get back out there. He got a little irritated when I pulled the goaltender and he wasn't the extra player. What I did would be considered harsh had it not been the fiftieth time I told him what not to do. For poor Marc, hockey was just about scoring nice goals.

I had other players similar to him, and they took it upon themselves to give it that extra effort and correct things. I learned pretty quick back then that it must be a player's own initiative that brings about accountability. I could talk till blue in the face to some, it would have made no difference.

The whole Ottawa Sun piece got under my skin for another reason. Any hockey fan living in the Eastern Ontario or Ottawa region knows that the Senators team was planted right in the middle of Habs turf. When the Senators host the Canadiens, Habs fans buy up about 8,000 tickets and infiltrate the building en masse, cheering as loud and as exhuberantly when Montreal scores as when Ottawa does.

Earlier this week, an article in the paper goes so far as to suggest that fans in the area adopt a team, since the Senators are out of the post season

Obviously, the paper chose the Bruins for them, funny that!

So that's why the multitudes of Canadiens supporters in Eastern Ontario should cheer the Bruins?

I doubt it will happen?