First Round Predictions For NHL Playoffs 2009

Share All sharing options for: First Round Predictions For NHL Playoffs 2009 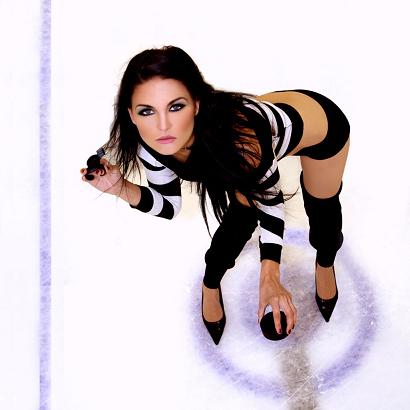 Making predictions are for fools and gypsies, they say. They are also for folks who like to start a good argument or get involved in a lively debate.

Say what you will about them, people are always lured to prognostications like nails to a magnet. We can't resist making them, and we can't avoid an opinion on them.

So with that load of crap, here are my flicked boogers as to how Round One of the playoffs will go. I predict I'll either be very right, or look like an idiot! 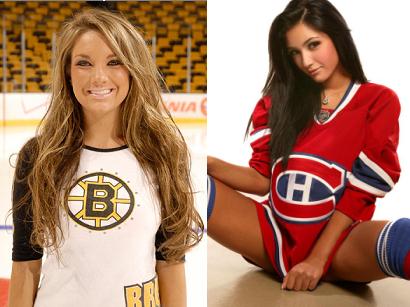 Historically, the Habs make the Bruins shit their pants for some reason. Maybe it just gets too mental for Boston, and they psych themselves out. The Bruins should win on paper, obviously, but I say that a positionally solid Carey Price outplays a panicky Tim Thomas.

The Blueshirts are adysfunctional mess unable to forge much identity or instill much fear. Their blueline is all craters. Avery tries taunting Ovechkin and is humiliated. The Capitals are all speed and flash and won't be slowed down by the Rangers defense. Linqvist should steal one game where Theodore is off.

A very tough call. Jersey looked like a contender to go all the way ten games ago, but have fallen flat of late. Momentum could be everything, and Carolina has it in spades. Not sure if Paul Maurice can outcoach Brent Sutter, but the way it's going, Cam Ward looks ready to outdual Brodeur. A total hunch tells me that Eric Staal, who's been down this road, is poised for a spectacular playoff.

Hurricanes in 7 in OT 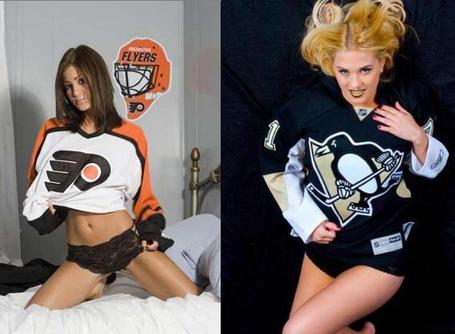 A battle of Pennsylvania should provide all kinds of headlines and highlights. Another tough call. As Philly has that same knack for shooting themselves in the foot as Boston does, I'll be consistent and pick the flightless birds. Fleury over Biron is a no brainer for starters, and Crosby and Malkin have the tailwaind at present. 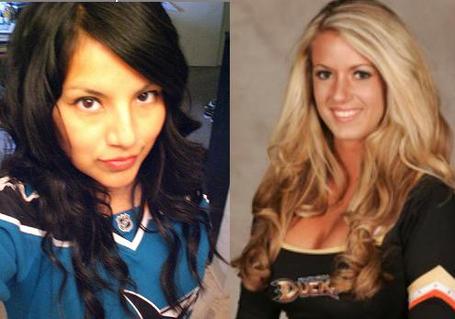 Out on a limb for a big upset, this might be the one. Perennial playoff stiff Joe Thornton, has not yet convinced me that he is able to bring the Sharks to another level. The regular season is his playground, but the playoffs have always been his prison for years. The Sharks have been built to last, but they are a tenuous team at times. Playing against state rivals could be the tonic they need to finally get launched on the right path or they could be stepped into a minefield with an accustomed foe. 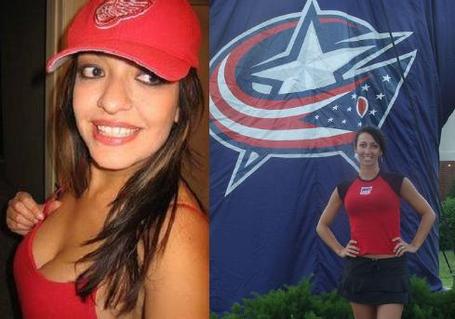 The Cup champions are winning more often with offense than in previous season, as their goaltending has bitten it big time. There should be enough depth in Detroit to last two rounds, before the need for goaltending supremacy take precedence. detroit are best advised to go on the all out attack in this series, as Steve Mason is likely to win in a defensive battle with Chris Osgoode or Ty Conklin. 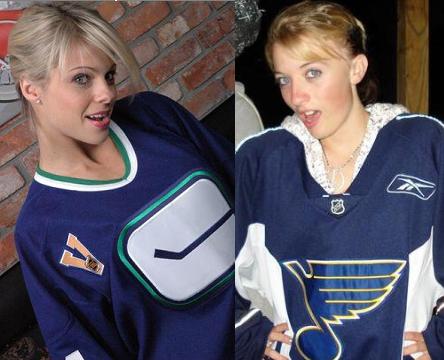 A goaltenders series for certain, this will be all about Roberto Luongo versus Chris Mason. Better depth on the Canucks side helps, but they have a tendency to become impatient at times in closer games. Alain Vignault will not outcoach Andy Murray, but Vancouver has the benefit of a more talented lineup that can play grittier than most give credit for. The Blues for their part, have been one of the best teams in the NHL since the All Star break, and they play a focused style that can frustrate a team like the Canucks. A potential upset and a nailbitter all the way. 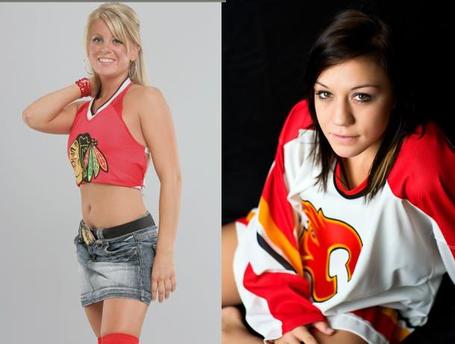 Since the trade deadline, Calgary has sputtered along, dropping to fifth place. They do not look to be a harmonious bunch as there is much pressure on them to win. On the other hand, Chicago, returning to the playoffs after an eons absence, cannot disappoint. I get the notion that their inexperience works in their favor, as the club is too young to feel the heat of expectations. Last time Khabibulin met Kiprusoff, he came up on the winning side.

I have to say, I'm terribly impressed by the St. Louis Blues, coming from so far back to move all the way up to the sixth seed in the Western Conference. No one envies the Canucks right now, having to deal with such a hot team. I think the last time the Blues scared anyone, Ozzie Osbourne was getting arrested wearing their jersey. 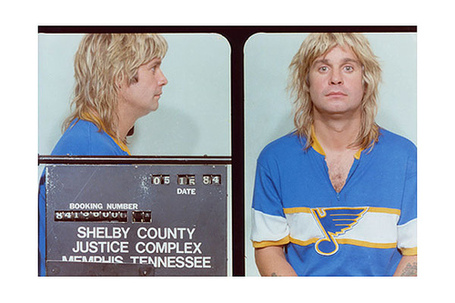 For good old shits and giggles, feel free to drop your own predictions in the comments section. Just a team name and number of games will do. I'll count score when the round is over. Five points for calling the winner correctly, and another five for getting the series length right. If this goes well and enough folks pitch in, we can go all four rounds and crown a smartest reader thing for bragging rights. Submissions good up until game time in game one of each round.

Here is an ESPN wrap up of the seasons series between each opponant. The Canadiens schedule is pictured below.