Habs Lose A Mysterious One, Playoffs Coming Ready Or Not

Share All sharing options for: Habs Lose A Mysterious One, Playoffs Coming Ready Or Not 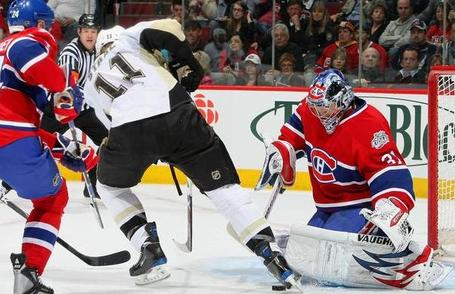 In losing 3-1 to the Penguins, the Canadiens, it could be said, are backing into the playoffs with four straight losses. Hardly a hoped for scenario.

You could call this game a strange ending to a strange season, with some curious decisions thrown in.

The weight lifted off the Canadiens player's backs by qualifying for the playoffs on Thursday must be enormous, because they played lightly at times, as though there was little consequence to the game and that they are quite content to be playing the Boston Bruins once more.

Then again, the game was set up to be strange one by coach Gainey, who for reasons only known to him, lined Saku Koivu between tough guys Laraque and Stewart, and Kovalev next to Metropolit and Higgins.

When it comes to strategies, this particular one is both baffling and interesting. The result was not the expected disaster, but it did serve to produce some sparks, such as Georges Laraque almost scoring his first goal as a Canadien on three occasions. 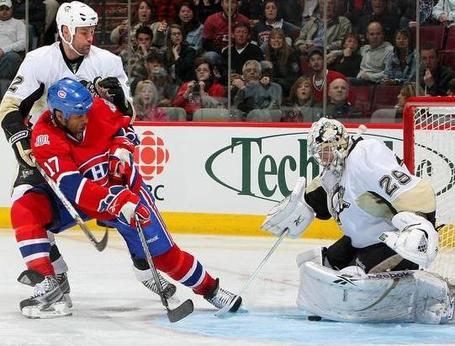 Perhaps the thinking was that with Koivu and Kovalev as perceived third and fourth liners, it would place the Penguins off balance. Maybe the idea was to give the Plekanec and Lapierre lines top billing and extra ice.

Whatever the ploy, it almost worked. And who knows if it was even intended to work. It was surprising with the Canadiens being badly outshot and slightly outchanced, that they were still in the game by the middle of the third period.

Credit Carey Price, the game's first star for that. Price looks like a goalie poised to steal a game or two, at exactly the right time of the season. 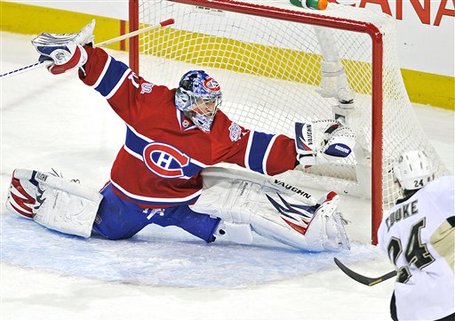 Other than that, this was not a typical plyoff tune up for a team badly in need of one.

It is quite evident by now that coach Gainey rarely sees things as others do. He seems to come decisions rather obliquely - outside the box to say the least. No wonder he sees eye to eye with Kovalev so well.

There are many moves Bob makes that could be termed mysterious. Coaching against him has it's share of unpredictability. Rarely does he say what anyone wants or needs to hear when he is questioned, and he plays his cards quietly and carefully. Who could know what his next calculated move could be. 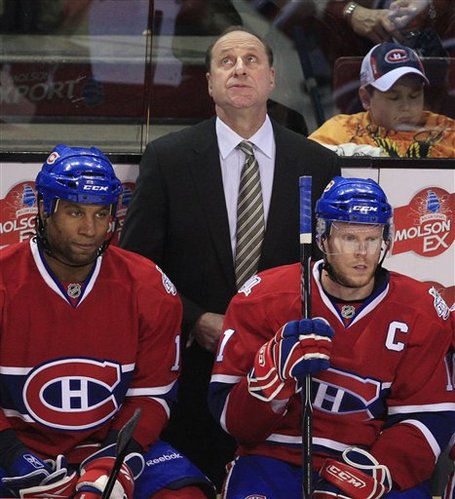 It reminds me of old episodes of the Rocky and Bullwinkle cartoon, where there was always a snippet in which the moose asks the magician squirrel what he has up his sleeve. The squirrel always had a surprise.

Now watch Gainey pull Andrei Markov out of his hat! 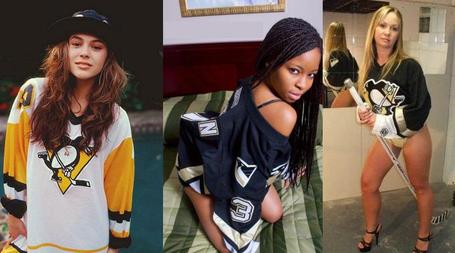 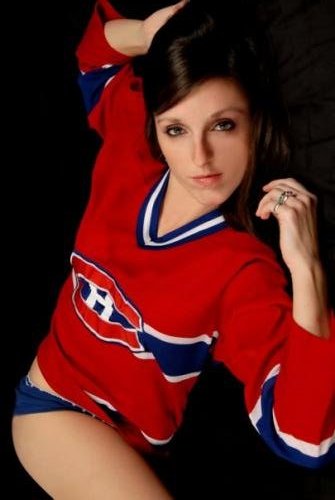