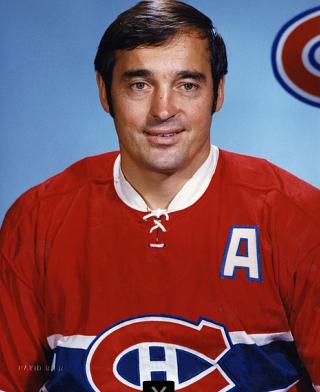 There was a time not so long ago when trade deadline deals weren't hyped up as they are today. As the NHL grew from a six-team league to what it is today, everything was magnified along the way.

Few teams make great deadline deals. While the trades that actually impact a Stanley Cup win only come about every few years, dozens of trades are made each season in hopes that it can put a team over the top. Most of them are badly conceived gambles that end up setting teams back a few seasons.

The Pittsburgh Penguins can surely relate. They have both hit home runs and struck out in their swing for the fences. Acquiring Ron Francis in 1990-91, gave Pittsburgh two Stanley Cups. Dealing for Marian Hossa last season brought them within two wins of the Cup, but in the end the club sacrificed so much talent, it has since been spinning it's wheels.

Perhaps the best known deadline deal was the New York Islanders acquisition of Butch Goring in 1978-79. The former Los Angeles King was a standout two-way player, and brought great character to an Islanders team on the verge of a dynasty. The trade added a properly-defined missing element to a club with few holes. The Goring trade set the bar for years to come as deadline deals go, but none have ever quite matched it.

Over the years, the Canadiens have rarely put themselves over the top with a trade made so late in a season. In fact the most impactful deal the Canadiens have made in terms of gearing up for the playoffs, was hardly a deadline deal at all.

After missing the playoffs in the 1969-70 season for the first time in 22 years, the Canadiens were viewed as a team in transition. After having won the Cup in 1967-68 and 1968-69, the idea that the team was retooling went over about as good as it ever had. 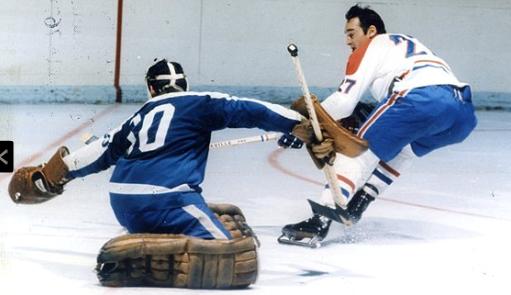 Initially, Mahovlich wasn't thrilled to be going to Montreal. He had found contentment in Detroit after 11 pressure-filled seasons with Toronto, and was comfortable somewhat with the Detroit Red Wings standing. After having scored 49 goals two seasons prior, he did not see the trade coming that would reunite him with younger brother, Peter.

As Sam Pollock spoke with Frank Mahovlich over the phone, he convinced the Big M to meet the team in Minnesota for its next game. Pollock, who rarely flew, met Mahovlich at the airport with a delegation of Habs brass to welcome him, and they made a lasting impression on him.

"If they cared that much to come out and meet me like that, they must have really wanted me," Mahovlich said. 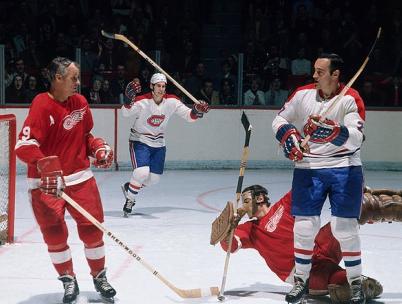 As the 1970-71 season progressed, the immediate horizon was fairly bleak. The team was a mess. Coach Claude Ruel stepped aside as the reigns were handed to assistant Al MacNeil, but he fared no better with a lineup that mixed youth with aging veterans. Goalies Rogatien Vachon and Phil Myre were proving inadequate as time passed, and the return of enforcer John Ferguson had yet to provide the much-needed spark.

The complexion of the team received a much needed overhaul one day, when GM Sam Pollock's phone rang, with Detroit GM Ned Harkness at the other end. The newly appointed manager cut straight to the chase.

"I'm in charge now, are you interested in Frank Mahovlich?"

"Is the pope Catholic?" replied Pollock. A deal was completed within the day.

Mahovlich turned out to be such a great acquisition, that it is likely the only time the Canadiens traded away a 50-goal scorer with no one complaining. Redmond would go on to have two 50-goal campaigns, but his achievements were eclipsed by what Mahovlich brought to Montreal. 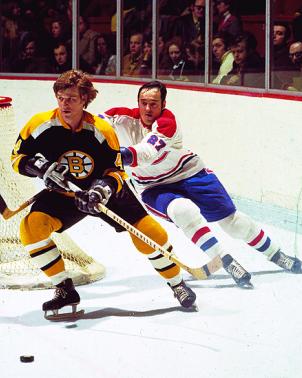 That night in Minnesota, things proceeded well for Frank. Wearing Bill Collins' abandoned number 10 for one game, he played most of the night on the left side of his brother, with Yvan Cournoyer on the right. The Canadiens tied Minnesota 3-3 that night, and Mahovlich registered an assist in his first game as a Hab. Things would get much better from there.

Years earlier, when Mahovlich was an unhappy camper with the Maple Leafs, Jean Beliveau skated over to the Big M during a game and suggested to him that his style would fit in perfectly with the Canadiens. Beliveau was dead on, and not long after Mahovlich joined, there he was, setting up Beliveau's 500th career goal. 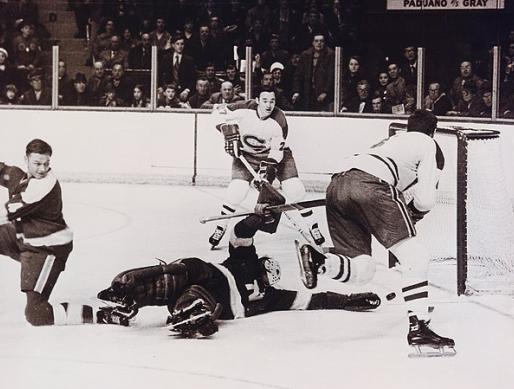 While Mahovlich had a clear impact on the club, the Canadiens weren't given a hope in hell of upsetting the heavily-favored Boston Bruins in the first round of the playoffs. As the season reached an end, the Bruins had created a 29-point gap that even placed doubts in the Canadiens players' minds. It would take a miracle, they figured.

For many, that miracle became goaltender Ken Dryden. Arriving on the scene with ten games left in the season, Dryden appeared in six, winning each one while allowing only nine goals against. A former Cornell University star, Dryden had played many games in the Boston Gardens, but was strategically kept out of two matches against the Bruins late that season. On the final night of the regular season schedule, the Canadiens went to Boston, and were pounded 7-2.

When the series began three nights later, many were surprised to see the Canadiens going with a rookie in goal. Dryden, as legend has it, soon frustrated the Bruins at every corner. It was a high-flying series in which 54 goals were scored, and Dryden, who allowed 26 goals, is widely credited with having stymied the Bruins. When Montreal went on to win the series, and later grab the Stanley Cup, Dryden was the story of the playoffs. 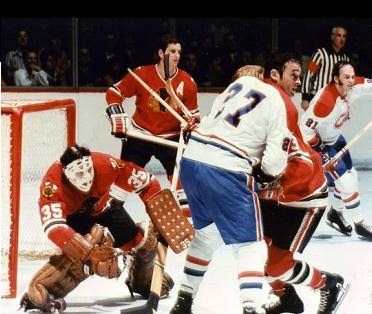 On closer inspection, the Canadiens undoing of the Bruins had much more to do with offense than it did with Dryden. While the goaltending was excellent, who would have thought the Canadiens would outscore the Bruins in a seven-game set? Where was this firepower coming from?

The answer had all to do with Mahovlich. Playing alongside Beliveau and Cournoyer, the Big M played the most impassioned hockey of his career. The element he had added to his line, and the Canadiens, had made them as unstoppable as the Bruins had been all season. In the series, Montreal tallied 28 times, and Mahovlich was in on more than half of them.

The Canadiens kept on rolling, taking Minnesota out in six and Chicago in seven, stunning hockey experts everywhere. At the playoffs' end, Mahovlich had counted for 14 goals and 13 assists in 20 contests; a new playoff scoring record!

Dryden, who allowed 61 goals in 20 games, was awarded the Conn Smythe Trophy as playoff MVP. Mahovlich was a close second in polling. 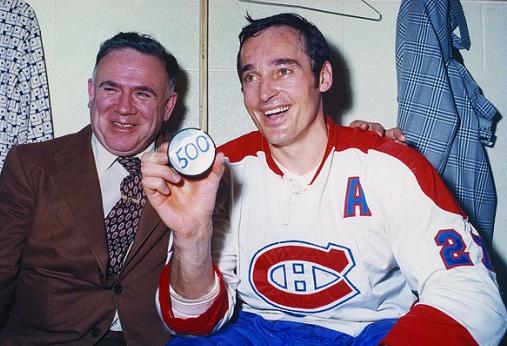 Mahovlich would stay on in Montreal for three more seasons and another Stanley Cup in 1972-73. During the 1971-72 season, Mahovlich hit a career peak with 43-53—96 numbers and was selected, at age 35, to appear in the 1972 Summit Series. The following winter, he hit for 93 points, and another 9 goals and 14 assists in the playoffs. Late in the 1972-73 campaign, Mahovlich became the NHL's fifth 500-goal scorer. His final season in Montreal saw him score 31 times, while hitting the 80-point plateau once more.

In the off-season, he was offered a $250,000-a-year contract by Pollock, who was outbid for Mahovlich's services by the WHA's Toronto Toros. He retired from hockey at age 40 in 1978, and was inducted into the Hockey Hall of Fame three years later.