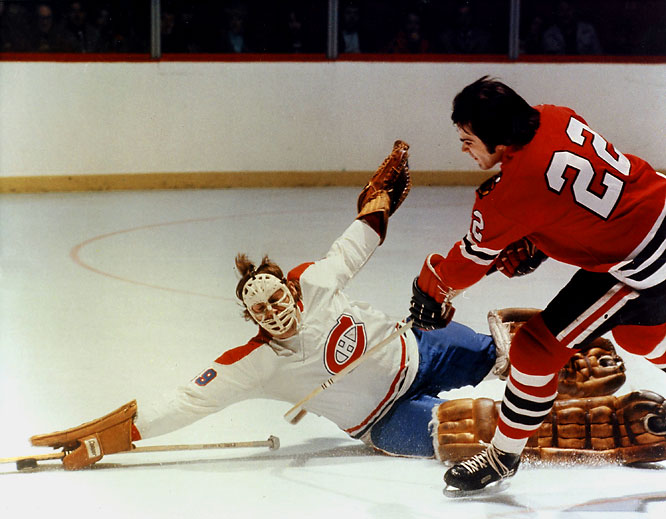 For audio of the 1972-73 Stanley Cup Final games, scroll to the bottom of the post.

I often mention here that I am very fortunate to have great readers at this site; impassioned fans of the Canadiens and the game of hockey in general. One particular reader stands out, and for good reason. Phil LeDuc, who is from the West Coast (Seattle, Washington, if I recall correctly!) began communicating with me through e-mails sometime around last September, on the subject of the Canadiens Most Memorable Games DVD.

In a post I had done around that time, I wondered why certain games I felt for sure were Habs classics were not to be included on the 10-disc set. Eventually, a post dedicated to finding lost classic games arose, and many commenters pitched in with thoughts, findings, and ideas. Two long-time readers, Mike Loncar and T. C. Denault, exchanged valuable information about why such telecasts had never been saved and vaulted by television networks. (That clip of Bobby Orr flying through the air after scoring the 1969-70 Stanley Cup-winning goal is actually owned by the CBS network, and the CBC actually has to pay a royalty for each time it is aired.) T.C. and Mike shared their information as to what was available through collectors (full games and partial ones) and together we were all able to present a somewhat clearer picture of what still existed of the Canadiens greatest games on video.

This was about the time that Mr. LeDuc's interest was piqued. Phil e-mailed me, informing that he had taped audio of a pair of games from the 1972-73 Stanley Cup Final between Chicago and Montreal. What Phil did was set up a basic (and we're talking 1970s basic here!) cassette tape recorder next to his television speaker, to capture the play by play from Danny Gallivan and Dick Irvin. I'm sure Phil didn't realize at the time what classic gems he was saving for posterity. Then again, maybe he did!

What's kind of funny about Phil doing this in 1973, as an aside to this story, was that I was doing almost the exact same thing in my youth. Maybe you did similar things as well. When I was in my pre-teens, I was indulged in rock and roll music discovery, and I used to tape my cassette recorder's mic to a radio speaker to record songs from the radio after I feel asleep. I had discovered FM radio, which was a whole other world at 11 years old in 1973. One Saturday morning, I remember rewinding the cheesy old olive green recorder that my brother had moved on from, to discover, for the very first time, songs such as Stairway To Heaven, Smoke On The Water, and Hey Jude — all in succession.

Just as Phil did, he saved his youth. I still have my tape somewhere, buried in a box.

Phil wasn't quite sure what to do with them, but figured there must be some type of technology that could transfer his primitive recordings onto a disc. At my end, I guessed there must also be a way that such an audio disc can be uploaded from my computer onto this website.

Time passed, and Phil e-mailed me a month later to excitedly inform me of his success in transferring the tape. He asked for my address, and promptly sent me the discs. The minute I received the MP3 files, they went straight into my player. Not long after, I began struggling with how to upload them to this site.

Actually, it was at the old EOTP site that I initially made a futile first attempt. I still do not know what went wrong exactly, but I was able to play the audio from the site on my computer, only others trying to do the same could not download the file and listen.

Confession time. I am no techno genius by any stretch. I still type at about 20 WPM with two fingers. I have great difficulty figuring out how to manage the most basic of SBN site widgets at my disposal. If I were to attempt to record something off my television, instinct just might lead me back to that olive green tape recorder. I think computer nerds are Gods! From that, I gather you can judge how much fun I had loading Phil's audio onto this site.

But hey, I might be computer slow, but I'm diligent!

What happened, in my initial attempt, I later learned, was that I was able to hear the audio because it was hosted on my own hard drive. No one else could listen in for that reason. Along the way to learning this, I made an anxious Mike Loncar an unwitting guinea pig for my test runs. No reader wanted to hear the tapes more than Mike, and I'm sure the tease frustrated him because he never let me forget about it. Once I joined up with Sports Blog Nation, I knew that what I wanted to achieve would now become possible, but then, I decided to wait until the Canadiens played the Blackhawks to post it.

I'm like that! There's that saying about "all good things come...."

So, I can't not put it any other way: had it not been for Phil, Mike, and T. C., you wouldn't be about to hear the sounds of Danny and Dick describe the 1973 finals. Boys, this post is dedicated to your dedication, as Habs fans and as readers here. I hope the wait was worth your efforts.

The first half of Game One of the 1972-73 Stanley Cup Final is included below. The second half of that game can be found in Part Two, which contains my thoughts on the Chicago franchise, one I've long admired. The final post containing the play-by-play audio from the latter half of Game Six will be a photo gallery of sorts, containing images from the 1970-71 and 1972-73 meeting between the two clubs.

Here is the audio for the first half of Game One. Cue Roger Doucette!