One week after losing to the Toronto Maple Leafs, the Canadiens worst period has moved from the second to the third. Wins over Atlanta and Tampa earlier this week may have somewhat camouglaged the problem. Including last night's overtime loss to Buffalo, four of the eight goals given up by Montreal this week have come in the third when playing with the lead. It came close to costing them points against the Lightning, and it did just that against a stronger Sabres team.

Playing with leads of 5-2, 2-0, and 3-2, the Canadiens have scored but one third period goal coming off strong first and second period efforts. It was not a concern in the Atlanta game, when they built a 6-2 lead before allowing a third Thrashers goal. Against Tampa, they let a team that had managed just eight shots over two periods shoot eleven times in the final frame, scoring twice to wrestle the momentum away and earn a point.

Against Buffalo, the scenario was slightly different, as the Canadiens had charged back from a two goal deficit to take a 3-2 lead into period three. Continuing to attack the Sabres goal would have been advisable in helping to put them away, but it seemed the Canadiens were more intent on protecting the lead. That appeared to be how they planned to proceed, as they allowed Buffalo to fire 16 shots on net, after having kept them to 21 over two periods. 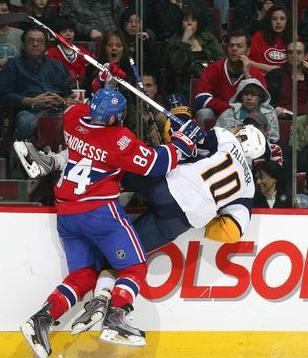 Much was made on the game telecast of the Sabres having played the night before, and that their record in back to back games was not very good. Statistics can deceive that way. The Canadiens should know better than anyone that Buffalo hardly ever quits with a one goal deficit.

The Canadiens official site lists 22 giveaways by the Canadiens in the game. Watching the shortened RDS rebroadcast of the game, I counted 26 puck turnovers in the third period alone. Considering that the rebroadcast showed perhaps only 15 of the final twenty minutes, the total may have actually been higher.

The turnovers were of every variety, and most were unforced. They included puck dumps into the Sabres zone that went unchased, blind lobs out of their own territory, pucks merely batted away into harmless areas, passes that were out of synch, and forced errors by a faster Buffalo forecheck.

Many of the turnovers and giveaways were the result of the Canadiens stopping skating. Rarely was the puck challenged for outside the Canadiens zone. In instances were the team fought for the puck, they did not fight to continue to possess it. The complete absence of anything resembling a forecheck on the Canadiens part meant that the time of possession swung completely in Buffalo's favor.

It can be speculated that letting Buffalo tire and make mistakes was part of the game plan for the third period. The Canadiens seemed content to sit back and allow Sabres forwards to come at them, as they barely clogged the blueline with an extra forward back. If that was in fact the plan it looked to be, it was ill advised, as the Sabres rarely made mistakes, and beat the Canadiens defense to ninety percent of the loose pucks available.

What the entire display speaks of, is that the Canadiens are still a very fragile work in progress. The effort to shut down a team takes a concerted three zone effort. There's little point in continuously clearing the play from one end unless sustained pressure is applied at the other. It was as if they kept waiting for Buffalo's energy to dry up.

The Canadiens players deserve credit for coming back from two goals down to take the lead. that is where a precious point was earned. The problem this late in the year is in being satisfied with such a half effort. 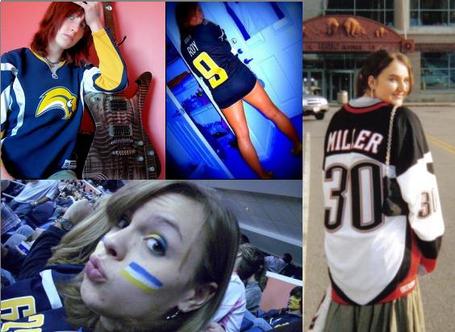 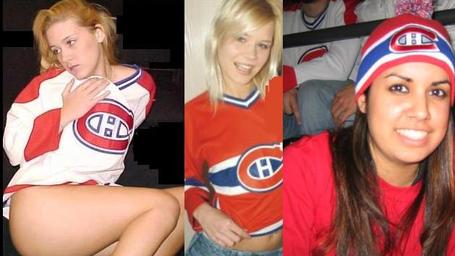