Share All sharing options for: Canadiens Forging Identity With Win Over Lightning

It took a while to sort through the emotions this game left. Impressed. Depressed. Stressed. These were my three mood swings leading up to captain Koivu's overtime winner. I never should have reached the depressed or stressed states, but watching a near perfect effort slip away so precariously within minutes, tends to bring about a measure of panic.

Thankfully, the Canadiens didn't come unglued after Tampa tied the score. Credit two things for this: The Habs increasing level of composure, and the absence of Evgeni Artyukhin in the game's final shifts.

A measure of how much puck time the Canadiens enjoyed, other than a whopping shots directed total, was the number of hits by Lightning players - 46 according to game stats. Artyukhin, who had 10, is a feared foe, as earlier this season he flattened Alex Tanguay, putting him on the sidelines for 28 games.

For a brief spell in the final frame, Artyukhin started running some Canadiens players - Komisarek being a favorite target. It was at about the same time that the Canadiens players became a touch tentative in their play. Latendresse nailed the Lightning tank at one point, but it only served to gear him up for more.

Finally, the immovable odject - in this case the Bell Centre boards - won out over the unstoppable force, when Artyuhkin lined up Komisarek once more, and missed. As he limped off the ice, his absence seemed to coincide with the calming down of the Canadiens.

Impressive, was the play of the Habs during the game's first 50 minutes. Limiting even a desolate team like Tampa to 14 shots by the middle of the third is gargantuan achievement. For a team of swiss cheese defense such as the Canadiens, it's tantamount to a monumental turnaround. It's doubtful that Montreal can continue to be as effective, but holding teams near the 30 shot bar would be sweet.

Across the team, in the last two wins, several individual performances have begun to stand out.

The FAFU line of Kovalev, Koivu and Tanguay were excellent once more. Andrei Markov has been an absolute blue line general, displaying all the composed traits we've long seen from him. Chris Higgins looks heightened in a decreased role rather than being diminished by an ill fitting one. Supporting cast such as Lapierre and Latendresse continue to shine, in roles suitable to their talents. Carey Price is gradually refinding some semblance of calm, as is Komisarek.

The Plekanec line has been a work in progress, and getting reaquainted will be a progressive matter as long as the line stays intacts. D'Agostini did well subbing for Andrei, and Sergei has been playing with determination and discipline. Glen Metropolit, with each passing game, is looking more like the player the Canadiens thought they acquired on waivers at the deadline. Sturdied by the experienced Dandenault and Higgins, Metropolit completes a very viable fourth line that many clubs wouldn't mind bragging of. 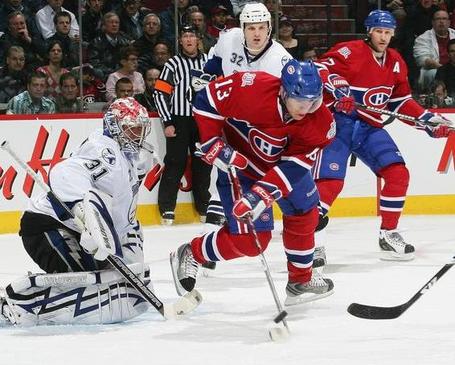 What was most interesting to watch in this game, was how the Koivu line continued to meld. While they did not accumulate as many points as the game before, they increased their number of scoring chances twofold. It is curious to note how the talents of Koivu and Tanguay as set up men enable Kovalev to become a threat from anywhere inside the blueline, rather than in his usual right boards office. Allowing Kovalev to become deadly from any random spot creates all kinds of room for all three players. What the trio must now work on, is in simplifying, rather than overdoing, what it does best.

Two consecutive wins is not normally anything to become excited over, but the dramatics of the shift in the Canadiens play make it evident that the team has turned a corner. In beating two clubs the Canadiens rightly should have beaten, a certain stability is now on the horizon.

With players having calmed down some and refinding their games in stages, with the forging of a top line that actually resembles and plays like one, with better defensive awareness taking place, and with refined definition for all roles on the club, dare it be suggested that a developing character for the team is not far off.

Should the Canadiens continue to successfully move forward with this working formula, they may find that they finally have something that has eluded them all season. 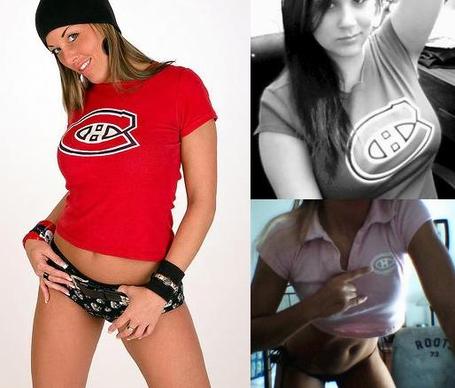 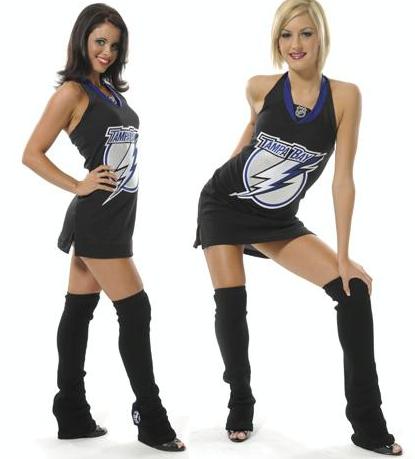