Martin Brodeur And Canadiens Fans - A Past, Perhaps A Future?

Share All sharing options for: Martin Brodeur And Canadiens Fans - A Past, Perhaps A Future? 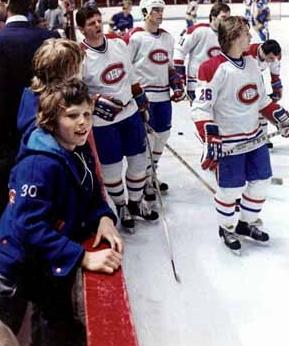 Long before this game with the Canadiens was played out, a script seemed written in the stars specifically for Brodeur to match and break Roy's record before two sets of hometown fans - those of his birthplace and of the place he now calls home eight months a year.

In the most curious of coincidences, Brodeur now gets a shot at setting the all time wins record in Jersey against the Blackhawks on March 17 - St. Patrick's Day! Talk about irony.

After the contest had ended, Canadiens fans stood and gave Brodeur quite the respectful nod. Any longtime Canadiens fan surely weren't surprised by the outpourring.

Over the years, there have been many great feats accomplished on Montreal ice by opponants of the team. More have been forgotten than I can remember, but there were two separate occasions when Mario Lemieux's accomplishments brought fans to their feat.

In my youth, I recall a story from my father about Bobby Hull, Chicago's legendary Golden Jet.

Hull was the first player to break the 50 goal mark set by Maurice "Rocket" Richard and equalled by the Habs Bernie "Boom Boom" Geoffrion. Hull matched the standard in 1962, surpassed it in 1966 with 54 goals, and seemingly put in it out of reach with 58 goals in 1969.

On one of either of those three occasions - hard to say today specifically which - Hull made history on Forum ice, and my Dad was there to see. The Montreal crowd, I was told by him, gave Hull his full due.

Bobby Hull never forgot the warmth extended to him by the Habs faithful. I've heard it spoken by him on Hockey Night In Canada more than once, and I've met him in person three times, and he's always had good things to say about Canadiens fans.

Perhaps you recall the time when Brett Hull, Bobby's youngest of four sons (Bobby Jr. and Brett played for my hometown Cornwall Royals, Bart Hull played a few games with the CFL's Ottawa Rough Riders), scored a hat trick against the Canadiens while a member of the St. Louis Blues. It either was during the Golden Brett's 86 or 72 goal years. After the game, Brett was asked if the response by the crowd, who stood to note the achievement, had surprised him.

The always candid Brett said he wasn't surprised at all.

"Growing up, my father always told me stories of the Canadiens fans class".

Few may recall that in the summer of 2001, Brett Hull was very close to signing a contract with the Canadiens. In the end, he opted to sign on in Detroit, after Red Wings captain Steve Yzerman took a pay cut to allow it to happen. Hull made the right move in hindsight, but was later blamed for using Montreal as a negotiation leverage.

It wasn't so, according to father Bobby. I met him at the Cornwall Civic Complex that fall, and asked him if it was true that Brett was interested in playing for Montreal, and the father said it was very close to being a done deal. Had a Cup contender such as Detroit not stepped in at the eleventh hour, Brett Hull would have been a Montreal Canadien.

Hull did end up on a Cup champion with Detroit that season.

Now why have I seemingly strayed from the subject on the Hull front?

It comes back to Brodeur, who grew up dreaming of playing for the Canadiens in the Montreal Forum, where his father Denis brought him along on numerous photo shoots in practices and games.

Martin Brodeur's career has played out differently, but don't think he has never dreamed of donning the Habs "CH". He has mentioned on two occasions that it would be a very curious way to end his NHL career.

Brodeur remains connected to the city, having written a weekly column for Le Journal de Montreal since 2005. Not long after receiving the ovation from Canadiens fans this Saturday, Brodeur mentioned that the moment would remain with him for all his days. 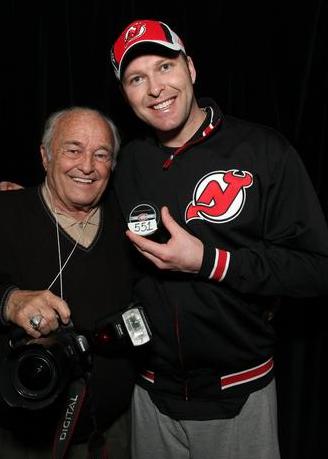