Listless Habs No Speedbump For The Brodeur Express

Share All sharing options for: Listless Habs No Speedbump For The Brodeur Express 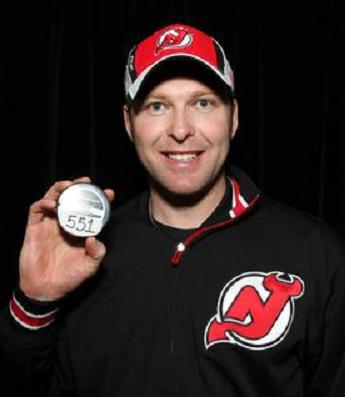 Maybe Patrick Roy should have been brought into the Canadiens dressing room for a pre - game speech. It might have went something like this:

"Listen boys. Martin Brodeur is going to break my record soon. He can't be stop. Now I know I never play in dis building as a Hab, but calisse, I want to walk out dis building tonight still holding dat record, hostie, at least for an udder day. Let him match da thing someplace udder dan here. I knew dere's few here dat play wit me in Monteal, jus da Breezer, Matt and Saku left, but bring some pride ta da game, ta da team. I know dat most a you doan give two shits for me, but it's da Breezer's towsant game tanight, and you should have only on your mind winning, and nutting else. You dare, Haklak, no floaters from da ligne blue tabarnac. Let's go boys."

At which point Roy leaves the dressing room and meets Bob Gainey just outside the door.

"Tanks Bob, for letting me talk to da boys. I tink maybe four of dem listen to me talk!"

The Canadiens, as a team and to a man, did little to get in the way of Brodeur notching victory number 551. They fired a measly 22 shots his way, a half dozen of which at best might have actually challenged him. It looked as though the Canadiens made no effort to get in the way of destiny, putting up the kind of opposition to New Jersey which allows them to almost win games on cruise control. 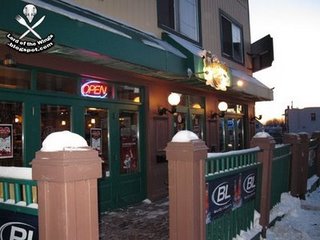 With a 2-0 lead, and Martin Brodeur smelling a record, the Canadiens were indeed as cooked as smoked meat in this one. While the search for the remote dragged on, Tomas Plekanec made it slightly more interesting, by throwing a seeing eye puck on a spin and fire that somehow beat Brodeur.

I faithfully stayed in, watching the rest of the way. Cue the suspense!

Maybe if Brodeur were tied and bound to his goalpsosts, the Habs would have a chance.

This one was over as soon as Patrick Elias scored on a power play 5:27 into the first. When Brian Rolston found a hole in Halak's ozone six minutes later, the obituary was as good as read. Had I been able to find the remote my kids are consistently misplacing, I'd have hit the record button and headed to Remington's down the street for a few cold ones and some Montreal smoked meat. 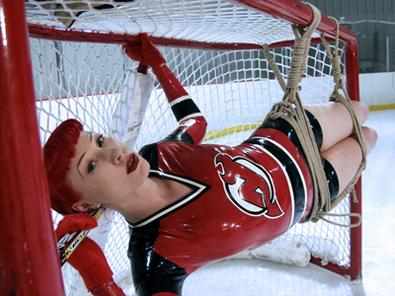 While watching the Canadiens since Carbonneau was fired and Gainey has taken over, I've felt reduced to searching for small silver linings of hope in games, and for as positive as person as I try to be, the pickings are getting slimmer and slimmer. Had Montreal beaten the Islanders Thursday, perhaps the gloom of this loss might not have weighed so heavily.

In this game, there were but three small things to find any measure of comfort in. One, Plekanec keeps scoring. Two, Halak, despite the brutal goal against, again withstood a firing squad of pucks sent his way. He'd the perfect goalie for an expansion team. Last, and perhaps slightly encouraging, was the Canadien were minimally better in the second period of this game than they had been in the last three.

Minimal in that they were outplayed by a smaller margin, and actually registered a respectable shots on goal total with 11. Allowing 18 shots to Jersey in the second, reeks, considering they fired 14 times at the Montreal net in the first period, while enjoying five powerplays. With one such advantage in the second, they upped that total.

There's a comparison that says Montreal are better defensively the less players they have on the ice. A scary notion to say the least! 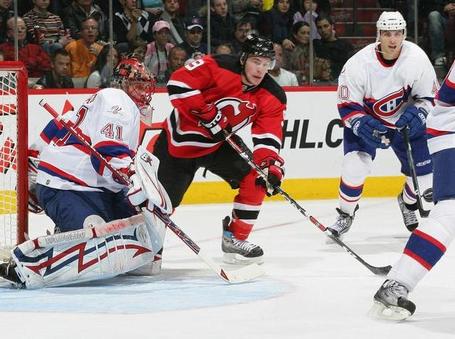 Aside from Halak's performance, and Plekanec's numbers of late, Max Lapierre put in quite a solid game. Lapierre was the busiest of Canadiens centers with 20:11 in icetime. His 5:55 on the PK was most among Habs forwards. He won 11 of 18 faceoffs, best on the Canadiens percentage wise, and fired the most shots on net, with 6 - double the nearest Canadiens. Lapierre fired 9 shots in all at Brodeur, with half being of the close range variety.

If only his performance could be cloned and transported!

In all justice, tonight's 3 stars would have been Parise, Halak, and either Zajak or Max. 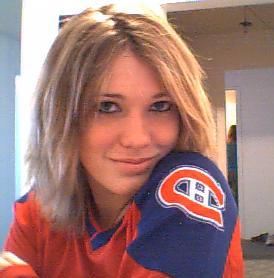