Share All sharing options for: Canadiens Nagging Habits Would Make A Bartender Rich 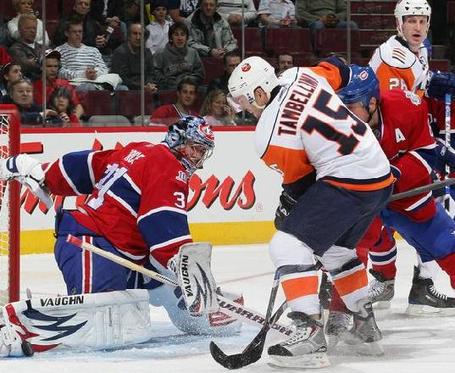 I often try not to dwell in negative thought, but on the occasion the Canadiens losing 3-2 in overtime to the Islanders - the NHL's bottom feeders - I cannot prevent it.

Against the Canadiens, the Islanders somehow managed to look like a league powerhouse for 61 minutes. Go figure!

Credit where it is due, the Islanders, who are an amalgamation of skilled and inexperience youth, filled out with a cast of journeymen disappointments, schooled the Canadiens in terms of effort, will and guts last night.

In the end, the team with little to gain, upset the club with everything to lose. It's almost par for the course this season, because I've come to the conclusion that the 2008-09 Montreal Canadiens are an exercise in contradiction.

They are the stuff that makes coach's hair go grey and fall out. They could frustrate the most knowledgable psychologists. They can make psychiatrists rich and keep bartenders busy. They make wives wonder aloud why their hockey husbands continuously scream curses at their TV screen.

Everything is crooked. They are a connundrum riddled in mystery, divided by an enigma, subtracted by common sense, and multiplied by frustration.

The Canadiens are a fast skating team that too often stands still.

They have an experienced, mobile, and physical six man defense corps that allows far too many shots on goal for what it represents on paper.

Their players have an abundance of skills to make them a puck possession team yet they likely have more giveaways per game than any of their opponents.

It is a team run by former defensive specialists that cannot teach its own forwards to consistently backcheck.

Some nights - less so lately - their goalies stop all kinds of shots they cannot see, yet are beaten clearly on those they can.

Forwards with all kinds of hustle and grit to spare, can't score to save their lives, while hitting the net on every shot

The team's best snipers have the smallest balls, coil from crowds, and shoot wide at every chance.

The deadlist shots on the team have forgotten how to receive passes.

In games where the passes do click, they always make one to many,

Their smallest players in stature are often their bravest, toughest men.

On many nights, they've had a goon that wouldn't drop the gloves.

They shoot the puck perfectly on net when a crowd is present in front of it, yet shoot wide and high when a clear scoring chance presents itself.

They hit posts on open nets, and drill the goalie in the logo when he's out of position.

They completely blow a five on three powerplay, but then score five on five as soon as the penalized players return.

The get badly outshot by the best teams in the league and win, yet contain weaker teams to respectable shot totals and lose while their own goalie stands on his head.

The Habs next opponant - the Devils - were beaten 7-3 by the Isles last week. Again, go figure!

If all contradictions remain true to their nature, the Canadiens likely had a pro scout at that game who came away with some scheme to help Montreal beat Jersey, while completely forgetting to take note of the Islanders.

For those grasping for shreds of anything positive, Carey Price was the best Habs player in this one. Ten days ago his jersey number 31 could have been replaced by a question mark.

Another good note, the Canadiens did manage to gain a precious point in their chase of the Flyers.

At a later date, that point might mean a whole bunch more than it seems to right now.

I'm ready for a rubber room! 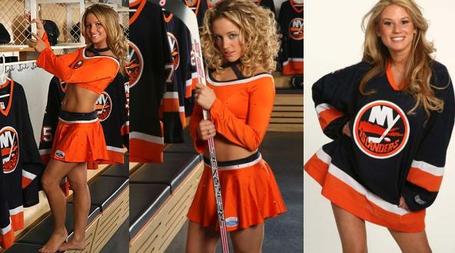 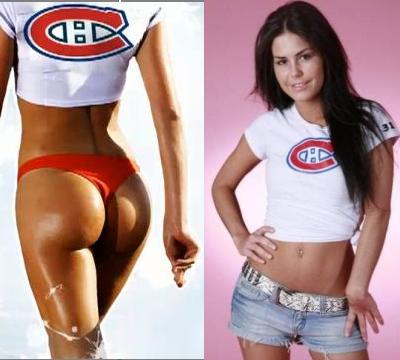