Share All sharing options for: Western Roadtrip A Perfectly Timed Remedy For Habs 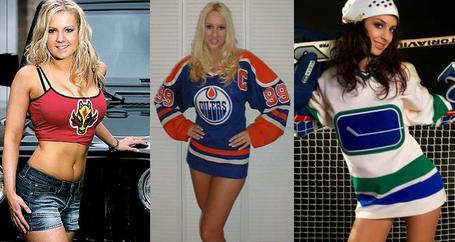 Tonight in Calgary, the Canadiens begin their longest road excursion of the season, with successive games over the next 11 days against the Flames, Oilers, Avalanche, Canuck, Capitals and Penguins. Montreal returns home for a two day stayover after the Western swing on the 15th of the month before travelling once more for back to back games on the 18th and 19th.

To some eyes, the trip would appear to be coming at the worst of possible times, with the team mired in a deep rut and searching for everything from cohesion to identity.

Hockey is a strange game sometimes, and an extended road trip can often offer salvation for struggling teams who need to focus and bond.

This could be just the remedy for the Canadiens. All of the Flames, Oilers, and Canucks have had their share of troubles lately as well.

As is tradition almost, when the Habs head west, multitudes of Canadiens fans get out to see their favorite team. 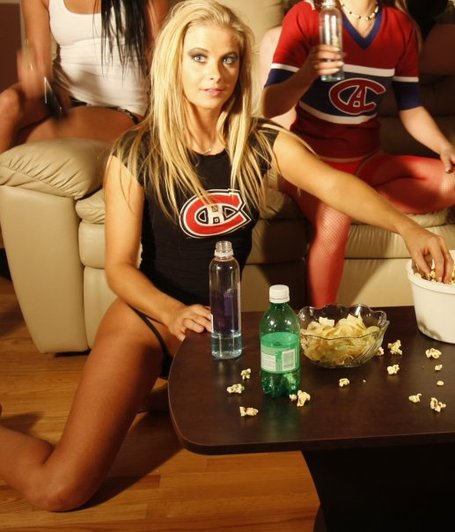 Tonight in Calgary, in the crowd you will see the usual sea of dark red jerseys of those supporting the Flames. If you are watching, or better yet, you have tickets for the game, keep your eyes peeling for streams of fans wearing white.

Reader Bryan Driscoll dropped me a line a day ago and asked that I give a shout to Habs fans in Calgary heading to the game. A "White Out The Saddledome" night has been organized for anyone wishing to take part. The group get together has it's own Facebook site and poster ready for the event. 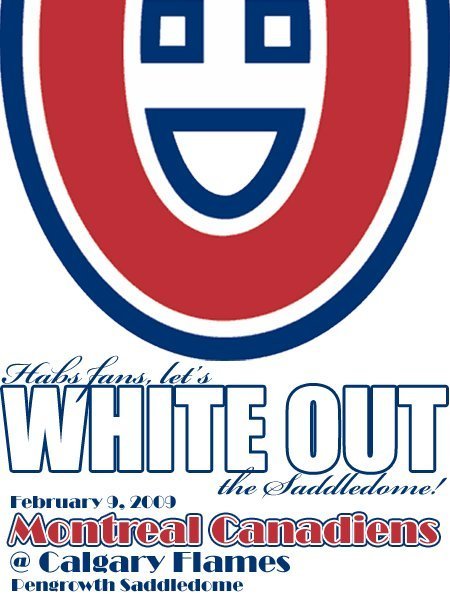 Panger from the Four Habs Fan site is taking in the event as well. I figure he must be on a country music kick of late, the girlie photos have disappeared from FHF - the women taken away and replaced by flat tires, weed, and Willie Nelson. That's what losing streaks do to bummed out Habs fans, and I've had to up the female content here just to keep balance in the world.

The group will be gathering at the Rose and Crown, at the corner of 15 Ave. and 4th St, just within a few blocks from the Saddledome, Calgary time, of course. If you have a white Canadiens jersey, it's the best time to wear and white stand out among the masses. Bring along your Habs signs too!

For those wanting to get in on the meet and greet, take the Victoria Park train to the 3rd and 4th Street SW stops downtown. The group will be leaving for the Saddledome around six to get in on some pre game photos. If you're lucky, you'll get to see Jarome Iginla's new pregame regimen.

Have a good time, and if you take part, some me the photos and I'll post them here. 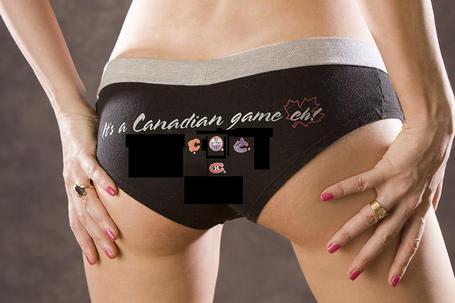