The Canadiens First Ever Game, The Original Forum, A Deathbed Letter From Howie Morenz, And More

Share All sharing options for: The Canadiens First Ever Game, The Original Forum, A Deathbed Letter From Howie Morenz, And More 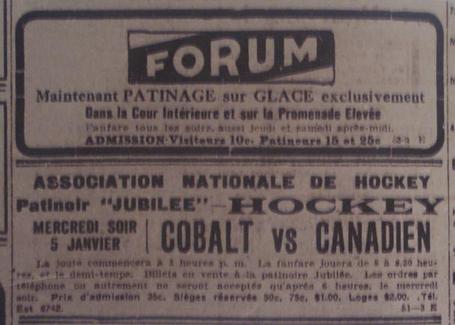 Robert L note: I thought it would make for an interesting series of posts to begin regularly featuring photos from the Canadiens past such as these you see here today. I have saved an abundance of Canadiens related shots, many rare, that you will find to be both fascinating and absorbing in light of the Canadiens centenary. I hope you enjoy the features, and let me know if you do. I'll also take requests on this one. If there is anything to do with the Habs, or a player, that you would like to know more on, give me a shout with your query, and I'll do my best to get something up here.

The photo at the head of this post shows the first ever published print announcement for a Canadiens game. The opponent was the Cobalt Silver Kings, on January 5, 1910, the date of the Canadiens first offical game in the National Hockey Association (NHA). The contest was held on the natural ice surface of the Jubilee Arena, and tickets were priced from 50 cents to 1 dollar. The "Loges" seats, were the best in the house, and sold for 2 dollars.

Above that advertisement, you will notice one for the Forum. This is not the famous arena where the Canadiens played from 1924 to 1996, but merely a skating rink that was located at the corner of St. Catherines and Atwater streets. When the Montreal Maroons were granted an NHL franchise in 1925, it was upon this same piece of land that they chose to build the arena that would be their home. They kept the name of the skating rink, but it would the Canadiens, and not the Maroons who would play there first.

On the evening of the first game, the Jubilee was filled to capacity - five thousand men, women, and children strong - and they witnessed the local boys pulling out to a 4-0 lead. The Silver Kings struck back with six unanswered goals before the Canadiens got a grip on themselves and tied the game. Five minutes into the first ten minute overtime, captain Jack Laviolette played the hero, scoring the winner at the 5:35 mark.

The following morning's Montreal Star stated that fans were goading the players by voice and cheers, derisive yells and tumultuous and overwhelming encomiums, precisely as did other people their young athletes for the sake of strength and beauty; fourteen young men battling for victory with as much passion and eagerness as was ever expressed in war."

Although the Canadiens, dressed in blue and white sweaters, would win their inaugural game by a 7-6 overtime score, their first campaign would show a dismal 2-10 record.

There are very few pictures in existence of George Hainsworth playing goal for the Canadiens. Most known photos of Hainsworth are posed shots or team photos. This rare live action shot is believed to come from the 1930 Semi Finals against the New York Rangers, back in the day when goalies were known to wear hats and toques instead of masks.

The ticket below is not for a Canadiens and Senators playoff game in Ottawa. It is for return train fare, round trip from Montreal to Ottawa and back. The game itself was on March 11, 1912 and the train departed the day before, with all Canadiens players aboard. Ticket purchasers were allowed to remain in Ottawa until Monday. 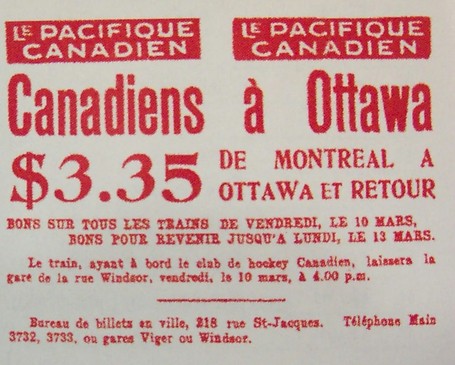 In a game against the Black Hawks on January 28, 1937, Canadiens great Howie Morenz was involved in a collision with Chicago's Earl Seibert that fractured his leg in several places. Everyone assumed it would be career ending, though Morenz held out a faint hope that he would skate again. Morenz would be hospitalized for weeks, as the compound fracture required traction, and a weighted pulley with a steel pin was inserted through his left ankle in order to straighten the broken leg. 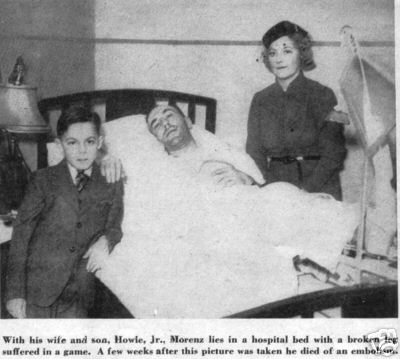 As time passed, and a multitute of visitors made Morenz room look like Times Square, his moral began to go downhill. With much alcohol being snuck into the room, he fell into a depression. Weeks later, on March 8, the hockey world was shocked to learn of his death, from complications arising from the injury. There has always been speculation over the true cause of Morenz's death, whether it was a heart attack, a brain aneurysm or a fatal fall from his bed that caused his death. 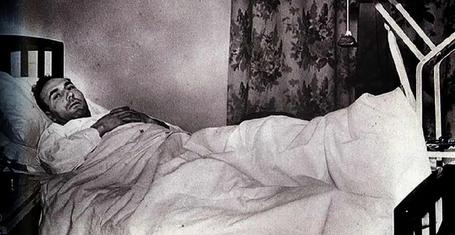 A funeral was held for the fallen superstar that packed the Forum. Thousands upon thousands of fans lined the streets and crowded the arena with with a tremendous outpouring of emotion and respect for the immortal great. Eight years later, Morenz would be the very first player inducted into the Hockey Hall Of Fame.

The letter you see below was written from Morenz to his father while he was hospitalized. Clearly his spirits were clearer at this point that it would be later in his stay.

Dated February 3, 1937, the two-page letter was sent to his family, along with some money, to reassure it and begins "Hello Dad & all". The stirring note then reads "Just a note to let you know I am still very much alive. Mary and the children are all well. Hoping this note finds you and all in the best of health. Here’s hoping you will be able to make this writing out as I am in quite an awkward position." 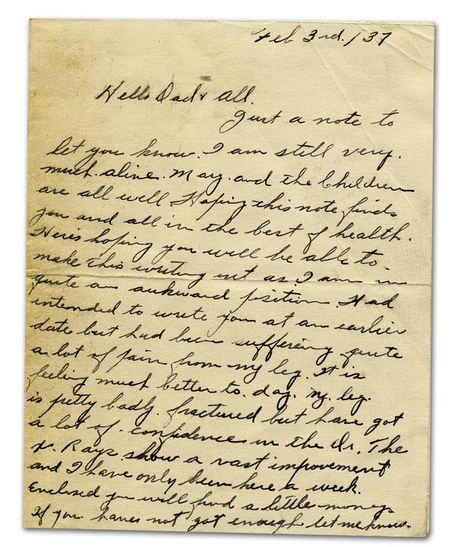 Page two then somewhat dispels the notion that Morenz was extremely depressed with the recent turn of events, or at least reveals he had not reached that state yet. It reads "I am sure glad Canadiens won those two games on the road. I sure would have liked to have finished the season out, but fate gave me quite a blow. You can bet it is not going to get me down." 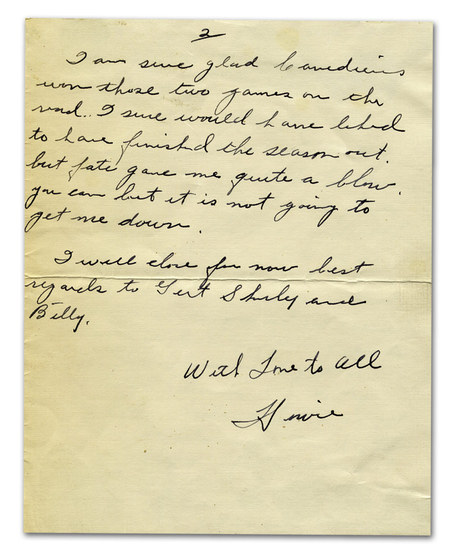 The stirring letter sure gets a hockey historian’s mind thinking of all the scenarios which occurred in the next month leading up to Morenz’s death on March 8th.