When They Were Young

Share All sharing options for: When They Were Young 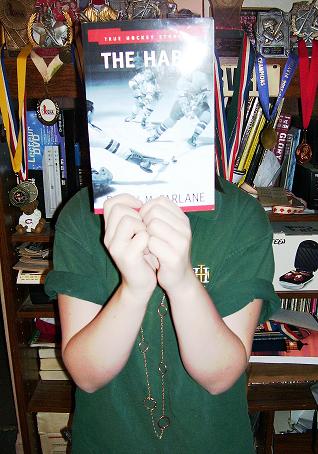 Below you will see 30 photos of former Canadiens players, a few non Habs, a movie star and a rock star thrown in just for fun.

Most of the shots are seldom seen photos from the players early days. I thought that with some vague hints that it might be fun to try to guess who some of these people are.

You might be to wracking your brain a bit, so I'll make it worth your while. For the first person to name all 30 photos correctly, or whoever names the most by Friday midnight, I'll sent you my copy of Brian McFarlane's "The Habs" that my daughter is holding in the photo above.

Here's what you do. Below you will see a list of hints numbered 1 through 30. On each photo there is a letter from A to DD. Simply combined the letter and number, along with the player's name. For example: A1 Joe Schmow, B2 Earl Laperle, etc.

You can post questions concerning the photos in the comments, but please e-mail your answers to me a realitycheck-time (@) hotmail (dot) com. As soon as there is a winner, it will be posted. In the event of a tie, there will be two more hockey books to choose from.

1 - A current member of the Canadiens.

5 - A very well known movie star who only wore hockey skates for the movie role he's pictured in.

6 - A former Canadiens coach whose hockey career was cut short.

11 - A former Habs player and coach who hated to lose.

12 - A one time Canadiens prospect turned sportscaster who was gunned down by a schizophrenic.

13 - Someone in hindsight the Canadiens should have gotten sooner rather than later.

14 - A former Habs player who had bad timing when it comes to pulling goalies.

15 - A one time Canadiens farmhand who became the Senators coach.

16 - Who this guy hired to coach the Canadiens.

17 - The guitarist for a band whose best selling album remained on the charts for over ten years.

18 - The brother of a Canadiens Hall Of Famer who was called up to replace him due to an injury.

19 - A goalie stolen from the Bruins, who began his career by robbing the Bruins.

20 - A defenseman in the Canadien system who starred in the 1972 Summit Series for Canada but never played for Montreal.

25,26 - Two of the greatest defenseman ever to play the game. 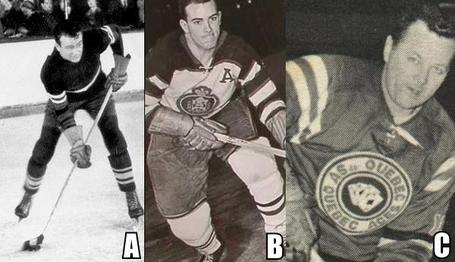 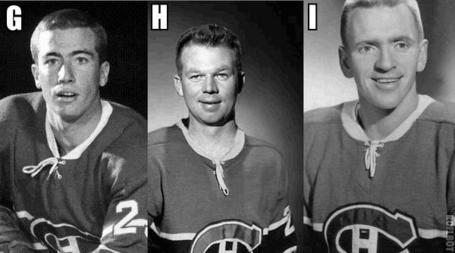 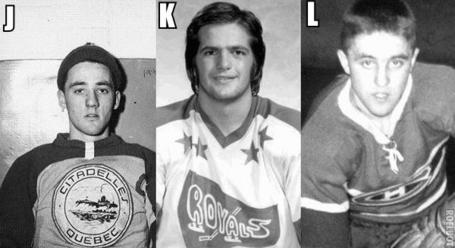 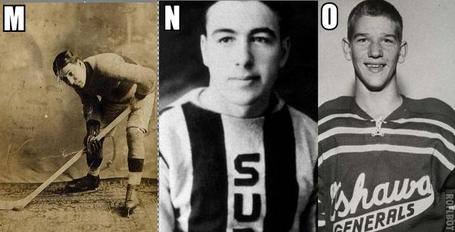 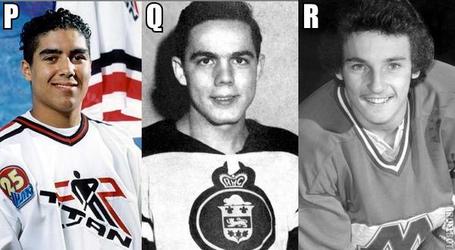 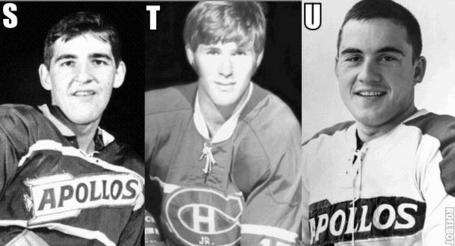 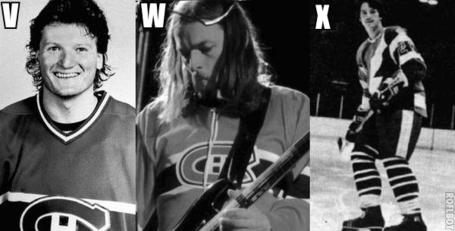 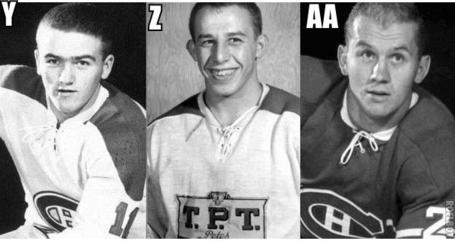 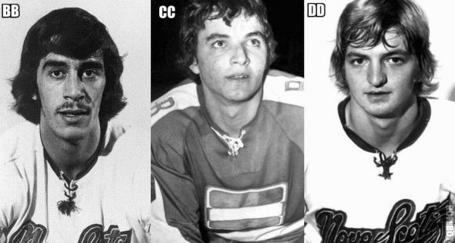