An Embarrassing Situation For The Canadiens

Share All sharing options for: An Embarrassing Situation For The Canadiens 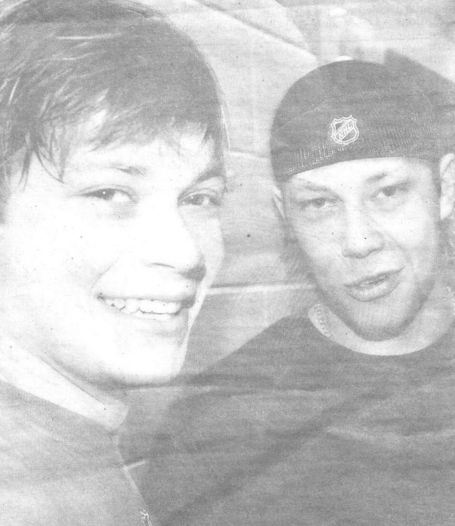 The presumed criminal, Pasquale Mangiola, 38, has been arrested for drug trafficking and it is alleged that he served as an intermediate for several criminal factions.

During the investigation that led up to "Operation Axe" the police taped several telephone conversations with Mangiola's knowledge. Several of them involved the Kostitsyn brothers.

According to La Presse, Mangiola is a good friend of the Kostitsyn brothers.

The 38 year old was at the service of the two Canadiens players, performing favors for them that involved nights on the town, women, and luxury cars.

Canadiens defenseman Roman Hamrlik also has ties with Mangiola. Hamrlik has been seen in bars in the company of Mangiola and the brothers.

La Presse questioned Andrei Kostitsyn after the game against the Penguins on Thursday. The elder of the brothers confirmed that he knew Mangiola, but that he didn't know anything about him.

Don Meehan, the player agent for both Kostitsyns, made it clear that does not know the individual in question.

Additionally, Meehan and the Canadiens organization, sought to clarify that the demotion of Sergei to the AHL Hamilton Bulldogs earlier in the week, was strictly done for reasons involving hockey. 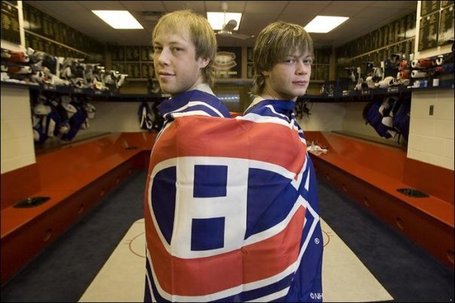 The sports radio station CKAC's Corus Sports page has more details on the emerging story. Here's a translation of this one.

According to La Presse, Roman Hamrlik, as well as the Kostitsyn brothers, Andrei and Sergei, have been limked to Pasquale Mangiola, a member of an organized crime ring.

Mangiola had been implicated in arrests undertaken by the SPVM (Service de la Police de la Ville de Montreal) on February 12, in an undercover operation now known as "Operation Axe".

Six charges have been laid on Mangiola, including possession and trafficing of cocaine as well carrying a prohibited firearm. He is said to have been involved with three gangs targeted by the police sting.

The Kostitsyn brothers are said to have communicated with the suspect several times per week, and the conversations were recorded by police during the operation. The two brothers have been seen in the company of the accused in a St. Laurent boulevard bar. The police have also indicated that Hamrlik has been spotted amongst Mangiola's entourage, but say he is not as close to him as the brothers.

According to the paper, there are no charges pending against the Canadiens players, but that they will be subjected to an interrogation.

Mangiola took the brothers under his wing upon their arrival in Montreal, helping them find homes and vehicles. An avid hockey fan, Mangiola provided for all their needs: purchases, luxury cars, alcohol and even women, much to the host's pleasure.

The investigation also reveals that Mangiola had access to the player's credit cards and that financial documents containing the logo of the Canadiens Hockey Club were found during a search of his premeses.

It is however impossible to know what role the Kostitsyn brothers had in the suspects entourage, other than being associated with bad company.