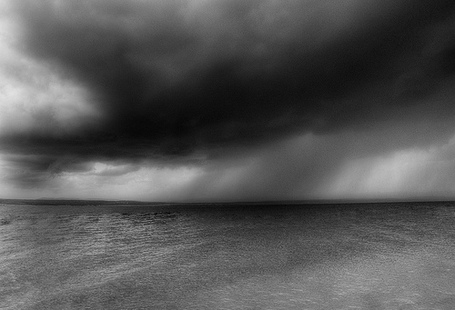 The Canadiens made it close in Pittsburgh tonight, coming from behind three times to finally lose 5-4.

There were moments in which the spirit of last night's Capitals game showed through, but the Habs started flat and never caight up. Plekanec and Andre Kostitsyn, each enjoying three point nights, again appeared in 2007-08 form, but it wasn't enough to carry the team to victory.

Newest Hab Mathieu Schneider saw 24:17 seconds of ice and scored his first goal with his new team. The bad news was that he was obviously overemployed, going minus 4 for the games.

My apologies, but that is all I can manage in terms of a game summary. Because of word that a major news story involving the off ice activities of players, including possible criminal charges upon their return to Montreal, is hitting the press by morning, hockey is obviously secondary on my mind.

Since Monday, I have been working on an article dealing with the behavior of players away from the rink, and was likely going to be posting it here tomorrow. From the sound of it, this news has roots in the story former Canadiens coach Jean Perron broke earlier this week, just after the Canadiens had announced that Sergei Kostitsyn had been sent to Hamilton.

Perron, who has had a reputation in the past for spewing all kinds of nonsense, seemingly had concrete word that some bad stuff had been going down. After alerting Canadiens management of it, he then released his information publically, which didn't endear him to a some people, Habs coach Carbonneau included. Carbonneau was a player on the 1988 Perron coached Canadiens during the infamous "Lampadaire" incident.

Just prior to the opening playoff series against Hartford, three players broke curfew from the hotel the club was staying at on the south shore, and headed for a night on the town that went terribly wrong. There was a car accident and young women involved, but charges were never laid. The story was covered up for a month, and Perron was the last to know about it. GM at the time, Serge Savard, informed Perron of the incident, just prior to firing him in May of that season.

When Perron brought this latest story forth, his timing and credibility were questioned. Perron dropped the names of Kostitsyn, along with Higgins and Price, saying that their after hours exploits were known city wide, and that they had a reputation as a bunch of direspectful hell raisers.

It is expected that tomorrows news will be a continuation of these allegations, and it is also being said that it will be akin to a bomb dropped on Montreal.

During tonight's episode of L' Antichambre, host Alain Crete, and former coaches Jacques Demers, Michel Bergeron, Bob Hartley, and Normand Flynn all spoke briefly on the subject, biting their lips and witholding all detail. At one point during the episode, Crete mentioned that players on the Canadiens were receiving e-mails and text messages all day long regarding the shit that's about to go down.

As far as the piece I was about to post, I'm almost thankful it was taking as long to write as it did. In it, I made comparisons between the alleged activities of today's players versus the legends we place on pedestals. The point of that outlook was to shed light on the fact that increased media alters the perceptions of the public in regards to players behavior, often magnifying lighthearted moments capture on You Tube and Facebook, and making them seem much worse. While some of that is surely true, it seems this breaking story is much, much worse.

I'll be saving the piece I wrote, likely to chop it up in coming days as this story breaks.

I have a feeling I will translating a great many french newspaper articles over the next while.

There is a sickness in my gut, thinking that these incidents committed by adolescent fools will have a domino effect on some good and credible people.

Just when we thought things couldn't get worse. Makes me wish the centennial was celebrated next season.