An OT Point, And A Mental Victory For The Habs

Share All sharing options for: An OT Point, And A Mental Victory For The Habs 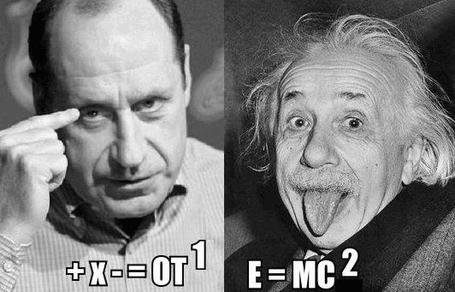 The Canadiens lost a heartbreaker to the Capitals last night, but it seemed only a loss in relative terms.

I despise the term "moral victories", for all it isn't worth. With everything happening on the sidelines, the Kovalev and Kostitsyn sideshows, what was needed from this game was a concerted team effort. Involved in all that, each player needed to get their hearts, minds, and balls all in synch and focus on what the team needed done.

In regards to what was at stake, and in the context of what this game won, you can call it a mental victory.

While the team managed to add a point to their season totals through a well earned shootout loss, it seemed to gain much more than the final score lets on.

It gained a return of focused play in regards to units of five working together.

It gained a return of it's own self respect by doing so.

It gained a cohesiveness that had not been seen in weeks.

It gained the return of solid, dependable goaltending.

It gained in team spirit due to the committment that brought on all the above.

The team gained what looked to be a number one centre in Tomas Plekanec once again.

The power play proficiency, which had all but disappeared, returned in spades.

It displayed the return of six defensemen who looked like they actually belonged on a NHL roster.

A win last night against Washington was seconds, inches, and slivers from becoming reality. In the context of how the team approached and played this game - giving all it had for 65 minutes against a strong and feared foe - the nuances of how it lost do not matter.

Perhaps like yourself, I was worried about this one, big time.

I knew the club would respond to events of the last few days, but I was concerned whether their fragility would be able to sustain an energetic response for the game's duration.

We all know that GM Gainey has sent Alex Kovalev a message. Such a daring move would be rendered completely useless if the team didn't back it up and send a message to Kovalev themselves as well.

For one game at least, Gainey deserves credit for his manoevers. The addition by subtraction of a team distraction for the time being seems to have paid dividends. 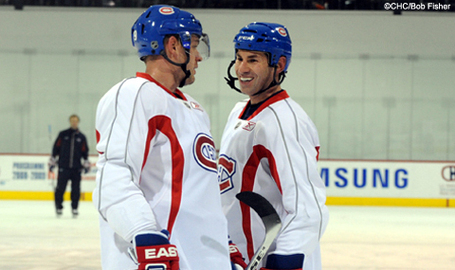 The energized team that took the ice last night played like a proud one. They were far from perfect, but in their effort, I felt very relieved. If they continue to play with this much conviction, doubts about a playoff spot will fade quickly as the weeks pass.

For now, my question is this: Did it have more to do with knuckle whacking Gainey gave Kovalev or was it the addition of Mathieu Schneider to the defense corps that brought out the best in the club?

Schneider, for his part, was surprising. Upon news of his acquisition, I would have guessed at best that he would bring about some senblence of stability after a few games of getting used to his new environment. I surely did not expect such a contribution one game in.

By playing close to 27 minutes, helping anchor a previously wobbly power play, throwing some key hits, hitting the net on target, and limiting giveaways to a bare minimum, Schneider was impressive beyond belief for a first game back. He won't be asked to maintain such a pace, but it is comforting to know that the tools are still there in spades.

I was equally excited about the play of the Lapierre, Kostopoulos, Stewart trio, who, as it should be, were a giant pain in the ass to the Capitals all game long. Last night, they were used as the team's third line, but are truly a fourth line, when injuries are taken into consideration. When you think about it, they make one heck of a fourth line, too.

Plekanec had wings again, seemingly unshacked by an anchor named Kovalev. Everything he did last night is easily summarized by suggesting that he was last season's top pivot once again, for at least one game. It was a big relief to see him play with such spunk and fearlessness once more.

At his side were Pacioretty and Kostitsyn, and the fit was good. They had bite together and created scoring chances with a sustained effort in all ends of the rink.

The line of Koivu, Higgins and D' Agostini were more familiar to each other, and were tasked last night with having to generate chances while keeping an eye on Ovechkin and his cronies. For the most part, they did their work, and their contributions were spread across 200 feet of ice.

I can't say as much for the line of Laraque, Dandeneault and Chipchura, other than to say they were far from being a liability. I found their goal last night was to make sure that nothing eventful occurred while they were employed, and to that end they met that goal. Truly, if one considers that these three are holding down spots in the lineup for a line made up of the likes of Tanguay, Latendresse, Begin, Sergei Kostitsyn and just maybe....Kovalev, then you get that if the Canadiens can piece together another line comprised of last night's missing elements that would make what we all witnessed for the first time in a long time even better.

Beyond all the drama of previous days, a new acquisition, demotions and callups, the most important factor of last nights game was how well the six defenseman played and how there were once again working in complete complicity with the forwards units. 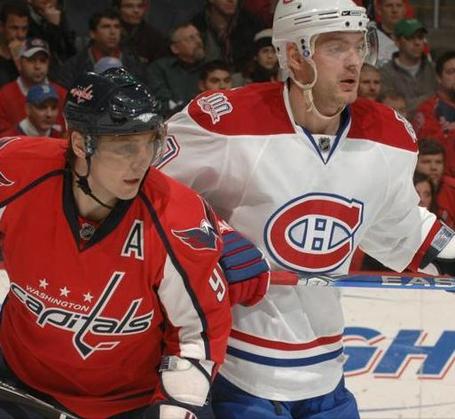 Schneider, of course, made a difference, but everyone behind the blueline were settled down for a change, because of how committed units of five were in working together.

Andrei Markov looked like Andrei Markov again, and not just on the powerplay. He played over 25 minutes, but rarely seemed to be extending himself. Komisarek was paired with Hamrlik until he was injured, and rarely left to his own devices like he had been by Markov. The two combine to offer a similar sensibility when united, with neither of them being taxed to extremes by unforeseen errors. They play like they know they can rely on one another, which is extremely comforting going forward.

Hamrlik incidently, may not be out of the lineup as we all feared. I have heard nothing official as of yet, but a commentator on CKAC this morning said that he was seen walking quite normally in the dressing room area after the game. Hopefully, that assessment proves true.

For all the percieved new discoveries and pleasant surprises last night's game provided, just as true a test comes tonight in Pittsburgh. Being that it is the last game of this long road swing, and the second game in two nights, additional scrutiny will be given to how everything flows.

It's hard to suggest if there is anything in tonight's outcome that hangs in the balance in regards to the Kovalev controversy, but in my eyes, the better the team plays, the stronger it makes all possible options for Gainey and whatever plans he has.

All well as the team worked last night, some pages will have to be turned in the coming days in order to clarify a focused gaze forward.