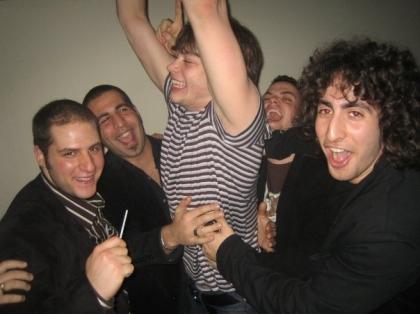 In a breaking story from 45 minutes ago, it was revealed that as of late yesterday, the Canadiens have sent winger Sergei Kostitsyn to Hamilton. Forward Gregory Stewart will be replacing Kostitsyn on the Canadiens roster.

The youngers Kostitsyn, who has been subject of much criticism, rumours and specualtion of late, has been a disappointment this season, and has been dropped from the lineup on several occasions.

I just caught a slice of the story from CKAC just after 3 P.M., and it ties into news brought forth by former Habs coach Jean Perron that Kostitsyn and two other named players on the Canadiens were involved in all ill timed party that did not sit well with Canadiens management.

Could it be that someone pulled a Michael Phelps on Kostitsyn, posting some private photos on the internet that conspired to bring the demotion?

Kostitsyn will be replaced on the Canadiens roster by forward Gregory Stewart. More on this as it develops. Any pertinent links will be added here as they are found.

In other Canadiens news, Alex Kovalev dil not be accompany the Canadiens to Washington today. The team has stated that he will be resting back in Montreal. No further explanation has been offered. Also, it was made known that newly acquired defenseman Mathieu Schneider will be donning the number 24 jersey most recently worn by Hamilton callup Alex Henry.