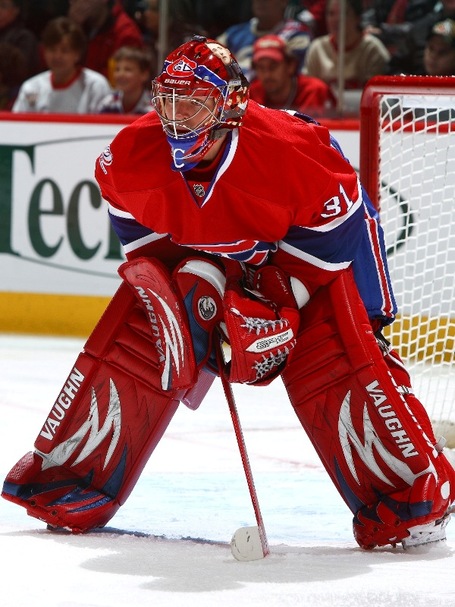 Got a few bucks left over from Christmas?

Are you about to cash in on a hefty inheritance?

Well then, this item I found at NHL.com is just for you!

You are bidding on Carey Price’s game-worn mask from the Montreal Canadiens' Centennial Game versus the Boston Bruins on December 4, 2009 at the Bell Centre. Designed and painted by David Arrigo, this mask celebrates the 100th anniversary of the Montreal Canadiens through six (6) of its great goalies, all Hockey Hall of Famers: Georges Vézina, George Hainsworth, Bill Durnan, Jacques Plante, Ken Dryden and Patrick Roy. Also depicted are the different logos utilized by the Canadiens over the years. On the backplate is a listing of every Stanley Cup win. This prize also includes two (2) tickets for a Canadiens' game at the Bell Centre (2009-10 regular season) and a meet & greet with Carey Price. The mask is accompanied by a Letter of Authenticity (LOA), with dual hologram stickers, which is signed by Montreal Canadiens Head Equipment Manager, Pierre Gervais.

Hey, doesn't Granny keep a toonie bank under her bed?

After the jump, there's four closeups to make your wallet drool! 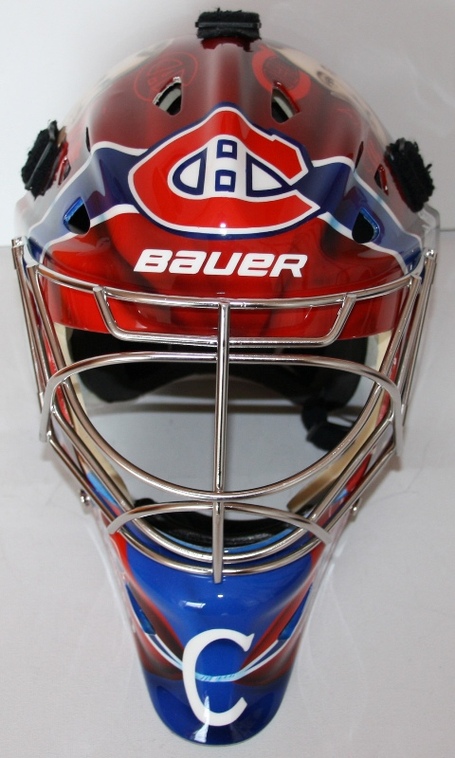 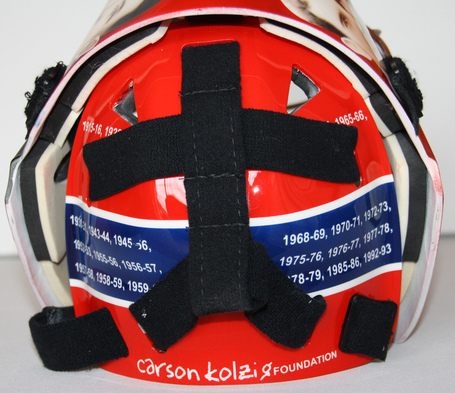 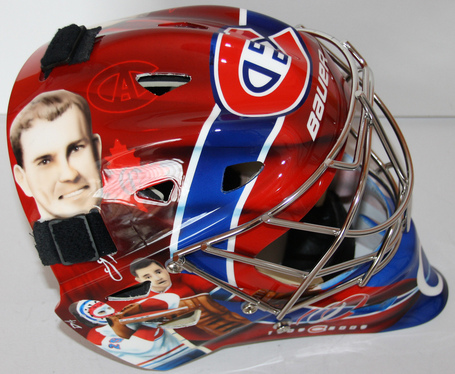 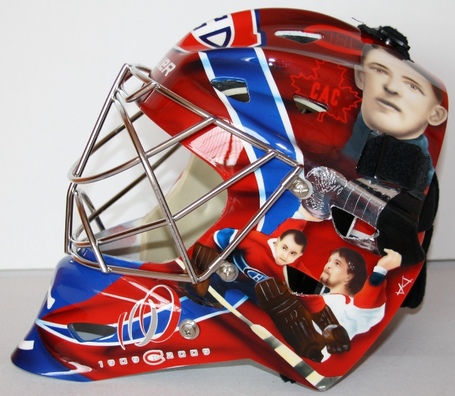