Canadiens Lick 'Canes, All Is Almost Well In Habsland For Christmas

Share All sharing options for: Canadiens Lick 'Canes, All Is Almost Well In Habsland For Christmas 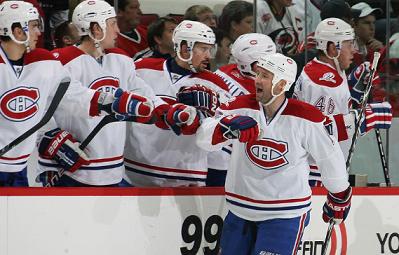 True to form of late, Les Canadiens allowed a blitzkrieg of shots against in Raleigh, but contrary to the first two road wins of this current trip, the Habs hit the scoring sheet early and put this one way by the 20 minute mark.

Offensively, and since the return of Andrei Markov, this team is coming together like two sides of a zipper. For only the third time this season, Montreal have scored three or more goals in three consecutive games.

The 5-1 win over Carolina told two tales in effect. While it has been comforting to see the Habs light it up of late, it must be remembered that the Canadiens have not exactly been slaying Goliaths the past three games.

In allowing over 40 shots on goal for the third consecutive game, 47 in this case to the league's weakest team, the Canadiens essentially need to tighten up to climb in the standings. How it is managing to win games is downright heroic, and due in whole to stellar goaltending and efficient special teams. 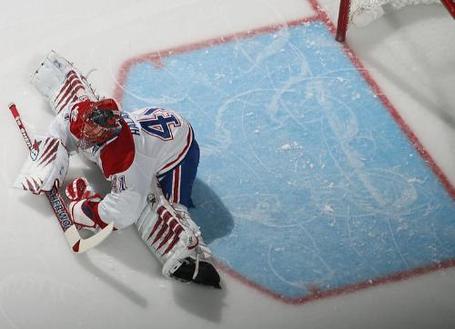 The game against the Hurricanes was an odd one, a rare occasion where Montreal has put a game out of reach in the first frame. The high shots total was attributed to the notion that the team went all out to pad that lead, opening up and allowing the Canes to fire away.

It could also be mentioned that this game would have been the perfect opportunity for the Canadiens to clamp down and put the Hurricanes on snooze, but this team does nothing easily.

They own league's best power play overall and on the road. The Canadiens have tallied 29 times in 118 chances for a 24.6 % rate overall, slightly ahead of the Washington Capitals. On the road, the Habs PP is by far the leagues best, with a 34.0 conversation rate. 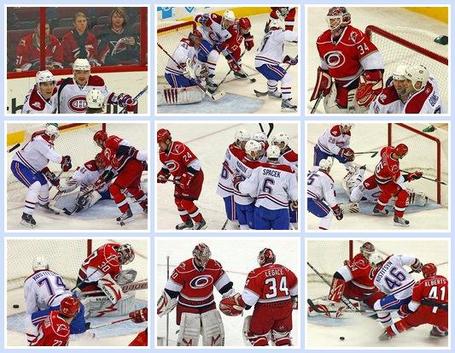 When one considers that Andrei Markov has just returned to the lineup, these stats should only get better. The 118 chances by the Canadiens rank them 30th in the league, dead last in that category. If Montreal needs a New Year's resolution, it should be to find ways to force the opposition to take more fouls against the team.

The Canadiens penalty kill is tied for seventh in the NHL, with an 83.9 success ratio. This unit has been especially proficient over the last ten games. Conversely, the Canadiens 174 chances allowed is tops in the league, representing a facet that truly needs work. More discipline would lead to less shots on goal, of which the Canadiens have allowed 1256, or an average of 32 per game. 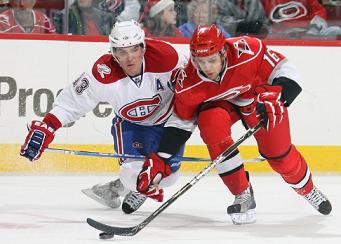 Individually, Tomas Plekanec is now sixth in scoring and behind only Joe Thornton with 36 assists. His points are pilling up as are the adjectives for his play. It adds up to an interesting contract scenario for next season, one that every corner is calling to be solved as soon as possible.

The status of goalie Jaroslav Halak, currently outperforming Carey Price is also a hot potato. Halak is rumoured, practically confirmed, to be on the trading block. As his value increases, those rumours will gain in propensity and disproportionate stupidy. Perhaps GM Gainey will address these concerns in the short term, before they manifest themselves into whole other issues.

The best news of all is that their record has returned to .500 and they are starting to have some things to boast about. 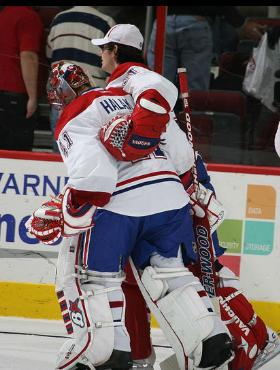