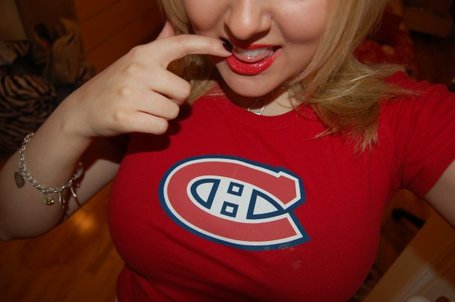 Don't know if it was Benoit Brunet or Pieere Houde of RDS last night who mentioned that coach Jacques Martin has tried and done everything to get his team's offense going, but I'll take issue with that.

Yes Martin has juggled forward lines, but his changes are obvious and not often very creative. An opposing coach can see them coming a mile away.

Let's get some facts down:

Fact 1: In the majority of games, the Gomez, Gionta and Cammalleri line remains intact for the better part of those games, as do the line of Glen Metropolit, Travis Moen and Max Pacioretty. The line centered by Tomas Plekanec has been a spin the wheel affair and the team's fourth line has been a mixture of both promotions and demotions of late, a undefined gumbo of circumstance.

Fact 2: For steadiness, the most regular performers have been Gionta, the surprising Metropolit, and Plekanec, often the team's most dependable and consistent element.

Fact 3: The solution to whatever woes Andrei Kostitsyn is having will not be found in pairing him with Tom Pyatt or Kyle Chipchura at center. 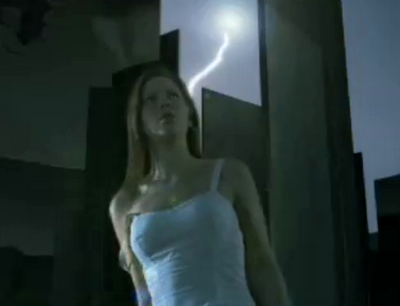 How about breaking up the top line for a half game and letting Pleks play with Gionta and Cammalleri?

Hasn't been tried yet, what's there to lose?

Take Andrei on the left wing and put him on the right with Gomez, so his stick will be in the middle of the ice with the team's best passer. Put some meat on the right side, say Guillaume Latendresse, and order him to crash and bang and create hell at the lip of the crease. 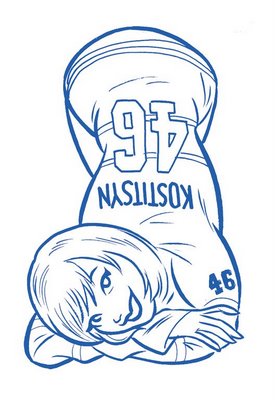 A line of like minded talents, for grit and grind. Lapierre, Metropolit and Moen. A third line with two natural centers and loads of face spit. I could like this.

Line four, an all kid line.

Cut the crap and call up Sergei Kostitsyn soon as his purgatory is over. He's the wild card that might make the Habs top six or bottom six forwards better.

On potential, who is the Canadiens best prospect for centering the fourth line at the moment? 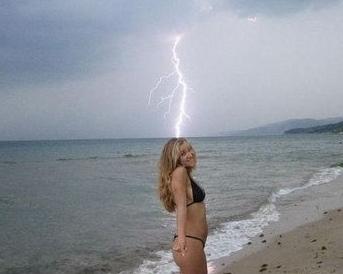 Is it the limited Chipchura, who is hard working but in tally doesn't affect much?

Could it be Pyatt, with two games of NHL experience, all kinds of speed and will, but little upside?

Or maybe it is Ben Maxwell, the Bulldogs leading scorer last season, who has all the makings of a strong two way centerman.

I call Maxwell, with Sergei or Max Pacioretty, one on their off wing - a bona fide kid line with energizing ability. Max and Sergei are both talented enough to shuffle wing roles with other lines.

I think that all this could work, but the variable in it all is, can Gomez's ego deal with losing his speedy flaps. I'd chance it! 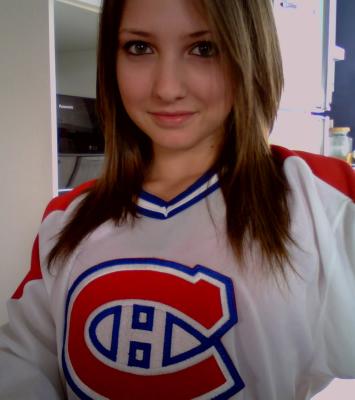