Share All sharing options for: Good Reads On Jacques Plante 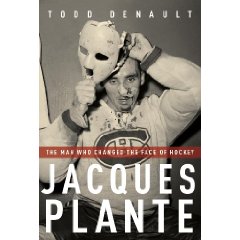 Fifty years ago this past November 1, legendary goaltender Jacques Plante drastically changed the face on hockey by becoming the first netminder to permanently don a mask during games.

I have told about Todd Denault's Plante book a few times, but here's a good little read from the Copper and Blue that summarizes Plante's effect on the game of hockey. Check it out!

Update: Todd's on tour these day, apparently busier than Springsteen. Check out also his appearence on the Grill and an interview on XM Radio.