Not Wild About Latendresse Trade

Share All sharing options for: Not Wild About Latendresse Trade 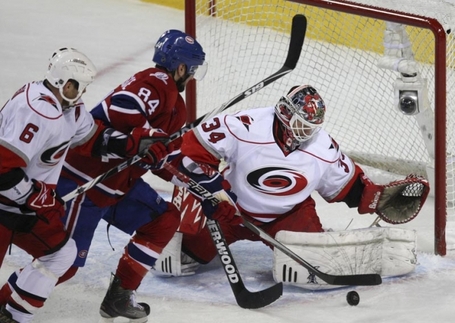 Not everyone liked or appreciated Guillaume Latendresse during his three seasons in Montreal. I on the other hand liked the kid a great deal.

There was never any getting around the truth that Latendresse was a below average skater who was submitted early to the tremendous pressure of being a local boy playing for the team of his dreams. Through his first three campaigns, he at times struggled or showed promise, but over the course of close to 200 games, it became evident that the Canadiens organization did not quite do what needed to be done to develop him properly.

The promise of Latendresse's potential seemed to stagnate this season. With a new coach seemingly unwilling to pair him with the player he worked with best in Max Lapierre, Guillaume was back to trying to carve a niche for himself.

It hasn't been an easy season for many of the Canadiens forwards, complying and dealing with the numerous changes of a constantly shufled lineup. For Latendresse, a player who hadn't quite yet cemented his place, such a scenario was extremely detrimental to his standing.

2009-10 was said to be a season in which Latendresse would finally surpass the 20 goal mark, which is still something noteworthy for depth player on teams thought to be playoff bound. After seasons of 16, 16 and 14 goals, much more was expected of the former second round pick.

In his time in Montreal, Latendresse aquitted himself decently under pressure, having been one of the few teenagers in Canadiens history to join the club, nevermind scoring 16 goals. What is bothersome now, looking back, is that he is something of a posterboy for regressive Habs draft picks. There are too many to list, but it's oddly coincidental that on the day that Guillaume is shuffled off to Minny, Sergei Kostitsyn, another Habs pick that has regressed in three years is recalled.

Perhaps what bugs me most about the deal is that it comes at a time when many of the teams' offensive gears are grinding. Thruthfully, apart from Mike Cammalleri and Tomas Plekanec, who on the club is having the season that was expected of them? In that light, what a miserable time it is to judge a talent so nascent. Twenty games into the season, on a team still searching for identity is a bit of a risk.

Where it really gets me is that Latendresse had taken steps towards fulfilling what he was to eventually become, as a second round pick. In a sense, he had delivered on that some. He might never have been power forward material, but on a power play that includes Andrei Markov, he couldn't been made into an asset had he learned how to park his ass in front of the net. 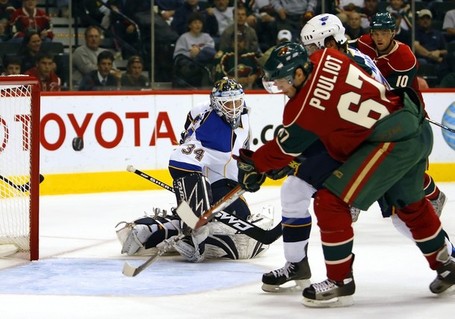 From the Minnesota Wild, the Canadiens receive former fourth overall pick Benoit Pouliot. A positive outlook on the trade is that Montreal moves up 41 spots retroactively in the 2005, getting the player selected immediately prior to Carey Price.

The word on Pouliot has often been that he is talented but lazy. A player of size and skill superior to Latendresse, he's worn out several Wild welcome mats in three season. If Guillaume is still trying to latch on into his fourth season, you can be sure there are reasons Pouliot has played but a handful of game since being drafted.

Perhaps the best scenario in the trade is that it is simply the shuffling of those prospects who were in need of a scenery change. We're all familiar with what Latendresse endured, but Pouliot has gone through his own disappointments and trying times.