Habs Lose A Thriller To Flames

Share All sharing options for: Habs Lose A Thriller To Flames 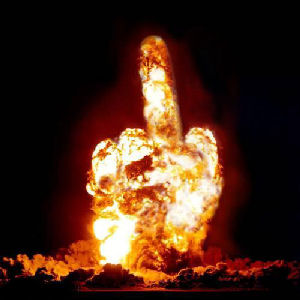 Life's gotten in the way, so I'll just have a quick few thoughts on the 1-0 loss to Calgary last night as I was only able to catch maybe half the game up till this point.

From what I saw it was a heck of game. Fast, lots of hitting, the obligatory fights, players standing up, killer scoring chances and great goaltending. In a wrap, everything a Habs / Flames game always is.

In all that, it's too bad the refs didn't show up.

It's not like it would have made a difference in the score, as the Habs PP bites it these days, but there could have been some serious injuries.

Tomas Plekanec looked to be really primed for this game, and it became obvious after awhile that the Flames were targeting him some, but how Phaneuf and McGratton don't get called for their fouls on Plekanec is beyond me.

On the first, you have a player racing for a puck near the end board who is upended and crashes dangerously to the ice. The spot where the end board meets the playing surface is an unforgiving area in terms of impact. Pleks was lucky he fell the way he did. It could have been much worse. 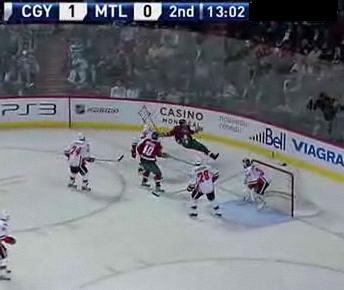 The argument for not calling it might suggest that Plekanec was off balance, but that's a crock. A skating stride is the same as a walking pace, where you can only have the weight on one foot or leg at once. Plekenac was moving - again, without the puck - and in a vulnerable position. It's not like he was braced for the shove or could have protected himself. He was racing for the puck.

In the incident with McGratton, Plekanec was striding toward the Flames blueline without the puck when hit. It was a cross ice blind spot hit similar to that of which the Flyers Mike Richards administered on David Booth.

The Phaneuf hit is at 2:10 in the highlight clip below.