Share All sharing options for: Flames and Habs Always a Heartwarming Duel 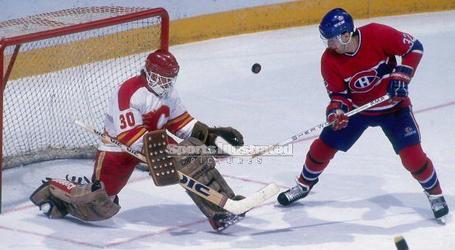 When I think of the Calgary Flames, (in town to play the Habs tonight), thoughts of 1986 and 1989 immediately spring to mind. There are great memories, some not so good, but hearing someone say the Flames name is like playing word association with the hockey flashpoints of my brain.

A friend actually wanted to try this once with hockey terms and name. It went something like:

Both the 1986 and 1989 Stanley Cup finals were classics in my mind, as it was the last time two Canadian teams met for the Cup.

Montreal and Calgary (the Tigers) first met for the Cup in 1924 - in an NHL East versus WHL West format.

Jean Perron, probably one of the most disliked coaches the Canadiens have ever had, started a Habs coach trend in '86, as he was the first of three successive first year Habs coaches to go straight to the Cup. Pat Burns in 1989 lost to Calgary, Jacques Demers won it in 1993.

So I have a soft spot in my heart for the Flames, and that's not to be confused with a hard spot in my pants. I'm not in love with 'em, but I sure do appreciate them.

It probably started back when they held off the Oilers in Game 7 of the second round in 1986, after Steve Smith did every Habs' fan a favor by banking the series' winning goals off the back of goalie Grant Fuhr's leg.

The one edge the Habs might have had was in goal - Patrick Roy over Vernon in a heartbeat, right? 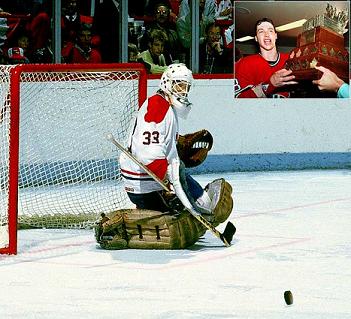 After that '89 final the Flames fell into some sort of abyss for a dozen or so years, only to rise like a phoenix in 2004.

Okay, that anology was odd, but in the 2004 finals, I was cheering badly for Calgary, desperately not wanting to see a team from Tampa win the Cup.

The Flames were screwed over big time in Game 6 of those finals, when officials completely missed a chance review a Martin Gelinas shot that skimmed just under Nikolai Khabibulin's pad past the goal line.

The third period goal would have given the Flames the lead at a crucial time in the contest. Had they held on, it would have been game over for Tampa. A different camera angle caught the puck, clearly in the white behind the goal line five minutes too late. and the Lightning went on to tie the game and sending it into overtime. Tampa wound up winning Games 6 & 7 and the Cup in the process.

Not to take away any merit from a hardworking Lightning bunch, but there ought to be a Stanley Cup Champions 2004 banner hanging from the roof in Calgary, next their lone 1989 one. 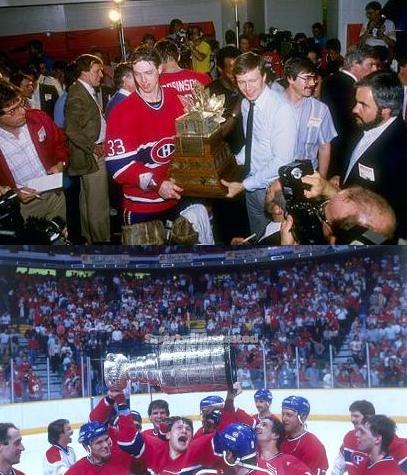 The 1989 Cup loss in coach Burns' rookie season was the only time ever in Forum history that an opponent won the Cup on Montreal ice.

For most of this generation of Habs fans, that 1986 season is perhaps their Canadiens watershed moment. Montreal, after years of Islander and Oiler dominance, were back on top of the hockey world, albeit briefly.

Those were great times to be a Canadiens fan. Montreal would reach the final again three seasons later, before heading back to win it all in 1993. This was the last period that the Canadiens stood amongst the league elite. 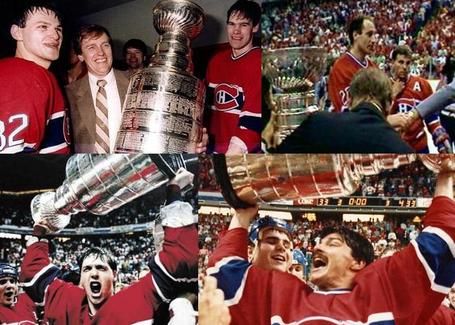 Going back to '86, what a team of warriors that was.

Skip the elite players for a sec and check this list of muckers.

There was scoring finess with Naslund, Bobby Smith, Kjell (Flash In The Pan) Dahlin, and young Richer. 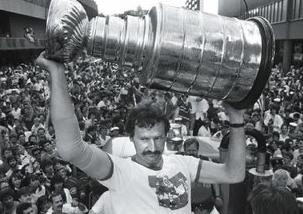 The blueline had a pair of Hall of Famers in Larry Robinson and Chris (He'll get in!) Chelios, rounded out by three guys who could move the puck in Gaston, Svobado and Kurvers.

The role players were Kordic, Lalor, Rooney and Maley, and each had their moments that spring.

But it's that Skrudland goal....

Who can forget the overtime winner in Game 2, scored nine second into extra play?

We'll always have the Flames to thank for those great memories, with an ackowleging nod to Steve Smith. Calgary has always brought the best out in the Canadiens.

Just for fun, here's a list of 29 former Flames and Canadiens who have worn both the burning "C" and the "CH" in their time.

Betcha didn't think there were so many! 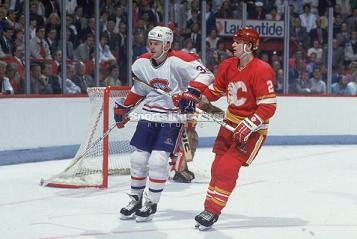 Somewhere in my collection of Habs memorabillia, lies a copy of the 1986 Sports Illustrated issue with Larry Robinson holding the Cup high above his head at Calgary's Saddledome. Luckily, I was able to access the actual pages online for reprint here. The print text is small, but clicking on them enlarges the page for better reading. Enjoy the flashback! 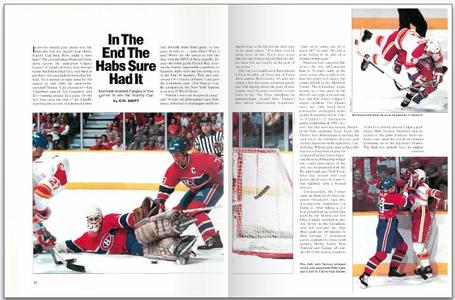 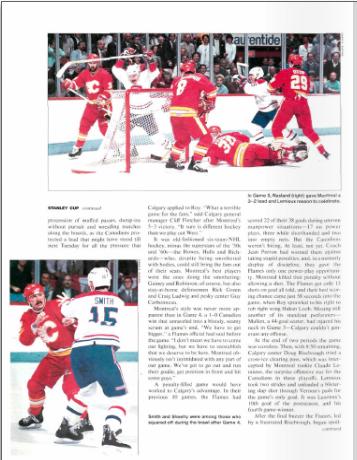 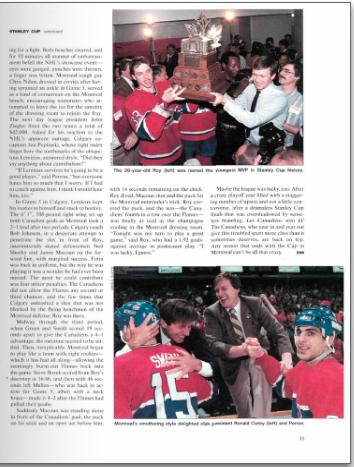 Two recaps of 1986 from the Canadiens official site

A pinnacle moment from the Legends of Hockey site