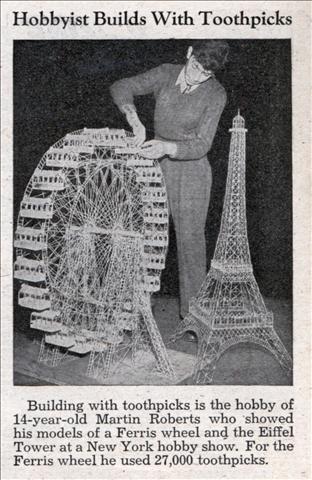 For some probably inane reason, the crevices of the cynical side of my brain wants to search out an old Blue Rodeo lyric to equate the state of the Habs these days, in light of last night's win over Toronto.

A win that felt very much like a loss, for reasons I can't quite get under my thumb.

Why Blue Rodeo and why now?

I think I own maybe a dozen Blue Rodeo CD's (and I can ever be heard hollering after "Dark Angel" on the live disc!) and their cynical (especially Greg Keelor tunes) and self deprecating lyrics have always had a grip on me. They connect hockey wise with me since I found out what fans of the game they are. They've played Cornwall a good half dozen times and on at least three ocassions I've sought them out after shows for signings and chatter. A great buncha guys!

In the mid '90's I saw them at the Forum opening for John Mellencamp and turned their five song 45 minute set into one long Greatful Dead - like jam, extending "Diamond Mine", "Side Of The Road", "Five Days In May", "Bad Timing" and "Hasn't Hit Me Yet" into the longest stretch of self indulgent soloing you'll ever see. It was my last visit at the Forum, and Jim Cuddy sang and played wearing a Habs home white jersey. Keelor, a Leafs fan, spent the night tugging on the "CH".

A few years later, once my oldest starting playing hockey, I was at the old barn in town and a ragtag bunch were playing a pickup game in front of me as my daughter dressed for her travel team practice. It was Cuddy and the road crew hitting the ice before playing in town that night, and I later learned that the icetime during winter dates was some kind of an occasional contractual obligation for booking dates in certain towns. Like what the hell else are they gonna do for entertainment in Cornwall?

So in that roundabout manner, Blue Rodeo enters my head hockey wise, at this precarious time, when the Canadiens need the added luxury of a shootout to beat a despicably disorganized Leafs time on a Saturday Night, wearing those ridiculous jailbird jerseys from a season none of us ever saw.

I watched the third period of the game from a bar, a couple of casual, but know-it-all hockey fans seated next to me in front of the screen. It's late in the game and I'm sensing the Habs collapse upcoming. One of the two who doesn't seem to know shit about hockey, predicts the Leaf comeback just as it unfolds. Moments before, he was trying to give me a hockey history lesson, telling me that when the Canadiens first started out years ago as a team called the Hochelaga Habitants.

Trust me, I couldn't invent this stuff!

The shootout begins, and he asks, "Who's in nets for Toronto?"

Johnny Bower, he is told.

As I noted the other day, it feels like the Habs are on a never ending ferris wheel ride. Last night, at that moment in the bar, it felt like I was stranded at the top of that wheel while passengers were unloaded, my iron gut giving way to sickness. I was the guy in Keelor's "What Am I Doing Here", a paean to being caught up the useless desolation of bummed out surroundings.

"On this useless night,
With you so far away,
I stand in front of this ferris wheel,
And I wonder what am I doing here"

A poster at the site yesterday, going by the pseudonym of "Patience Is A Virtue", took a respectable bite out of me, suggesting that my normal state of optimism had run afoul and it had disappointed him of late.

He saw good things on this team. I'm squinting!

"There are nights full of anger,
Words that are thrown,
Tempers that are shattered and thin,
But the moments of magic,
Are just too short,
They're over before they begin

I wanna go
I know I can't stay
But I don't want to run
Feeling this way
Til I am myself again."

I cannot put myself in a frame of mind to be generous with positivism. Adjectives feel like a stretch. A big fear as a writer - becoming phony!

I want to see a game where the team can elevate its play for sixty solid minutes, consistently. Domination is not necessariliy neccessary (?), but it would be nice to see the Habs control a game start to finish. These guys, and I know they are trying their best, are uncapable.

They need OT to win against patsies and get pummelled against teams with resilience.

If I were to put it any other way, I'd be deluding myself.

"She sees the world through rose coloured glasses
Painted skies and graceful romances
I see a world that's tired and scared
Of living on the edge too long
Where does she get off telling me
That love could save us all, save us all.

And it's day after day
I keep hanging around can you tell me why
Night after night, yeah I know I should leave
But there's something in those eyes
That keeps me hanging on, I'm hypnotized
It breaks my heart and I don't know why."

Yup, it kills me to see my team this way.

I despise shootouts because they are phony wins and I took no satisfaction at all in last night's result whatsoever. Had the Habs lost, at least I could have been furious.

Again, I don't want to be this way. This space is a bummer to read and I can sympathize with readers like "Patience" because in this light, shit, I wouldn't want to read me either.

I'd much rather be debating the notion of why Carey Price, after a decently good showing in Chicago that kept his team in the game, is sitting on the bench and stuff like Marc - Andre Bergeron, despite being a defensive minefiled, not being on the first PP unit.

I've tried psyching myself up, noting yesterday that a Halloween trick or treat game held allure. Of course the usual Twilight Zone crap, how predictable, played itself out again.

Maybe I'm all crappers cause it takes goals from unlikely sources such Latendresse, Hamrlik, Metropolit and Hal Gill (for chrisakes!) to knot the Leafs.

I'm seeing all the good little things, improvements in players like Kyle Chipchura, Max Pacioretty, the contribution of Glen Metropolit, Travis Moen being a thorn, some glimmers from Guillaume, Plekanec's dependability and the stuttered sparks from the Scott Gomez line.

I cannot profess, at this time, to seeing very much light of day.