It Will Be Trick Or Treat Against The Leafs On Halloween

Share All sharing options for: It Will Be Trick Or Treat Against The Leafs On Halloween 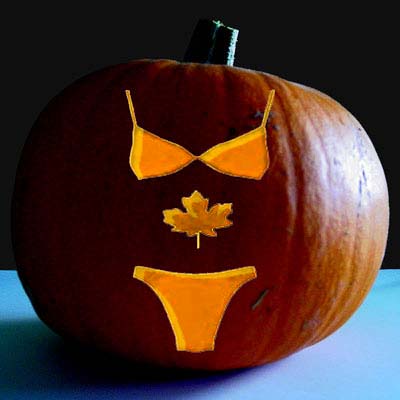 Get ready for this!

I've often in the past made reference to happenings of another wordly dimension when it comes to Habs / Leafs tilts. It's just something about when these two teams meet on Saturday night national telecasts that makes these games get weird.

It doesn't just happen to the Canadiens, it happens equally for the Leafs.

It's as though there are forces that be at work, tasked with making things strange, whether it be ghostly officiating calls, phantom bounces and breaks, paranormal forces inhibiting player behavior or freakish player injuries.

No Habs' fan loves the Leafs, and deep rooted dislike is more than mutual. 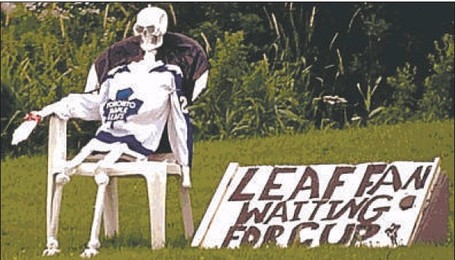 I've never shied away from notion that the Leafs scare the living hell out of me, for both the reasons mentioned above and the intensity of their rivalry with Montreal.

With the natural elements these games bring out, it ought to something freakish with The Twilight Zone meeting Halloween head on. It's even downright chilling to note that the Canadiens will dress for the occasion, wearing the highly despised barber pole pyjama retro duds from 1912-13 they wore against Boston last February.

The Bruins chewed up the Habs en route to a season of dominance, and the Canadiens lost leading scorer Robert Lang and Guillaume Latendresse to injury.

It's not a brilliant idea to don these CACA stripes against Toronto and I am sincerly hoping that Bob Gainey once again steps in and ixnays the idea. 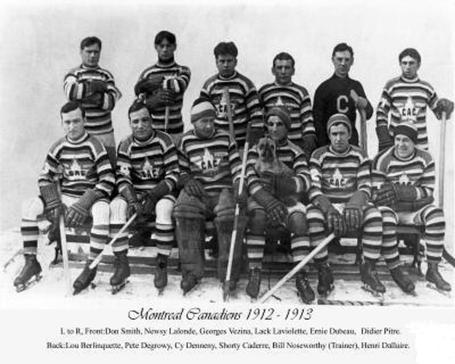 I looked up my 1912-13 post for clues as to why those old sweaters might cause so much doom and a couple of things stood out.

In the club's only official team photo that season, they employ a dog as mascot.

The leading scorer that year was Newsy Lalonde, who just happens to have been born today, back 1887.

While the Halloween Boo's tonight will be reserved for Mike Komisarek and Mikhail Grabovski, I get the freaky feeling we'll all be left wondering why the bleu, blanc, rouge goblins have invited the Leafs to play on this date, AND dressed for the occassion!

It could be a treat, but it all feels like a trick. 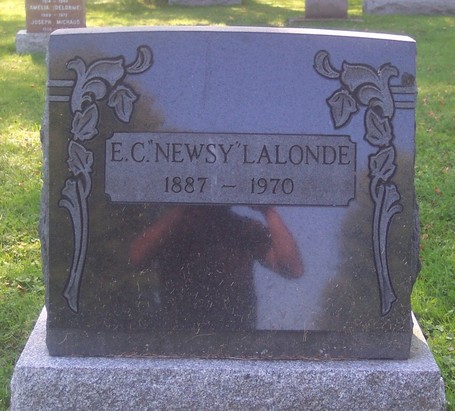 24 Cups looks at the Leafs