Share All sharing options for: What's On Bob Gainey's I-pod? 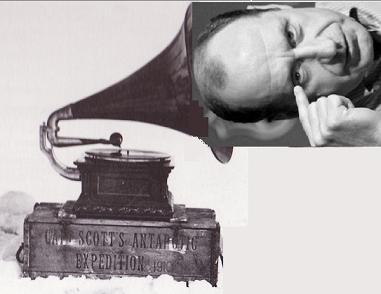 Last season, a popular feature on the Canadiens official site listed the favorite tunes of Canadiens players. I was always hoping the lists of what filled their ears would get around to including Habs' GM Gainey, if for no other reason than it would allow some insight inside the soul of a man that is extremely well respected, quite stoic, and one whom few people can really claim to know well.

As it goes, listening preferences tend to shed some light on more than just individual tastes. In some cases, a peek at an I-pod list can be an eye opener, wouldn't you say.

So what does Bob bpo around to?

Well, not much is known about Bob's taste in music, other than he enjoys the tunes by the celtic east coast band Great Big Sea, who've turned out for a pair of Gainey Foundation benefits at his request.

It's doubtful that Bob's tastes go to extremes. One cannot imagine any thrash metal or rap in his ears during his morning jog. Country tunes, I doubt, but maybe some hard edged blues guitar based raunchers are on his playlist. I'd bet that his tastes hit on some old soul tunes too, with a touch of jazz, some punchy classic rock, the odd '60's nugget, a punkish wail or two and maybe even some disco tunes.

So what I've come up with is an imaginary list of songs, that if he were inspired by the team's play, it's inside speculative issues, last summer's housecleaning, and the city of Montreal in general, that might comprise what keeps him on the up and up these days.

This isn't too be taken too seriously of course. Readers can speculate on why each of these would be on Bob's list, or you can feel free to add your own ideas of songs to these thoughts.

Up Around The Bend - Creedence Clearwater Revival / It's The End Of The World As We Know It (And I Feel Fine) - R.E.M. / Should I Stay Or Should I Go - The Clash / I Want You To Want Me - Cheap Trick / Almost Saturday Night - John Fogerty / Cold Shot - Stevie Ray Vaughn / Bye - Bye Mon Cowboy - Mitsou / 60 Minute Man - Bill Ward and the Dominoes / I Can't Stand Up For Falling Down - Elvis Costello / Beat It - Michael Jackson / Finish What Ya Started - Van Halen / The Boys Are Back In Town - Thin Lizzy / Signs - 5 Man Electrical Band / Crazy On You - Heart / Long May You Run - Neil Young / No Time - The Guess Who / I Will Survive - Gloria Gaynor / Cleanup Time - John Lennon / Money For Nothing - Dire Straits / From Small Things Mama, Big Things One Day Come - Dave Edmunds / Blitzkreig Bop - Ramones / Break On Through - The Doors / 99 Luftballoons - Nena / Hundredth Meridian - Tragically Hip / Waterloo - ABBA / Glory Days - Bruce Springsteen / Gimme Back My Bullets - Lynyrd Skynyrd / If I Could Turn Back Time - Cher