A Vest Pocket Rocket That Was Never Launched

Share All sharing options for: A Vest Pocket Rocket That Was Never Launched 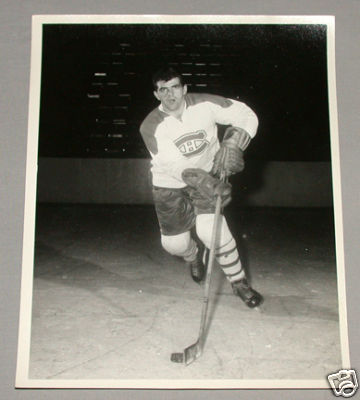 Canadiens history, unsurprisingly, has innumerable "Rocket" stories but there are two distinctly different but interesting tales of rockets that rarely come to the fore. These two, do not concern Maurice The Rocket, or Henri the Pocket Rocket, specifically. One is from the team's origins, back in the day when the identity of the club was still being formed in the impressionable minds of a fanatical fanbase. That tale appears below this entry, and can be accessed from this link. The latter rocket related story is from late in the Canadiens' 1950's dynasty, when a third Richard bother appeared on the Canadiens' scene.

For one third of the Montreal Canadiens existence, thirty - three combined seasons to be precise, a Rocket of one sort, or of the Pocket variety, was a force to be reckoned with among the Habs forward lines.

Maurice, the elder of the Richard brother's career spanned 18 seasons from 1942 to 1960. The Rocket was joined by younger brother Henri, in 1955, and the player instantly known as the Pocket Rocket endured 20 NHL campaigns, winning a dizzying 11 Stanley Cups along the way.

Few people know the story of Claude Richard, sometimes half - kiddingly referred to as the Vest Pocket Rocket. One year younger than Henri, Claude Richard received two tryouts with the Canadiens in 1958 and 1959. He was a right handed right winger as opposed to Maurice, who was left handed shot off the right wing. In training camp scrimmages, and exhibition games the three brothers would often form a line, with the Rocket switching to the opposite wing and Henri playing center.

The youngest Richard brother began in the Canadiens ranks as far back as the 1953-54 season, playing alongside Henri with the QJHL Jr Canadiens. While Henri was the talk of the league, posting 56-53-109 totals in 54 games, Claude managed to appear in one game with the club. With Henri soon to graduate to the NHL Canadiens, Claude moved on to the Hull - Ottawa Canadiens, a legendary farm club of the Habs that played in three leagues at once during the course of the season.

Hull - Ottawa were a force that season, and players on the club included future Canadiens Gilles and J.C. Tremblay, Bobby Rousseau and Ralph Backstrom. The team was run by Sam Pollock and coached by Scotty Bowman, and it finished the year as repeat Memorial Cup champions.

During the Canadiens string of five Cups, their practices and scrimmages were practically legendary themselves for being high intensity workouts that participants involved often claimed were more vigourous physically, and faster tempo wise, than the actual league games the club played against its five Original Six rivals. In essence, it didn't take long to assess whether a newcomer could keep up. This, was the environment in which Claude competed for position in the Habs organization. 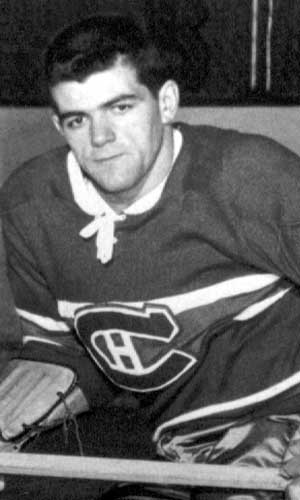 Claude, although two inches taller than Henri at 5' 9'', and slightly heavier, did not make the grade. In his brother's words, "He wasn't a good skater. He had a good shot. Then, there were only six teams. If it had been the seventies, he might have made the NHL."

The Canadiens were hoping the youngest Richard would make the team. They felt his addition to the club might rejuvenate the older Rocket and keep him in the league a season or two more. He was invited to the 1959-60 Canadiens camp, but was cut and then joined the EPHL Hull - Ottawa entry for his first professional season. His time there was short lived, and after 23 games, Claude Richard sought to clear NHL waivers in order to regain his amateur status so that he could participate the Olympics and Allen Cup tournaments.

Richard joined the EHL Jersey Larks in 1960-61, weaering his brother's famous number 9 for 23 games, and the following season played back in the city with the Montreal Olympics, an amateur ETSHL team destined for the Allen Cup. The Olympics, backed by Martin Brodeur's father Denis in goal, made in all the way to the Allen Cup final, but did not win.

Claude Richard finished his final season of hockey with the Olympics, scoring 30 goals and adding 36 assists in 57 games.

What became of Claude Richard is not widely known, and that is unfortunate. It must have been quite a challenge playing in the shadows of two famous hockey brothers, knowing and being made constantly aware of shortcomings and comparisons to living legends.

When the NHL finally expanded to 12 teams in 1967, the youngest Richard brother would have turned 30 that season. Perhaps he would have fit right in with the St. Louis Blues?

Today, the one - time Vest Pocket Rocket is 71 years old.