"I'd Have Scored A Thousand Goals With The Canadiens" - Marcel Dionne

Share All sharing options for: "I'd Have Scored A Thousand Goals With The Canadiens" - Marcel Dionne 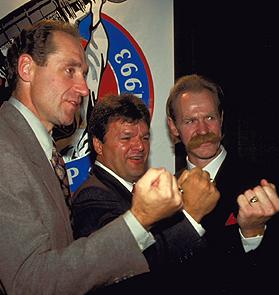 What follows is a translated piece from an article by Jean - Paul Sarault at RDS.com from this past December 1. Marcel Dionne had been invited to participate in the Canadiens centennial ceremonies on the fourth of the month., and Sarault took the opportunity to ask him about what he thought his hockey career may have involved had he played for the Canadiens. Dionne, it should be recalled, retired as the games third leading all time scorer in 1989, with 731 goals, 1040 assists, for a total of 1771 points.

What makes this interview so interesting, and that neither Dionne nor Sarault make mention of, is how close Dionne actually came to being a Montreal Canadien.

Back in June of 1971, after the Habs had wrangled the number one pick in that summer's draft away from the California Golden Seals, Canadiens GM Sam Pollock was all set to get his mits on Guy Lafleur, who was assumed to be the consensus choice of the Habs organization. Before the Canadiens had finally settled on Lafleur, there were several boosters for Dionne in the organiztion, though when they would be questioned later, never owned up. They decreed Lafleur to be a unanimous choice, which he was by all accounts come draft day.

When Pollock stepped up to the podium that day to announce the team's selection, it was always thought that he facetiously called for a time out - just for chuckles.

Last year, after Pollock passed away, those at his funeral who had been his allies in hockey traded tales. Many of Pollock's greal deals and manoeverings came up, explicitely his snagging of Lafleur. Scotty Bowman, who had just rejoined the Canadiens organization in that 1971 summer after four seasons with the St. Louis Blues, recounted that the Lafleur coup could have been even more pronounced. Apparently, Pollock had a sealed deal with Detroit general manager Ned Harkness for the Habs to acquire the second pick in the draft, thus selecting Dionne. Harkness was in the midst of destroying a solid hockey franchise in Detroit, and has long been regarded as one of the worst GM's in league history.

As Bowman tells it, Pollock had offered three roster players from the Canadiens Cup team of 1971, and Harkness agreed to the deal - one that would have allowed Montreal to draft both Lafleur and Dionne in succession. The players heading to Detroit were to be defensemen Terry Harper and J.C. Tremblay, as well as a third player Bowman could not recall - quite likely goalie Rogie Vachon. According to Bowman, Pollock gathered his hockey heads - Bowman, team vice president Floyd Curry, scouts Claude Ruel, Cliff Fletcher and Ron Caron - and asked "What do you think about us recreating the same thing we had with Beliveau and Geoffrion when they were young?"

When Pollock informed them of the deal he had on the table and asked for opinions, Bowman recalled that few of them said very much. A short discussion about giving up two quality defensemen was brought forth, but other than that, Bowman esteems that Pollock was left with the impression that his hockey men weren't all that enthusiastic about the deal.

Of course, it never went forth, but what was that pause before selecting Lafleur all about? Was Pollock perhaps having second thoughts? 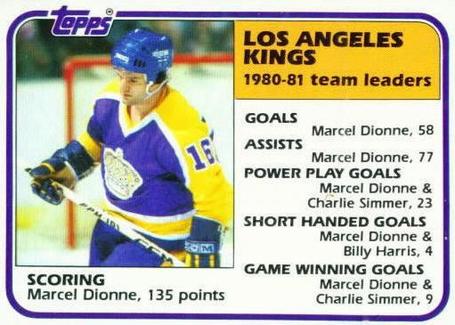 What if Marcel Dionne had played for the Canadiens?

And what if my aunt had balls? (Sarault's word: couilles!)

The diminutive Drummondville born player had a glorious NHL career of 18 years, highlighted by 1348 games, from 1971 to 1989. Dionne spent four seasons in Detroit, followed by 12 in Los Angeles, and a final two with the Rangers. Over his years he has won the Art Ross and Lady Byng trophies, and was selected to several All Star teams. Sadly for Dionne - no Stanley Cup. It's a story of never being at the right place at the right time.

He adored the Canadiens style

"It's difficult to say what would have happened, if I had played for the Canadiens", says Dionne. "I was drafted second overall behind Guy Lafleur in 1971. After four years in Detroit, I was traded to the Kings, spending 12 years there. Then I finished mt career in New York, playing for Michel Bergeron in my last year."

"In Montreal, I don't know what would have happened. There's a big difference between playing in Montreal and Los Angeles. Considering the strong teams, loaded with talent the Canadiens had, and that they had a style of play that I adored, with speed and quick puck movement, it's not exaggerating to say I'd have scored a 1000 instead of 731, of course, if they had room for me."

"I always had the satisfaction of a job well done, because by having played for a team as unstable as the Kings, I had to work even harder to have success. One thing's for certain - I showed up to play everynight. Those 1771 points didn't fal from the sky. That total wasn't luck. For sure I might have been fully appreciated in Quebec, and Canada even. Here, we know our hockey. The advantage of playing in Los Angeles was that the pressure was less, maybe even inexistant. I had peace of mind. My career was intimate and private. I liked it like that. There's no way I'd have gotten that in Montreal. Even though, it's very satisfying today that fans remember what I accomplished." 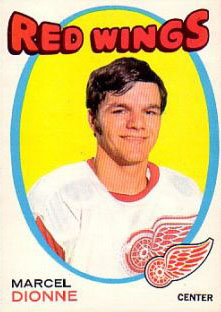 Speaking of today's game, Dionne who is 57, notices that times have sure changed.

"If certain games are boring, you can blame the coaches. They're under so much pressure from owners that they no longer play to win, they play to not lose. The trap, numerous associate coaches, monitors, scouts, it never ends. Coaxhes should just let players do their thing. It would be a lot less complicated."

Today, the player known as "Little Beaver" runs a plumbing company in Amherst, in New York State. He has also invested in real estate in Los Angeles and a sports m emorabilia shop on the American side of Niagara Falls, where he has lived with his wife Carol since 1994. As you can see, Dionne has done well for himself in business, and his family has no concerns for his financial well being. He's been known to have said that what is most imprtant for a player is how much money is left in the bank when his playing days are done.

"That's one thing that hasn't changed. I was always treated well, wherever I played. In Los Angeles, I became the first NHL player to be paid $300,000 annually, thanks to owner Jack Kent Cooke's generosity. I know that today, that sum is peanuts. I'm very appreciative of former players who came before and paved the way. Them, they surely played for but the love of the game".