Once Upon A Time, The Canadiens Made The Blues Legit

Share All sharing options for: Once Upon A Time, The Canadiens Made The Blues Legit 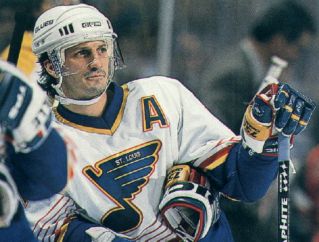 The Canadiens are in St. Louis tonight to play the Blues in a rare Sunday night game. Often when the Canadiens and Blues meet, I think back to all the players who have shared both jerseys over the years.

The Blues were once the Canadiens Annex, thanks in no small part to Scotty Bowman, who coached the team in their first three seasons starting in 1967.

When the NHL expanded by six teams that year, the Blues, on Bowman's advice, picked apart the Canadiens minor league teams and built a fairly solid roster very quickly. Bowman knew his stuff, and the Blues made three straight trips to the Stanley Cup final.

With a team loaded with former Habs, the Blues lost to the Canadiens in 1968 and 1969. The following year, St. Louis fell to the heavily favoured Bruins in four games. In fact, when Bobby Orr scored the Cup winner flying through the air, it was a former Hab - Noel Picard - who tripped him! 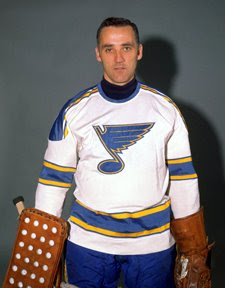 Early Blues history has the Canadiens written all over them. The Plager brothers, Barclay and Bill, who became legends in St. Louis, were once coached by Bowman in junior when they played for the Canadiens sponsored Peterborough (T.P.T.'s) Petes. Bowman lured some great names from the Canadiens past to play for the Blues during those years, including Jacques Plante, Doug Harvey, Ted Harris, Jean Guy Talbot, and Dickie Moore. 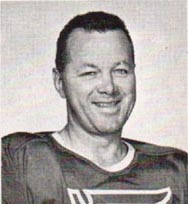 Since 1967, sixty-six players, including many former Canadiens, have worn both the bluenote and the CH. Here's an alphabetical listing.

Additionally, several Habs prospects, such as goalie Ted Ouimet, and prospect Andre " Moose" Dupont, also got their NHL careers rolling in St. Louis, after toilling in the Habs system for years. 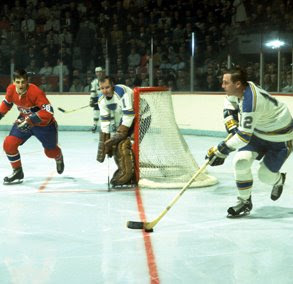 In 41 years of games between the Blues and Canadiens, the Habs have owned them big time. The teams have met 118 times, with the Canadiens holding a record of 70-25-22, with one overtime loss.

Here's hoping the dominations continues tonight. The Blues owe us!