How Gainey Could Fill Hamrlik's Doughnut (Or,Gainey's Search For The Next Craig Ludwig)

Share All sharing options for: How Gainey Could Fill Hamrlik's Doughnut (Or,Gainey's Search For The Next Craig Ludwig)

While the 2008-09 season is still young, and the Montreal Canadiens are doing as well as possible could be expected with a haul of 17 of 20 potential points, the ultimate goal for the campaign is to bag a 25th Stanley Cup in it's centennial season.

The expectations are high, and anything less than a Cup final participation will be seen by many as a disappointment of sorts.

It has been suggested on many fronts that the Canadiens shoot for moon in this season, and continue to seek to acquire players who will take them to the promised land.

With an 8-1-0-1 record, spotting where the club needs an ungrade at present, is trickier than what it appears on the surface. The team is winning consistently, with a couple of ugly gains thrown in, is scoring at a decent clip, is playing sounder 5 on 5 hockey than they have in years, and overall the team is allowing less goals per game than it has in recent memory.

So what's the problem exactly, and why are fans and media alike clammoring for upgrades? 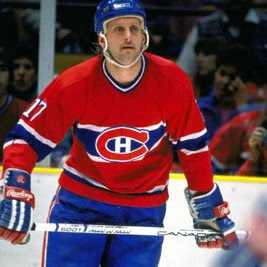 For starters, it has something inherant with being a Habs follower, that gets a playoff discussing off and running after the season's first game is in the books. It amplifies from there.

Soon, as other clubs have there woes, rumours begin as to who exactly on the available market could be of help to the Canadiens. Next thing you know, snazzy shooters the likes of Marian Gaborik and Ilya Kovalchuk are being speculated with much foundation.

Certain insightful fans of the team - and there's about a million of them with a concrete opinion - suggest that there is a hole that needs filling on defense.

Looking at the composition of the club so far this season, it is apparent that they have sufficient offence to see them through. With nine interchangable gunners up front, the club has the benefit of six "Joe the Plumbers" to fill out the fourth line duties on a given night. The depth at forward allows for some confident navigation through injuries, as we have witnessed so far.

In goal, Carey Price and Jaroslav Halak have been fairly consistent thus far, with each having had one off night that is of little concern.

On defense, Andrei Markov, an All Star, is paired with Mike Komisarek, an all purpose meanie who blocks shots and pounds with a wrecking ball's ramdom precision. A solid an experienced Roman Hamrlik hightlights the second pairing, often placed with either of veteran Patrice Brisebois or greenhorn Ryan O'Byrne. The third due is the solid is unspectacular Francis Bouillon and Josh Gorges, both efficient enough to see the club through. An emergency option lies in forward, and former defenseman Mathieu Dandenault, who could surely handle a few shifts when the penalty box holds three reargaurds or when injuries hit. 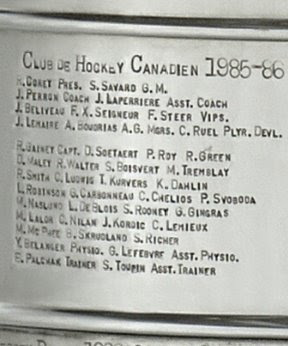 But that is all well and fine in the here and now. Canadiens fans meanwhile, are discussing the second, third and fourth rounds of the playoff, and they see a doughnut next to Hamrlik that begs for filling.

As time passes, it is becoming apparent that the play of Brisebois and O'Byrne will not suffice in that role. O'Byrne will be a good one - one day, but lacks the experience at present while enduring the rough road bumps that are what becoming a regular NHL defenseman is all about. Brisebois, on the other hand, has all kinds of experience (most of it wearily undemonstrated), but is too old in his game for it to be depended upon.

The outcry, if you will, has little to do with what is being asked of those players as it appears both are better suited in the roles of a fifth and sixth D-man. Breaking up the Bouillon and Gorges duo to fit one alongside Hamrlik, only brings the issue back to square.

It is clear that for the Canadiens to upgrade, this is where the need is most required.

The problem is, fourth defenseman are not in abundance, and teams looking to deal a potential suitor to the Habs will be greedy for quality returns.

I've no doubt that sooner or later, GM Gainey will start staring into the doughnut, and it will hypnotically gain in size. Something will need to be done.

After all, you only get one chance to win a Stanley Cup in a 100th season once! 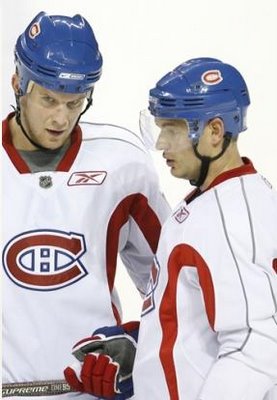 Gainey captained the unlikely 1986 Cup champs, a team taken a great length by Patrick Roy, some savvy vets, a fermenting crew of quality youngs, and some able role players. Gainey, as seen by his retirement ceremony last season, has a fondness for the Joe Plumbers workers of the lunchpail crew, and it is likely that he seeks out such a type to fill the apparent void.

The kind of player he may target, could easily resemble former defenseman Craig Ludwig, an unsung player on that 1986 squad.

Ludwig paired with a young Chris Chelios, while Larry Robinson tandemed with Rick Green. Further down, Gaston Gingras, absent from the regular season, ate up PP time and stole Petr Svoboda's (a gingerbread Brisebois if there ever was one!) role, with Mike Lalor added to mix.

The bulk of the work went to the Robinson, Green, Chelios, Ludwig quator, and the were all employed well above 20 minutes per game.

Ludwig was a low maintenance, stay at home, with an angry lumberjack's temperment. His disposition was personified by his stickwork, and he was all shoulders and elbows in his crunches. His first pass was a solid and consistant efficient clearing, and his game held no delussions or surprises. He was what O'Byrne may one day become. Unfortunately, the role Ludwig fillled, is now being taken up to some extent by Hamrlik, who is losing some of his true game by having to be wearly of his partner's failings.

In order to bring the best out of Hamrlik and reduce his workload, a Ludwig of sorts is sought. 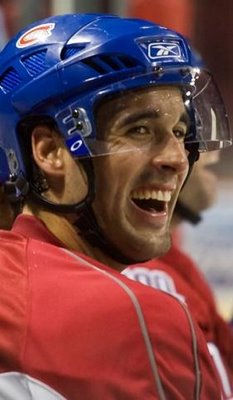 Now fans hoping for a splash in acquiring a defenseman, name players like Florida's Jay Bowmeester, or Nashville's Shea Weber as top line players on their want lists. Other names I have heard in pure speculation have included Jay McKee of St. Louis, Matt Schneider in Atlanta and the Leafs Tomas Kaberle - all doubtful for varying reasons..

Once caller into CKAC yesterday said Gainey should even make the Ducks an offer they can't refuse for Chris Pronger!

It's doubtful that Gainey is on speaking terms with Brian Burke from a two year old misconception, but maybe targeting Francois Beauchemin, a free agent next summer, is a sounder and more probable fit next to Hamrlik.

One interesting option could be Nicklas Havelid, a 35 year old vet with the Thrashers who would fit in nicely. He's inexpensive at 2.9 million and a UFA next season, and holds Atlanta's D together most nights. Ruslan Salei and Adam Foote of Colorado are salaries in the same ballpark with an added season that fit the mold.

Detroit's Brad Stuart is signed long term, but word is he is available, as he is standing ion the way of Niklas Kronwall's progression. Would the Wings deal with Montreal? Stuart could be the Habs perfect one year solution, and his contract could easily be turned over a season from now.

Sean O'Donnell of the L.A. Kings at 36 has an interesting resume. A member of the 2006 Ducks championship, and at 1.25 million in his final contract year, a Habs scout should check his foot speed to see if he fits in with fleet footed younger boys. O' Donnell would strictly be a depth addition, should the Canadiens see fit to work Gorges in alonside Hamrlik.

Would Minnesota part with 28 year Martin Skoula, an other skilled vet with Cup experience, and a cheap 1.9 M pricetag?

It doesn't look promising for a return of Mathias Ohlund to vancouver next season. The UFA could be a trade deadline darling that Gainey, with an alluring package could snatch earlier. 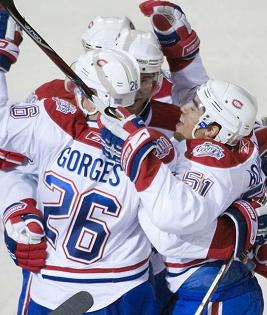 Ideally, what Gainey will look for is to acquire someone by the mid season mark. Working a defenseman in takes time. Thirty to fourty games before the playoffs is ideal. The salary would have to be mid range, and preferably expire at season's end without complicating next year's salary issues.

Some of the names mentioned above may or may not be attainable without a great sacrifice of prospects, picks and roster names. Some others might be had by simply swapping O' Byrne, and a third rounder. The Canadiens could also dangle former first rounder David Fischer, who has been slow to come around, but has shown some late bloomer upside of late.

What Gainey would offer in return is anyone's guess, but my take is that such a move would not test team chemistry. The prospects not going anywhere, anytime soon are Max Pacioretty, Yannick Weber, and Ryan McDonagh. Matt D' Agnostini's name will come up, as will goalie Jaroslav Halak's.

Beginning on Friday November 7, the Canadiens play their next 13 games in the following 23 days. It will be a rigourous test. It should also answer some questions regarding Hamrlik's doughnut.