Don't Bet Against The Habs!

Share All sharing options for: Don't Bet Against The Habs! 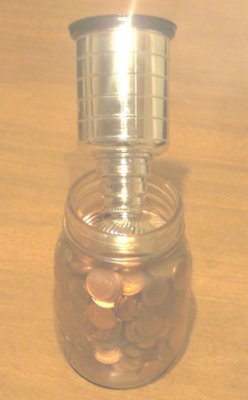 I guess I can't win for losing!

Over the last year and a half I've bet on Canadiens games four times and lost every time. Three times in the past two seasons, I've propped down a few bills hoping the Habs would come out on top, to no avail.

"Not the way Montreal's playing these days," I told him.

Now before anyone fires me off a traitor e-mail, understand that I was not going to sit in front of the TV cheering on the Red Wings for a measly fiver. I would be pulling for the Habs all the way as always. It was just that with recent performances, I doubted the Canadiens could topple the Cup champs, no matter what Wayne's expertise told him.

And since I can't win betting on them, why not try placing some bucks on the Cup champs?

Wayne is a cook at the Fifth Wheel Truck Stop: my daily coffee haunt since forever. He often kids me when the Habs are down, bragging about the Red Wings every chance he gets.

I thought this would be a great opportunity to make him swallow a bit of his bull. On top of that, the five I'd win would buy me a burger, and he'd have to cook it! I couldn't pass up the chance for such a good shit and giggle at his expense.

As it stands now, all I've won is the right to pay for a chance to nag him over the game.

I can say that he had no faith in his team. He can say the same to me.

I can't win for losing!