Share All sharing options for: Carbonneau Sets A Soft Tone 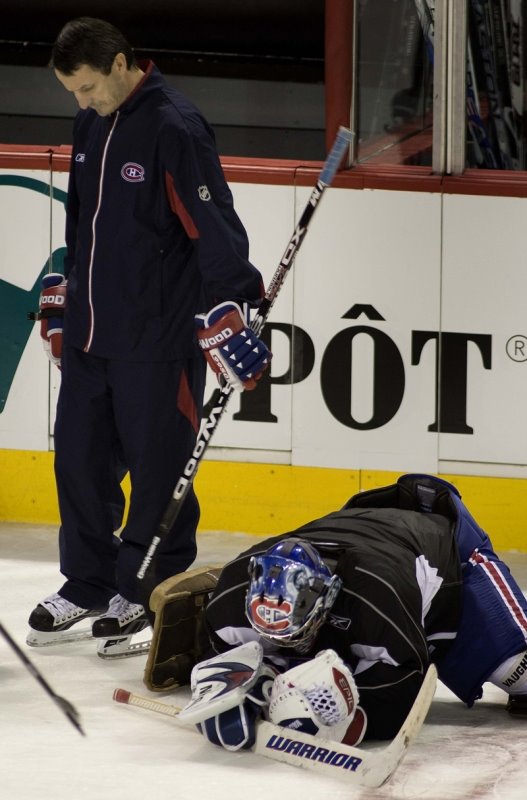 I don't get it! I don't understand why a coach who has just seen his club play its best game of the season two nights earlier frigs with the mentality of his team's fragile psyche by starting his backup goalie in what could have been considered a "gimme game''.

It was repeated over and again and nauseum that the Washington Capitals were missing four starting blueliners and three forwards from their regular roster.

It was a perfect opportunity for coach Carbonneau to infer that you should never take an opponent lightly, start Carey Price as usual, and go for the kill. Keep the flow of momentum building from a strong team win.

But no...what does he do, he lowers the entire guard of the team by playing Jaroslav Halak instead, thus informing the boys that this is in fact a night off. An easy one. Two points bagged at the puck drop.

If one chooses not to believe that players actually think this way, the proof was in the pudding served up tonight. Just look at the results speaking for themselves. In preparing for a game, knowing that the backup is playing, the easy game mindset creeps in slowly but surely. It is especially stupid for a coach to announce which goalie will play two or three games before.

In my thinking, if a coach wants all concerned to be on the attentive, it would be a good policy to simply not announce the starting goalie at all. Keep the players on their tip toes and make the decision just prior to the pre game warmup.

All of this has little to do with what goalie Halak is capable of. He's a decent puck stopper, nothing more and nothing less. But if one chooses to believe Halak is the future tender of the franchise, you are sadly mistaken and misinformed.

Price is the guy. The undisputed number one who should only ever sit when the Habs play non playoff bound teams outside their division. A smart coach lets the standings dictate when a goalie plays and not the schedule. Price should play all games against Northeast division rivals, and all playoff bound teams in the conference. Halak starts against the Atlanta's, Islanders, Panthers and Lightning and their ilk. 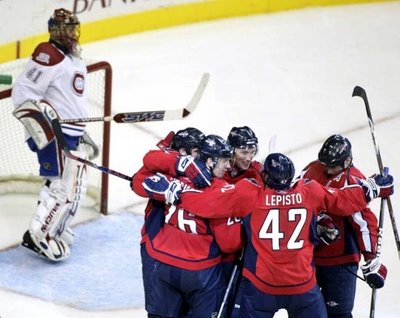 Come playoff time, Price might face him in up to seven games, so it is crucial that he gets to oppose Ovechkin as often as possible. The Canadiens gain nothing in having Halak face the NHL's best sniper.

That's no brainer number one.

Goalies, it is often said, get on a roll after a strong performance. When they are hot - and Price has been in a zone - they should be played in between 7 and 9 games running. Sit Price when it shows he's tiring not before it.

Call that no brainer number two.

Carbonneau often rolls the double spins of the two games in two nights, and the backup has to play to remain fresh schpiel, but it's a crock of shit as far as I am concerned. Goalies - especially hot ones - can handle two games in two nights. If they cannot, goalie management won't camouflage the issue, no matter how creative the spin.

Now imagine the players on the Capitals knowing two days in advance that there are facing Halak instead of Price. What runs through their heads is akin to, "So this is what Montreal thinks of us, eh? We'll show them!" How would you react once you've felt you've been underestimated?

That's the fourth no brainer. 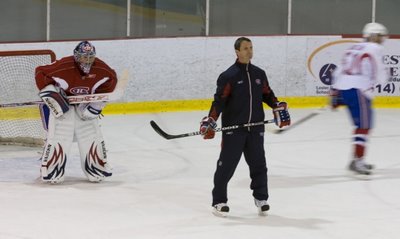 Again, all this is only about the perception behind the reasoning of starting Halak, and not a knock against him. Had the entire Habs team shown up to play, he would have won the game.

As is often the case with Carbonneau and his coaching decisions, I am usually able to resolve myself by seeing some fairness in a counter argument, but this time, I got nothing. Because I have seen this happen time and again before, his decision to go with Halak bugged me since the moment it was announced. maybe you saw this mess of a concerted effort by the Canadiens coming as well.

What irritates me to an even larger ass rash, is that the coach as team psychologist, ought to have his pulse finely tuned to the temperment of the team. He's got to know how they'll react to things before they have that chance to react. Coaches get out of tune by sweeping such concerns under the carpet after a while. If a coach does it often enough, the team starts trusting the actions he speaks more than his warning words.

The message Carbonneau ought to have sent out should have been, "Price is playing. The Capitals are a strong club and we will need our best to be at their best to win this one."

What he did in essence, is the exact opposite.

The Canadiens have just passed the quarter mark of their 2008-09 season. So far the club has coasted to an acceptable record based on the skill on the team. Admittedly, they've pulled a few irons from the fire to get the record they own, but there are two prime issues that have dogged them since game one.

For starters, the players are not gelling as they have in the past. With the Detroit win, they finally displayed some cohesive team unity. Secondly, there seems to almost be an underlying theme of overconfidence when it comes to facing rivals that ought to be easy meat. The Canadiens approach these games like they are already won. It's a big mistake that even the best teams in the league are sometimes prone to.

As I pound this out on the keys, Carbonneau is likely claiming to a random microphone that he can't fathom why his club failed to show for the game. He might malign a certain lack of leadership from some factions.

My question begging an answer is, "aren't the coaches the most important of leaders?"

Carbonneau got exactly the game he ordered tonight.

Photos courtesy of the Montreal Gazette / Habs Inside Out