Canadiens Get On Track With 60-Minute Effort

Share All sharing options for: Canadiens Get On Track With 60-Minute Effort 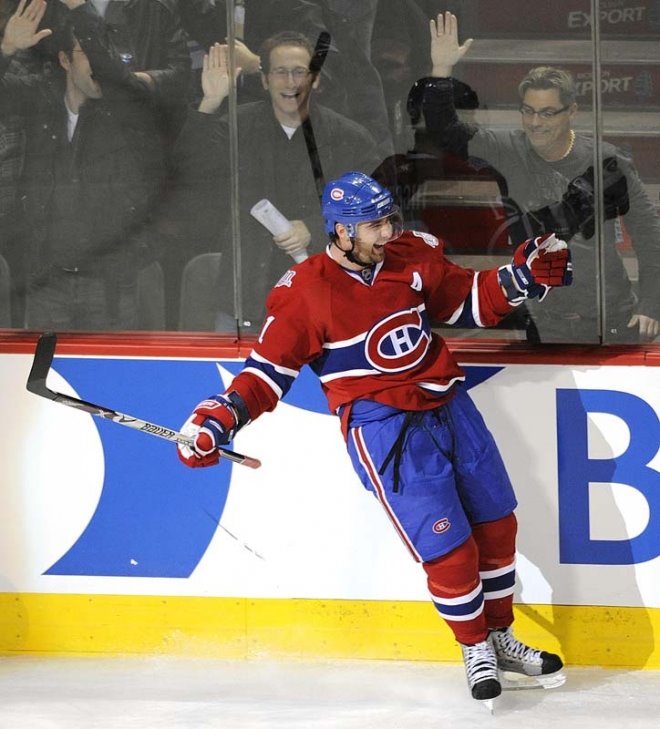 Last night's 4-0 whitewash of the Ottawa Senators was just what the doctor ordered!

There were several key plays, great performances, and turning points in the game, but stood out most was that the game was a unified effort in which every Hab showed up to play.

None of us could ever know, but it is possible this game might have been won starting with a team meeting called on Monday prior to practice.

It was no secret that despite getting off to a 8-2-2 start that the Canadiens were playing some sloppy brand of hockey. It all caught up to them the past weekend. The meeting called by the coaching staff surely caught the club off guard, and for the moment it seems as though it has served to bring all on board back down to the ground.

What the players offered last night was a true measure of the character of the team - it was a character win.

The Canadiens grabbed the lead, held it, kept the Senators scoring chances to a minimum, and capitalized on the mistakes they forced. They had many great scoring chances, but took less risks offensively, and never allowed Ottawa into the game. 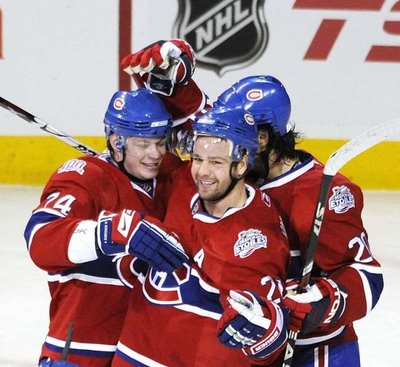 Carey Price, in registering his first shutout of the season, was not overworked. It is a testament to the team effort that all he needed to be in this one was solid and not neccessarily spectacular.

It was also heartwarming to see a couple of players who had been squeezing their sticks tightly of late hit the scoresheet. It was a breakout effort for Chris Higgins, who always seems to create more chances than he can capitalize on. The most curious part of his night, were that all three goals were untypical of his play. He seemed invisible to Senators all evening, coming out of nowhere to net a hat trick, unsuspectingly.

As good as Higgins performed, he might not have been the best Canadiens player on the ice.

Saku Koivu and Tomas Plekanec had a few good scoring chances during the game, but their best work came in shutting down Jason Spezza, who wasn't a threat by any means in this game. Of course, Spezza often makes it easy on other centres by being easily outworked on all 200 feet of ice. 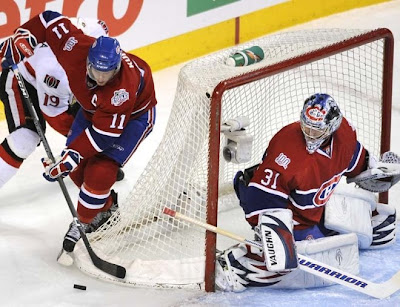 The Senators Dany Heatly should see Mike Komisarek in his nightmares for a spell. The Canadiens big defenseman was on his case every time he entered the Canadiens zone. Komisarek seemed on a mission to make Heatly come unglued.

The steadying influence of Roman Hamrlik is unfortunately more evident when he is missed. Not as obvious tonight was the fact that the Canadiens defenseman played their game, and gave the Ottawa forwards practically no clear paths to the net. In consequence to Hamrlik's return, Ryan O`Byrne might have had his best game of the season so far. His did make one near fatal boob, when he pinched, allowing a Heatley breakaway, but his blunders were kept to a minimum and his patience and poise were returned to his game. 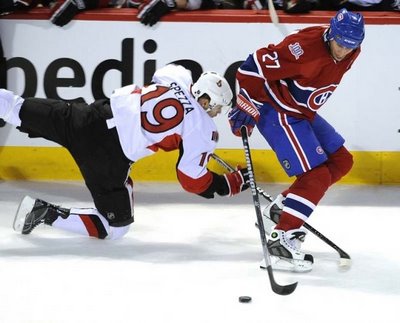 Another point of note, is that the Plekanec and Kovalev penalty killing duo is gaining some grit. The had the Senators power play unit - their most devastating asset - off balance all game.

Kovalev's performances are often measured on the scoresheet, but he put in a great effort on a night when his offensive contributions weren't as badly needed. He had all kinds of puck possession time that translated into chances in this game. He did everything but capitalize.

The effort by the entire team was a timely one. It helps in part remove some of the doubt that may have seeped in from a string of horrid showings of late. With a trip to Boston up next, they might need to be even better on Thursday.

Photos courtesy of Habs Inside Out / The Montreal Gazette / Peter McCabe