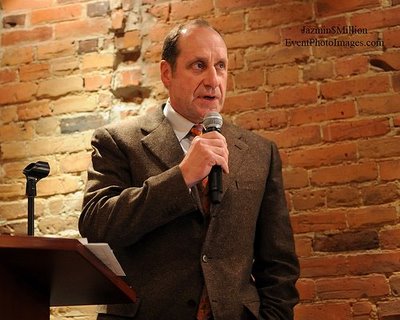 The Canadiens 2-1 loss to the Flyers on Saturday had some small silver linings, but a loss is still a loss. The good news, if there is anything possitive to take from this game, was that the Canadiens were not blown out of the water like they had been against the Bruins and Maple Leafs this past week.

Still the Canadiens are slumping, having lost four of five, and calls are beginning for something to be done about it.

For General Manager Bob Gainey, the Habs play of late must surely disappointing. Trust that he won't be calling a press conference to discuss it. Gainey, who has an almost legendary patience, won't make a rash move in assessing this team's chances.

The Canadiens have four games in seven nights this coming week, after which they will be one game shy of the 20 game mark. How they perform during that stretch could be crucial. If Gainey were to make any kind of impact move, it will be here that he begins to seriously ponder such a thing if the team has not shaken it's doldrums and found some level of consistency.

There seems to be a rising number of issues with this season's team. It's character is often questionable. Discipline haunts them at the worst possible moments. Identity might also be an issue. This team wants to be a slick offensive machine, but grinding gears are needed to motor the wheels.

It could also be that the rest of the league has caught up with them in some regards. The club is still a young group, and opponants adjust to them after a certain time, and learn how to play them with familiarity.

These are the assessments that Gainey and his coaches will have to make after the next stretch of games. Time is of the essence in bringing about these decisions, for if Gainey is going to make a statement move, the value of the moved assets will need to be assured. On the flip side of the coin, the assets might also be declining in worth. Tough calls could be made. 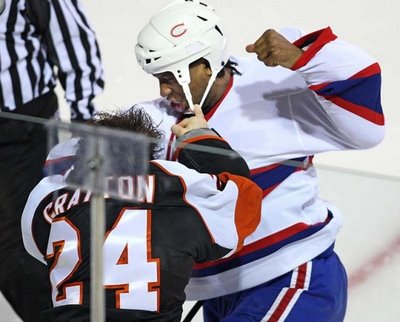 Watching the Flyers game on RDS, on more than one occasion commentator Benoit Brunet alluded to the notion that the Canadiens were in fact working hard on the ice, but it was in fact the mechanisms of their work which were causing their problems. Such is typival of a team in search of itself.

The trouble with an extended slump such as this, is that fingers start being pointed amongst team mates, and names start being dropped in order to assess blame. Nothing good ever arises from such behavior. Add that to Gainey's plate!

The coming week will be an interesting one for patient Bob! 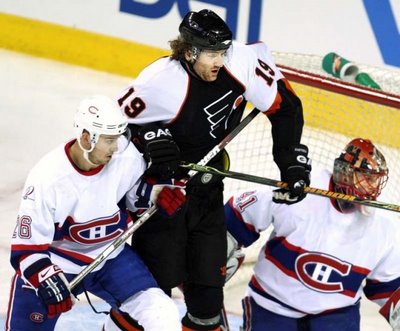 A little tie - in side track here, that only has to do with the Canadiens in a peripheral sense.

This is all about expectation, dedication, vision, worry, and foundation. As a Habs fan, you can take it as a call for patience and / or perspective, when wishing on dreams. When something is being built, it takes time to see it through.

The video clip below is from my favorite Jersey devil, and I found that it made for one inspiring song, in light of a whole bunch of things, the Habs included.

The song is called "Workin' On A Dream", and this You Tube clip became glued to my cranium after just two listens. In this video from two weeks ago, a dedication went out to Senator Barrack Obama. I want to send it out to Anna Gainey and T.C. Denault. They both know why. The lyrics to the song are below the clip.

Workin' On A Dream

Not everyone is a fan of Bruce Springtseen and the method he uses to attach politics to daily life. I for one, find him to be one of the few songwriters in the rock and roll sphere with enough popularity and balls, daring enough to make that connection. Neil Young is another brave soul, who cares more about society than dollar signs to speak his mind.

Either way, and irregardless of what was mentioned above, if you are a Boss fan, tonight on NFL halftime, a clip of the E Street Band performance of this tune set to football highlights is set to air. The song will be included on the next Bruce Springsteen disc coming in January.