"Patrick Roy: Winning, Nothing Else" Reviewed

Share All sharing options for: "Patrick Roy: Winning, Nothing Else" Reviewed 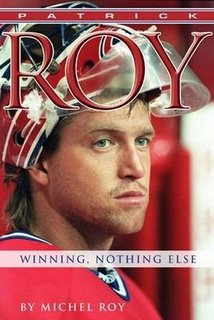 One of the most anticipated hockey books of the 2008 season, "Patrick Roy: Winning, Nothing Else" is now on the shelf at your favorite book store.

Those footsteps you hear, are mine....running out to grab it!

The book is the english version of the title "Le Guerrier", written by the goalie's father Michel, and released last winter. The translation is by Charles Phillips.

Joe Pelletier of "Hockey's Greatest Legends" has reviewed an advance copy and his thoughts on it are very intriguing. He's also giving away two copies in a soon to be announced contest. Joe says:

"Interestingly, this book is an initially reluctantly authorized biography. Roy himself says he never saw the need for the book in the first place, turning down several writer requests. But his father insisted it was a good idea. Once Michel Roy began working on the text, Patrick found himself increasingly more welcoming of the project. Yet French media reports from 2007 suggest Patrick only cooperated for the project, and never oversaw any of it. This book is truly a father's story about his very famous son." 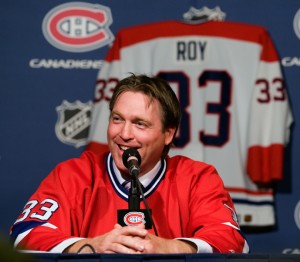 Roy's father Michel said upon the release of the francophone version in 2007, "I wanted to present Patrick as he is. I think that the image that people often have of Patrick is not the real picture of Patrick. He's not like that."

For myself, I have reservations that a biography on Roy written by his own father is bound to hold back something more than just simple judgement. On the other hand, it can also offer insights into the goalie's youth that no other perspective could offer.

Unfortunately, Joe's review doesn't get into the nitty gritty of one fateful December night in 1995. You'll have to wait for me to spoil that one!
You can read the remainder of Joe's review at his "Hockey Book Reviews" site. 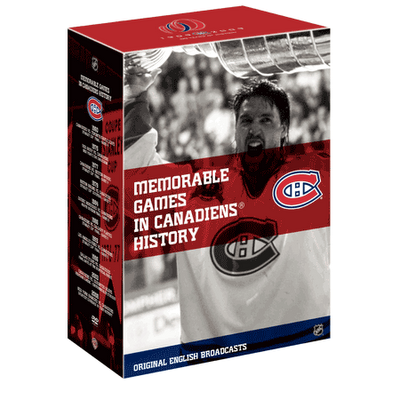 Of course there will be fans that won't even give the book a look, still peeved at the perceived breach of loyalty that ended Roy's days in a Habs uni. That infamous night still ranks as the dividing line between Roy loyalists and his critics, and as Dennis Kane points out, it is very much a generational line of thought.

"The younger generation supports Roy completely through all of this...they believe Roy almost single handedly won both Stanley Cups for the team in 1986 and 1993. They believe his numbers outweigh everything else. They get very upset and angry."

Player loyalty is an interesting concept in this day and age. My take is that it is either completely inexistant in ceratin cases, or a respectful two way street in others.

There's no debating that the south end of the Forum on December 2, 1995 loyalty was at a cul-de-sac!

After I've gone through the 500 pages, I'll post my thoughts on it here as well.