Kostitsyn Hit Anything But Legal

Share All sharing options for: Kostitsyn Hit Anything But Legal 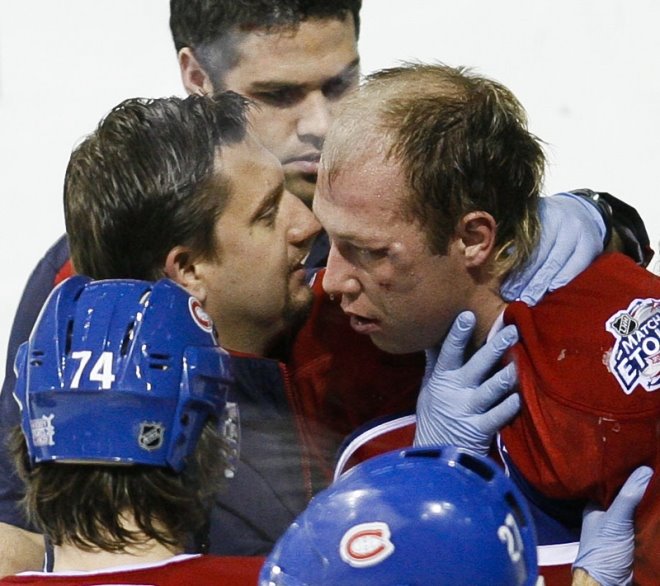 There is no news yet as to the condition of Canadiens forward Andrei Kostitsyn after being knocked unconscious by Phoenix Coyotes defenseman Kurt Sauer during Saturday's 4-1 Habs win.

News should be forthcoming in a day or so, after tests are done to establish the severity of the injury. As with any blow to the head, it is expected that matters will proceed cautiously.

Two things are angering me about the hit, and the lesser concern is that no penalty was called on the play. Considering the stagnant state of NHL officiating, it's almost not a surprise.

What bothers me most is that many are terming the check as a clean hit. I don't see it that way.

A clean hit is a body check, plain and simple. It is hip to hip, or shoulder to shoulder, but generally body against body. Clean checks never include targeting a player's head in any manner.

In this instance, Sauer raised both gloves together, one holding his stick, and thrusted into Kostitsyn's chest, above the logo. Sauer was practically immobile as Kostitsyn skated in on him, and the hit had the effect of a clothesline.

Watching the clip of the play included herein, one can see Kostitsyn leave his feet upon impact. His head then hits the glass before a second impacting blow, when he dropped to the ice. The injury, as yet not known, likely has been caused by the impact against the glass or the ice.

Some angles of the play pan straight down the right side boards, and show that Kostitsyn had perhaps six feet of room on the outside of Sauer to skate by. The defenseman instinctively knew where Kostitsyn would go, and chose the unsafest option to slow him down or stop him. 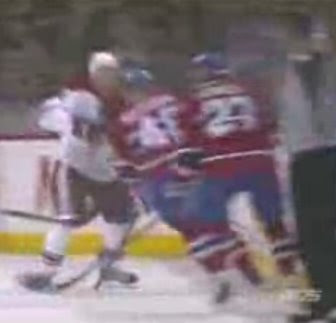 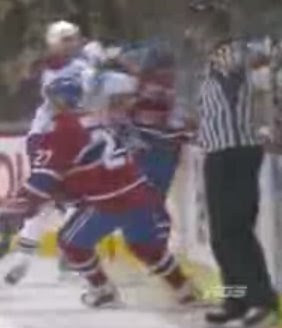 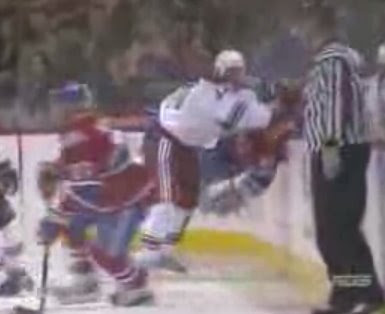 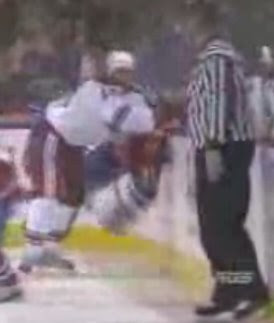 Defenders of the unclean check will state that it appears that Kostitsyn had his head down at time. That defense always makes me shudder.

Of course, it is good hockey sense and skill to skate heads up. In the instances in which a player bares down in stride and lowers his gaze to slip by an opponant, liberties are often taking to ring a player's clock.

However, the head down angle is still no excuse. Players simply should not target the one area of the body a rival will most need beyond his playing days. I find it inexcusable when players target the head area of a rival. There's never a good reason for it, especially when a body on body slam is a readily available option.

Kurt Sauer is not a dirty player, and it is reasonable to believe he simply acted instinctively to stop a slippery player. It happens all the time, but that doesn't make it right either.

In raising his forearms and fisted gloves into a round thrusting ball aimed at Kostitsyns upper torso area, Sauer committed a foul that ought to have been penalized. There wasn't a whole lot that was legal about the hit, other than Kostitsyn having puck possession.

Sauer's raised elbows also followed through on the impact. It's difficult to state for certain whether they were part of the blow to the head, but one can see Sauer's elbows leaning against the glass after Kostitsyn was bounced and is crumbling to the ice.

Because such moves commonly go uncalled in the speed and action of the game, it gives the impression that it is a tolerable play.

It might be, but it shouldn't be. When the head is involved, it is clearly a dangerous and disrespectful play. One that the rules of the game should be helping to deter.

From it all, I get the feeling that Kostitsyn will be okay after all proper precautions are taken. He most surely will be diagnosed with some grade of concussion. The fact that he rose to his feet himself, and resisted the use of a stretcher speaks of the trainers on the spot understanding that he was a good deal cognicent, if still somewhat dazed. 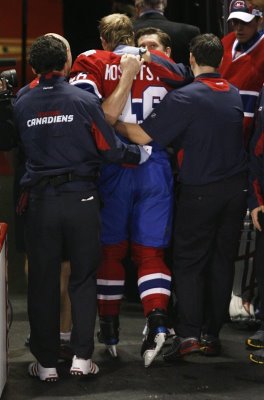 What is second in importance after his health will be his on ice recovery. Often an injury of the sort renders a player timid for a spell, and sometimes permanantly.

My take is that the elder Kostitsyn is one tough bugger, in an old time hockey kind of way. He won't allow such a thing to hinder him, just as he did not allow his epilepsy to hamper his career goals.

Photos courtesy of Habs Inside Out / Montreal Gazette