Share All sharing options for: Habs And NHL Predictions for 2008-09 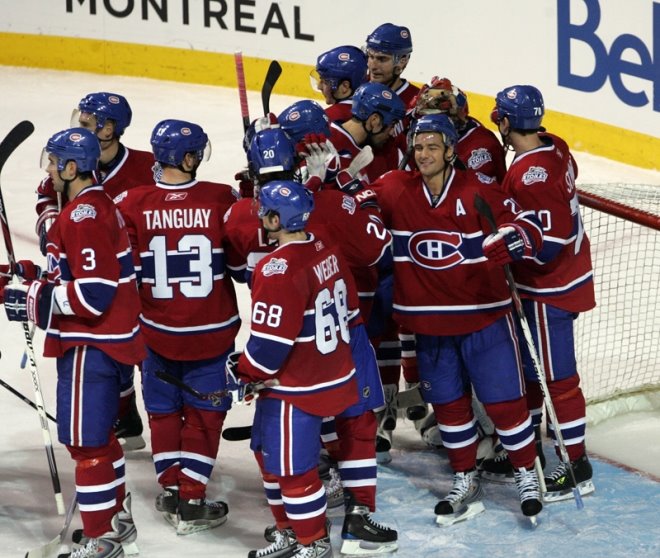 When it comes to making predictions about upcoming seasons, I don't put a whole lot of stock in them. It's a crap shoot of guesses more often than not, and anyone making them will be both right and wrong. Suffice to say that what I've posted below are not ideas that I am glued to.

I got lucky last season on the Canadiens front. I suggested that if the Habs avoided unforeseen situations such as another flu virus or a distacted GM, that they were worthy enough to snoop up on a tired Senators squad, who had gone deep into the playoffs in 2007. I had a sense that the Canadiens, who were quite surprising until December 2006 of the previous campaign, were ready for better things.

I also smelled a stench out of Ottawa that all was a little too cocky on the Senators front. Of course, Ottawa jumped out to a 15-1 record, but soon came crashing down. The two teams were headed for opposite destinies by Christmas time.

This season, I have no such hunches as defined as those, and I truly only pay passing attention to what other clubs are doing on the surface.

First up here, are what I see as Conference standing, as much based on last seasons tendencies, as well as off season moves this summer. Final standings will always be tight - one point separating - scenarios. There is lots of room to be wrong here, but what the heck. In a nutty system where 24 of 30 teams can post a .500 or better record like last season, the difference between 4th and 10th place is often nothing more than a pair of losses

Each team is ranked, with a word that sums up my perception of the club. Below these are the good stuff....my prognostications on the Habs players stats. Have fun, laugh, roll your eyes!

1 - Montreal: Superior depth, youth, offense, coaching. Balance and poised to build on experience.
2 - Pittsburgh: Crosby, Malkin continue to lead. Key offseason losses offset gains of young stars.
3 - Carolina: More mobility, transition from defense brings out the best in a strong group of forwards.
4 - Philadelphia: Excellent center depth and strong team identity helps Flyers challenge at top spot.
5 - Boston: The return of Bergeron and addition of Ryder gives club more offensive possibilities.
6 - Washington: Ovechkin will do it all again, but goaltending is a question mark on young team.
7 - Rangers: A solid core of veterans ingrained into a tight defensive system.
8 - New Jersey: Unspectacular as always, but efficient as usual with Brodeur as backbone.
------
9 - Ottawa: Beyond a strong top line, Sens are no improvement over last season's misguided crew.
10 - Florida: Coming along slowly, but has little offensive clout
11 - Buffalo: Lineup has promise, but Ruff's coaching cannot hide thin backline
12 - Tampa Bay: Top offensive guns will not disguise AHL level defensemen
13 - Toronto: Directionless and dumbfounded.
14 - Atlanta: Nothing but Kovalchuk and a goalie who's name describes what he'll be doing a lot of.
15 - Islanders: No offense, no defense, and not a single hockey brain in the organization. 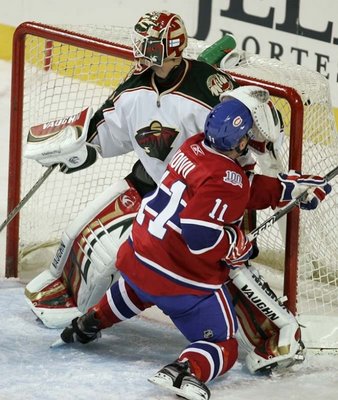 1 - Detroit: Can adding Hossa actually improve a perfect team?
2 - Dallas: Great depth at center and a strong two identity means Stars can challenge Wings.
3 - Calgary: Most solid club in the Northwest with great leadership from Iginla.
4 - San Jose: Strong club despite panic moves, Thornton needs to show playoff balls.
5 - Ahaheim: Experienced veterans and young cornerstones add up to a perenial contender.
6 - Minnesota: Thinned out but still wisely coached despite player grumblings.
7 - Edmonton: An abundance of talented youth finally puts Oilers over the bubble
8 - Chicago: Organizations is finally moving in a cohesive directions.
------
9 - Phoenix: Lots of young promise, Coyote's closer than ever to playoffs.
10 - Colorado: Goaltending and defense a big sore spot.
11 - Nashville: As systematic as Devils, but running out of miracles.
12 - Vancouver: Mike Gillis is the new Mike Milbury, and Canucks are poised to take a dive.
13 - St. Louis: Great young players not yet mature enough to make a difference.
14 - Columbus: Continuosly in a one step up, two steps back mode.
15 - Los Angeles: Aiming to be a joke. 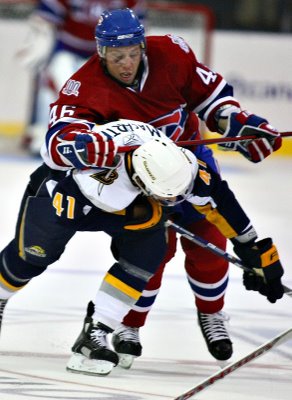 This is basically just what I see happening, on a whim, and based on where I see players heading in regards to what last season was. 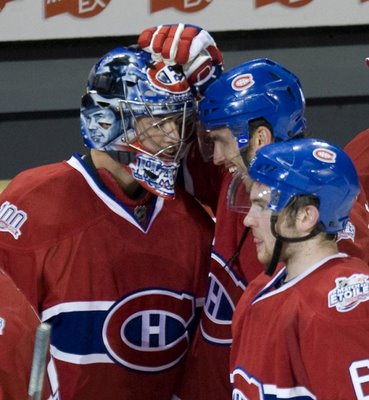 To sum up and explain in some part, where I'm going with what you see above. Nothing too scientific here, except for a bunch of gut feeling and hunches.

The Canadiens will not own the Bruins and Flyers as they did in last year's regular season. Contest against Philly will be split down the middle, and the Bruins are confident enough to take a pair from the Habs this time around.

Montreal will chew up and spit out the remnants of the Leafs, Sabres, Islanders, Thrashers, and yes...the Senators!

Teams giving Montreal the roughest ride will be the Huricanes and Capitals.

The top line will continue to be the trio of Kovalev - Plekanec - A. Kostitsyn, with the elder brother poised to have breakout season in terms of goals. I base this mainly on confidence and familiarity factors. Plekanec will play head to head against the league's better pivots, which make his gains appear more subtle. Kovalev will shine again, although he will have certain difficulties against clubs that play him tight.

Alex Tanguay will help keep his linemates producing, and Higgins will benefit the most by becoming a more regular contributor tot he score sheet. Koivu will be found closer to the net more often, and will spend less time battling in corners.

Andrei Markov will post his usual numbers due to powerplay time, where his partners on the blueline will be Tanguay and Sergei.

The contributions of the third line of Latendresse - Lang - Sergei will be modest but steady. They will have their ups and downs when Carbonneau tries to match them against other teams top lines.

Higgins and Sergei will be shifted on lines 2 and 3 from time to time.

Injuries will neccessitate the callups of Weber and Pacioretty, perhaps leading to the trades of Kostopoulos and Dandenault.

The injury bug afflicts Koivu, Begin, Latendresse, and Sergei the most, which explains why I feel that both Lapierre and Chipchura will stick with the club as regulars for the majority of the season. Lapierre gets shifted to wing in this scenario.

Players given a rough ride this season by fans and media will be Brisebois - who plays only sporadically, O' Byrne - whose learning curve will produce the odd brutal game, and Sergei - who becomes Carbo's doghouse pet at times for his risky play and cockiness.

Pacioretty could see action in 30 to 40 games due to injuries, splitting his time between a fourth line role and playing alonside Tanguay when the latter is moved to center due to injuries to players at that position.

As for Dandenault and Kostopoulos moving on, again it is pure gut hunches and foreshadowing. Dandenault will play sparingly at best, as it becomes clear that the club has outgrown what he has to offer. The neccessity of dressing Weber for his powerplay contributions makes Dandy expendable and frustrated. Gainey will quietly find him a place to play, and he is likely moved via the cheaper recall waiver method.

At forward, someone will need to be let go, and I sense it could the popular Kostopoulos - a player whose traits are appreciated by everyone. Feelers inform Gainey that neither Kostopoulos or Begin will pass through waivers, and the GM opts for the player who returns the highest draft pick - the younger Kostopoulos.

Things will also be interesting in goal, where solid performances by backup Halak help keep Price focused and working on his weaknesses and soft spots. Price will have his rough games, and have a spell of soft goals to keep Roland Melanson busy. He will be solid overall though, as the Canadiens offense keep his lesser games in the W column while he works out the kinks.

And for those of you counting, the totals above give the Habs 309 goals scored for the season.

Photographs of current Canadiens players courtesy of the Montreal Gazette and Habs Inside Out (Allen McInnis).