Share All sharing options for: Gaborik Rumours Proof That Habs Fans Have Gone Loopy For a Cup 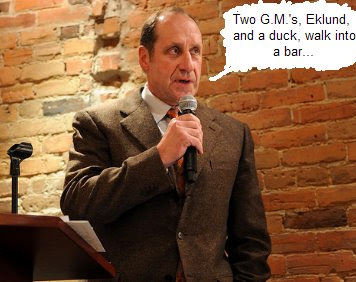 You see, Gainey just isn't into the type of player and person Gaborik has represented himself to be so far in his 8 year NHL career.

Now, first off, I must unequivocally state that I like Gaborik as a player package. Tools aplenty he's got - no need to list them.

The toolbox unfortunately, is a whole other matter.

On that matter, I want Gaborik the individual, about as badly as I want Bob to resign Patrice Brisebois to a long term contract extension.

In eight NHL seasons, Gaborik has topped the 70 point plateau just once, with 83 last season.

In reports or rumours, he has so far refused either a $10 million dollar deal over eight years, or an $8 million buck contract spread across ten seasons. He isn't worth either.

I read such things and think, "Gainey likes this guy because....

Strictly based on past production, future projection, and injury history, a reasonable offer sounds something like no more than 6 million per across three seasons.

The injury prone Gaborik has helped the Minnesota Wild to one successful playoff season. He plays for a team run by a trio of former Habs bleeders and sweaters with names such as Lemaire, Risebrough, and Tremblay.

If those former Canadien warriors cannot convince Gaborik of the merits of playing a complete game of hockey on a rink that extends 200 feet, it is doubtful that former Selke winners Gainey, Carbonneau and Jarvis are interested in failing where others have jogged in similar quicksand.

Want another angle of logic on this?

Somewhere out there, lies a team more desperate for Gaborik's services than the Canadiens well oiled machine. Let them part with more to get him. Perhaps the best prospect in the Canadiens pipeline is college defenseman Ryan McDonough, and any club talking trade with the Habs would demand him in the package. Gainey is not about to let go of McDonagh any time soon. He has top pairing potential and should one day be the Canadiens best defenseman.

For Gainey, with as many as 10 players to sign for next season, it is unthinkable that he would wish to add such a hefty contract in light of the raises due next season. That would really mess with his deck of cards.

The Wild won't part with Gaborik before the final seconds of the trade deadline. They will maximize their asset until then, if they are wise.

By that time, Gainey won't screw with the Habs chemistry.