The Crown Jewel Of Canadiens Collectibles

Share All sharing options for: The Crown Jewel Of Canadiens Collectibles 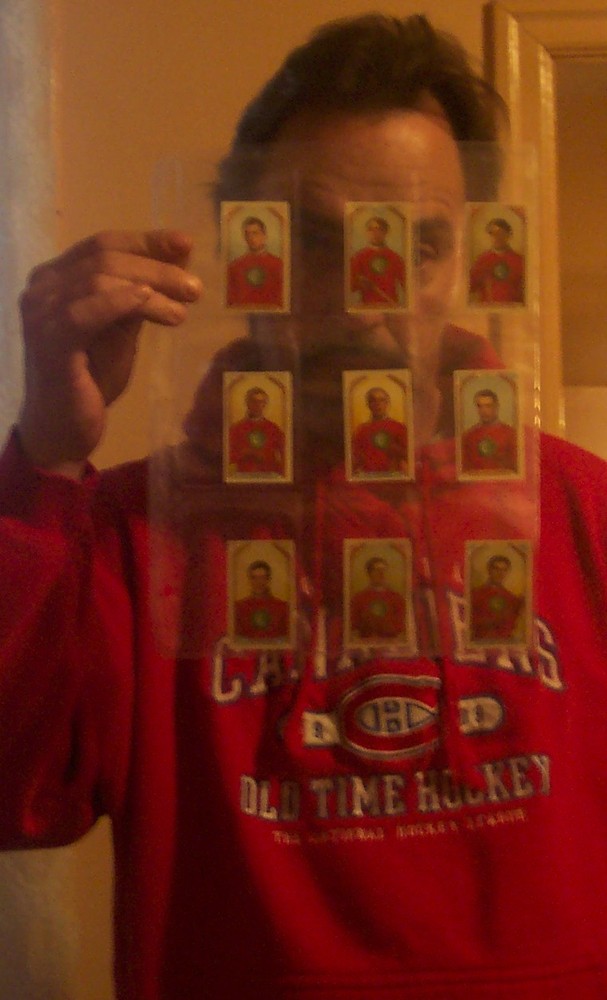 What you see here are nine Montreal Canadiens cards from 1911-12. In mint condition, judging by recent sales and auctions, the set might be worth a million!

Only the second ever set of hockey cards issued, the C55 1911-12 Imperial Tobacco series of 45 cards is a most sought after set.

The set contains many rookie cards and features 22 future Hall Of Famers, including four from the Montreal Canadiens. 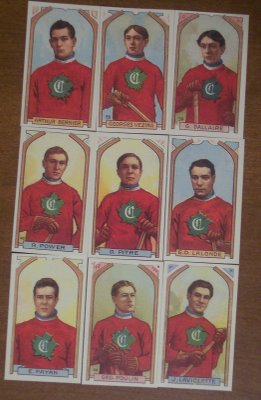 The cards each feature colour drawing of photos taken from the day, and have brief player information on the reverse. The cards measure 1 1/2" by 2 1/2", and are an extremly rare find, especially in mint shape. 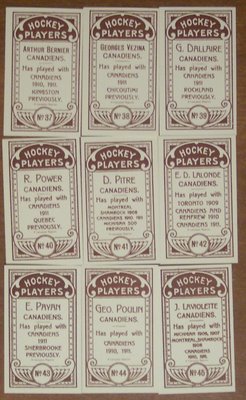 Players in the 1911-12 set were members of the NHA's Quebec Bulldogs, Ottawa Senators, Montreal Wanderers, Renfrew Millionaires and Canadiens. The series, considered the Holy Grail of hockey card sets, is highly prized by collectors. Though it is the easiest of the three early Imperial sets to find, it is the most difficult to complete due to it's size.

The highest priced card is #38 Georges Vezina which often sells at $1,650.00. The cards of Edouard "Newsy" Lalonde and Art Ross go for $800.00. Common cards, or non Hall Of Famers in the series, are rated at $100.00 each. The pricing are general for cards in the good to very good condition. 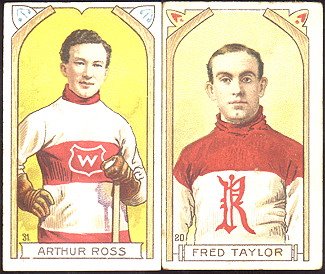 I'm not sure when it began, but professional grading of cards has helped send issues in perfect condition into stratospheric sales prices. The grading includes ratings on the colour and tinge of the card, the quality and smoothness of the surface, the sharpness of it's four corners, and the squared alignment of it's borders.

Cards are then graded from 1 to 10, docked a point for each imperfection. I am told that a card with more than four imperfections does not receive a certifiable professional grading. It would then be considered to be in very good condition and perhaps quality due to it's rarety for the prices listed above. 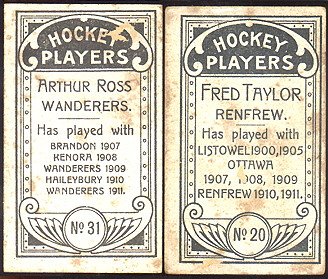 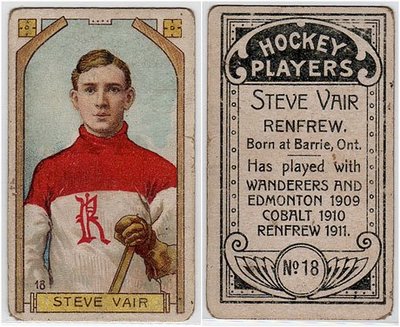 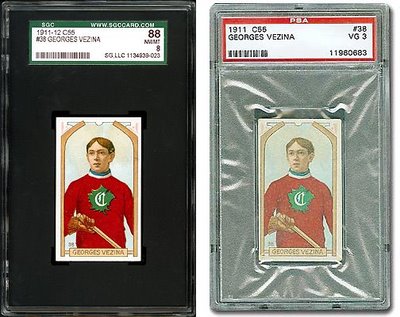 Finding a mint hockey card from the C55 set is not always easy but even the lower grades of 2 or 3, which are more commonly found, command prices up to hundreds of dollars. The Georges Vezina rookie card would be the crown jewel of any hockey card collector's collection. In the years to come it will be interesting to see what the mint graded Vezina rookie will sell for if it ever goes to auction again. 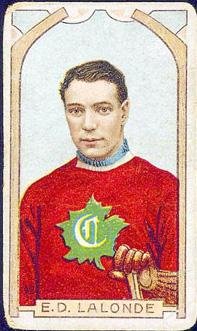 There is no record of anyone having the entire 1911-12 set in top graded shape.

That would have to be worth a million?