Tanguay Ready To Take On Montreal

Share All sharing options for: Tanguay Ready To Take On Montreal 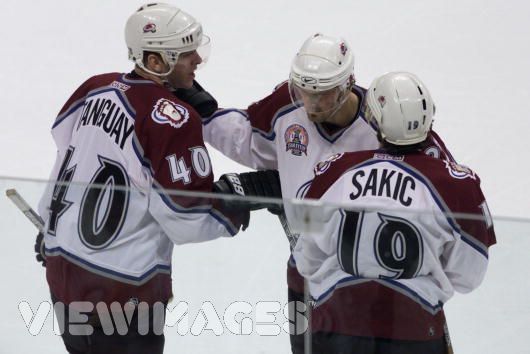 Here is a translation of Alex Tanguay's interview with Le Journal De Montreal's Pierre Durocher in this morning's paper:

"It doesn't bother me at all", he said, "I am the type of player who imposes a greater pressure on myself than the media or fans could."

"I had some very good seasons in Colorado, numbers wise. The year before the lockout, I was battling with Martin St. Louis for the scoring race. When I was injured, I had 79 points in 69 games. Even though I am considered more of a passer than a shooter, I did score 29 goals in 2005-06. I had a personal high of 81 points in my first season in Calgary, despite feeling that I wasn't playing up to potential".

"I have no doubts in my abilities, because I have already proven I am an offensive player, when I am well surrounded. My principal goal is to to help the Canadiens be as successful as possible."

Perhaps Tanguay could help the Canadiens in the drive for 25? ' 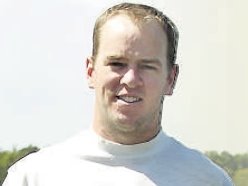 Tanguay has already contributed greatly to one Stanley Cup win in 2001, where he played a large role with 21 points in 23 games.

"I've had the opportunity, over my career, to find myself on formidable teams composed of many great leaders. They have been a profound influence on my career", Tanguay stated. "Players like Patrick Roy, Joe Sakic, raymond Bourque, and Peter Forsberg. When Milan Hejduk and I were on Joe Sakic's line in 2000-01, he was chosen the Hart trophy winner".

When Milan and I played on Forsberg's line in 2002-03, Peter won the Hart. Milan and I like to brag that it was because of us that both of them won."

Upon joining Colorado, the Avalanche organization felt it best that Tanguay billet with the Roy family.

"It was very beneficial to me. Patrick was like a big brother. We had many good discussions on the way to the arena. As a goaltender, he had a much different point of view than most. I've learned a whole bunch of tricks from players who marked that team's history."

Tanguay has remained in contact with Roy, as both reside in Lac Beauport.

"I've spoken to him about how things are run in Montreal. Our situations are very different though, as Patrick was the team's star player. I am not in his category." 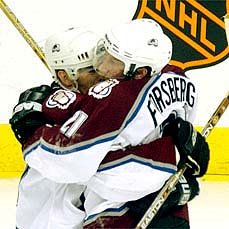 ...Tanguay will meet his new Montreal Canadiens team- mates for the first time today -- on the golf course.

"This is the most mythical hockey team. I feel like a baseball player that just got traded to the New York Yankees.

"Twice last season I asked the Flames to trade me, and Montreal was on my wish list both times," he said, vowing to carve a permanent niche for himself in his home province. 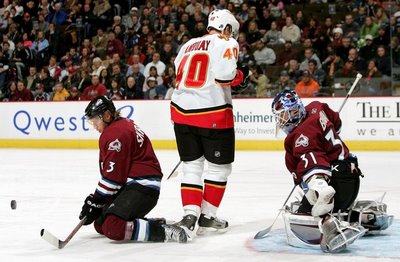 Tanguay acknowledges he ran into trouble last year in Calgary with a meagre production of 58 points (18 goals, 40 assists), down from 78 and 81 points tallies during his two previous seasons.

Coach Mike Keenan used him on a defensive line with Craig Conroy and Owen Nolan which did not please him at all.

"I thought they traded for me from Colorado because I could generate offence," Tanguay said with a bitter smile.

"I was in that sort of a situation for the first time in my career and it was tough.

"I felt out of place in their system and that's why I wanted to leave Calgary and that I waived the no-trade clause (in my contract)".

Tanguay, however, refused to voice any negative comments about Flames head coach Mike Keenan, other than saying he could be "difficult."

The six-foot-one Tanguay will need a big year with Montreal.

This is the last season of a three-year contract he signed with the Flames for $5,375,000, so he will become a free agent next summer.

"I feel comfortable with this because I fully intend to prove the team management was right to give away a draft choice to acquire my contract", he said.

"If my season is as good as expected, everything is going to fall in place".

Meanwhile, Tanguay will try to make new friends and impress his new teammates on the links of the Laval-sur-le-Lac golf course today in the Canadiens annual tournament.

With a four handicap, he could be off to a good start.