Share All sharing options for: Ryder's Dirty Laundry Gets A Second Spin Cycle 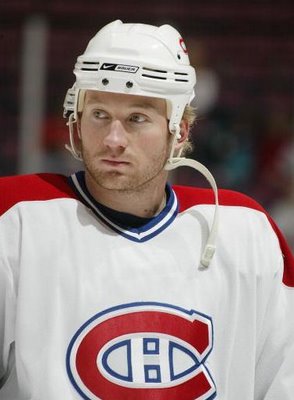 A player's attitude is the language he speaks.

The Canadiens and Bruins tilt in Halifax on Monday night has brought Michael Ryder's name to the fore once again, via a pair of interviews / articles published today.

It has become an opportunity for fans and media to rewash some dirty laundry in the tired old story regarding the circumstances, or lack thereof, of Ryder's exit from Montreal.

I have no qualms with Ryder the player, who gave abundantly to the Canadiens while being it's best goal scorer three seasons running.

Ryder, the person on the other hand, I make no claims to knowing anything of. One only learns of him, with guesses between the lines.

In the articles published, Ryder goes on to say that while he no bitterness towards the Canadiens for his season last year, he still has no clue as to why things soured.

I grumble at this type of quote, irregardless of the player, because the fact of the matter is, no one knows better than Ryder what happened. 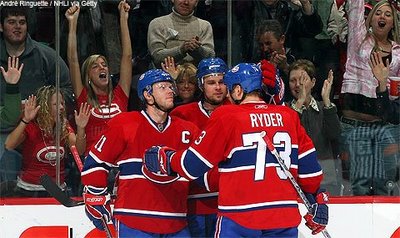 Ryder's words are not so subtle camouflaged darts at coach Guy Carbonneau, under who he previously enjoyed 25 and 30 goal seasons.

As a former coach myself, this kind of thing gets under my skin.

While my duties were small time compared to Habs bench boss, the one constant that remains no matter what coaching level is discussed, is that a player must take himself by the hand, pick himself up, put in the effort, and work through issues dilligently, showing he gives a damn.

It's not always the coaches foremost concern, he has 20 some players to manage - as both players and personalities.

The player, he has but himself to worry about.

A coach keeps an open door, makes suggestions, discusses ideas and offers advice. If the player vigourously pursues improvement, the coach become an ally. When a player fails to put in the effort, or follow advice, it is then that the coach is perceived as being against him. 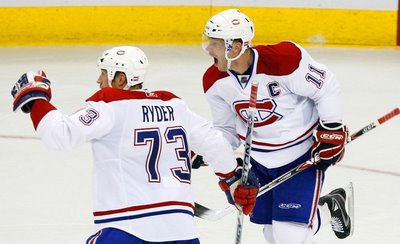 As Ryder was a valuable asset to his team and to Carbonneau as a coach, it makes little sense to even suggest that the coach would not take an interest in helping him out.

Keep such a thought in mind next time Ryder's veiled comments allude to the organization bailing on him. Keep in mind that you did not hear nor see what Ryder did about his slump.

Read between the steam streams made by Ryder's paper airplanes and look hard at where his committments were.

The onus is always on the player.

Read that sentence until you grasp it.

There are other things that can be read into this curious case, such as Ryder name dropping Gainey and Muller this time out.

Ryder has said previously that the extent of Muller's cure for his woes was to suggest that he "Shoot more, shoot faster!"

Oddly, that is the one facet of Ryder's game he needed little assistance with.

I'm happy Ryder remained mum for the most part regarding his chats with Gainey. That would really have been his undoing if he honestly divulged their content.

My perception is that if a player can't gain some measure of insight after a one on one with a straight shooter like Gainey, then he is really lost for solutions.

So then, when it comes to Ryder, it seems to one on the Canadiens brass, were willing or able to solve his dilemas for him.

Again, the onus was on himself. 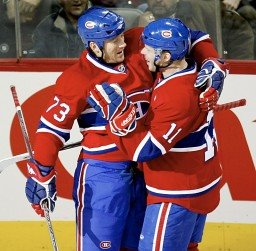 Maybe it was because Ryder tried to fix the parts of his game that he has always been good at, the things that had always come natural to him.

Where Ryder surely erred, is in lacking focus on some little things he never did well, likehis skating, his inability to protect the puck well when cradling it. Perhaps he was also not aware of how well opposing players played him like he was a one trick pony.

After watching Ryder for four seasons, I began to notice how easily he could be checked, snuffed out, and stripped of the puck. Pro hockey players and coaches pick up these things as well, some I'd hope alot faster than you or I.

My guess is that the Canadiens gave the proper teachings to Ryder, and he simply could not profit from them.

When going up against a defenseman, a puck brought to your backhand must be protected and kept a distance away.

Ryder couldn't do that.

When receiving a pass, a player needs to instinctively know upon reception whether he has a shot or not, or whether a pass is immediately the best option to keep play flowing.

Ryder could never assess that. He'd never one-time a pass into a second pass and create space, he'd always shoot without fail.

When cradling the puck, Ryder would sooner auger himself into the ice to beat an opponant before looking for a pass option. As vulnerable as he was on his backhand side, he never made any adjustment to this habit.

When it boils down to a player's whole game being played in the deep slot, it's not hard for a defenseman or forward to guess what he will do.

This is what happened to Ryder last season.

Teams learned how to play against him (except for the Rangers one night!).

The coaching staff surely went to work with him on this. His importance to the club neccesitated such.

Ryder himself made no improvement.

I don't buy it, that he doesn't know what went down, but that's his spin.

We didn't hear much from Ryder last year, as his season was going straight to hell. The fact that he never blew off an outburst might speak that he is a passive individual - who knows?

If it were me, I'd be pissed at something / everything, and everybody would know it. I'd also make damn sure everyone saw that I was doing something about it as well.

At the beginning of this rant, I prefaced it with my own quote, "A player's attitude is the language he speaks."

One other player on the Canadiens who fell below the expectations of some, is still in the clubs sights. He spent his summer improving his skating.

You all know who he is.

When things went dull in his case on occasion, he never blamed others - he took it upon himself.

What language does he speak?

The language of work and effort.