Share All sharing options for: Roy Jersey Retirement A Ribbon On A Gift To Younger Fans And Old 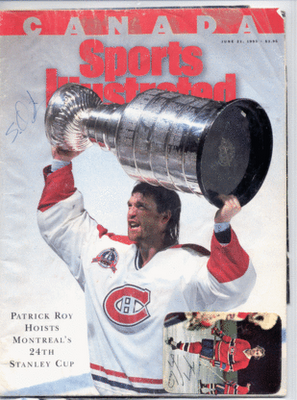 I'll state it right upfront - I have previously not been in favor of Patrick Roy's jersey number being retired during the Canadiens centennial season.

Absolutely nothing to do with his accomplishments in a Canadiens sweater.

St. Patrick's number 33 deserves the heavenly hoist up to the Bell Centre rafters, without argument.

My take, and my own I will admit, WAS that in this centennial season, such an honour should not come clouded in controversy.

It's high time we all skate around that controversy!

This season, after all, is about celebration, and plunging the depths of Roy's past doings, have little to do with the fact that without "Casseau", the Habs might well be staring down a 28 year Cup drought.

It is strongly suggested that we all remember the goalie we were absolutely in love with in 1986 and 1993, and many moments in between.

His faults and shortcomings - and he would readily admit to having many - are secondary for good, for now.

I will not get into them - it has been done to death!

Let me put it this way. There is a bible quotation that suggests a very sane method of proceeding through criticism. I do not know what it has to do with, as I do read the bible. But one does not have to, to get the gist of it.

"Let he, who has never sinned, cast the first stone."

Now go ahead and drill that rock, high and hard!

Aim for the head, the top corner! 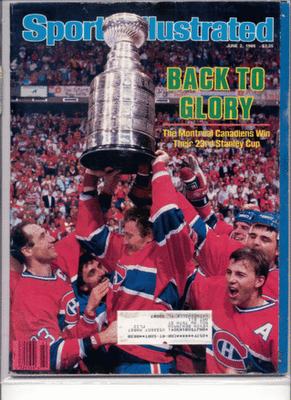 I was a Canadiens fan well before Patrick Roy came on the scene. Many of us here came on board the Habs bandwagon because of Roy's heroics.

Us oldtimers. You newer converts to the Canadiens ways.

This is where we meet. This is why we meet.

It is Patrick Roy's doing that we are all here now.

Us oldtimers, we have our legends and favorites - enough in the CH to last us a lifetime or more.

Yeah, he might have been an arrogant ass at times, putting winning ahead of every common moral and public opinion. He's as egotistical as they get, pompous, and sometimes outright belligerent.

He stopped pucks under pressure better than anyone of his time, and this honour being bestowed upon him is no "Chamber Of Commerce - Citizen Of The Year" award. It's a reckoning for deeds done well on a hockey rink.

For us oldtimers, and you younger kids cheering the team on today, our bridge is Patrick Roy.

It is he who allowed to come together, and remain together.

That something to celebrate, damnit!