Share All sharing options for: Many New Habs Books, DVD For Centennial 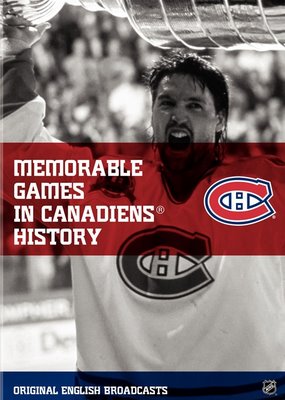 With the Canadiens rookies hitting the ice as I post this, the bookshelves of your local bookstores will soon be receiving a slamming bodycheck's worth of Montreal Canadiens related reading material for the upcoming season.

There have been several books already released or announced, and surely there will be a flood more to come in the months ahead. There have also been countless titles written on the Canadiens and their players over the seasons, and in this centennial year, you can expect a great many of them to be updated and re-released for general public consumptions. 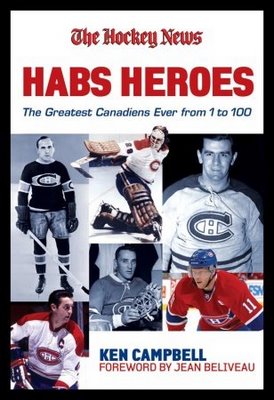 Joe Pelletier, that luckiest of lucky fellows, gets inside peeks at all these wonderful Habs books coming out before all of us common folk.

At his Hockey Book Reviews site, Joe has the lowdown on all the upcoming Habs books, such as Habs Heroes, Patrick Roy: Winning, Nothing Else, Andrew Poniek's Honoured Canadiens, 100 Years of Glory, and the DVD Memorable Games In Canadiens History. 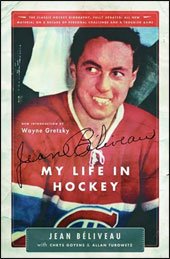 If you scan his Hockey Book Reviews site, (hey, I'll do it for you!) you will find other Canadiens related titles such as Mike Leonetti's "Canadiens Legends", Jean Beliveau's "My Life In Hockey", Roch Carrier's "Our Life With The Rocket", Chris Goyens and Frank Orr's "Rocket Richard: Reluctant Hero", and William Brown's "Doug: The Doug Harvey Story".

In addition, if your thirst for Habs reading material is as unquenchable as mine, there's always Joe's 100 plus Montreal Canadiens Legends profiles. Spanning the entire history of the club, Joe covers all the well known Habs legends in great detail, as well as some more obscure selections. Each bio is given Joe's personal touch, finding the human inside the icon. Check them out here!